Snow-vember: A look at November snow storms in St. Louis

Snow in early November isn't rare. It even happened this week last year. 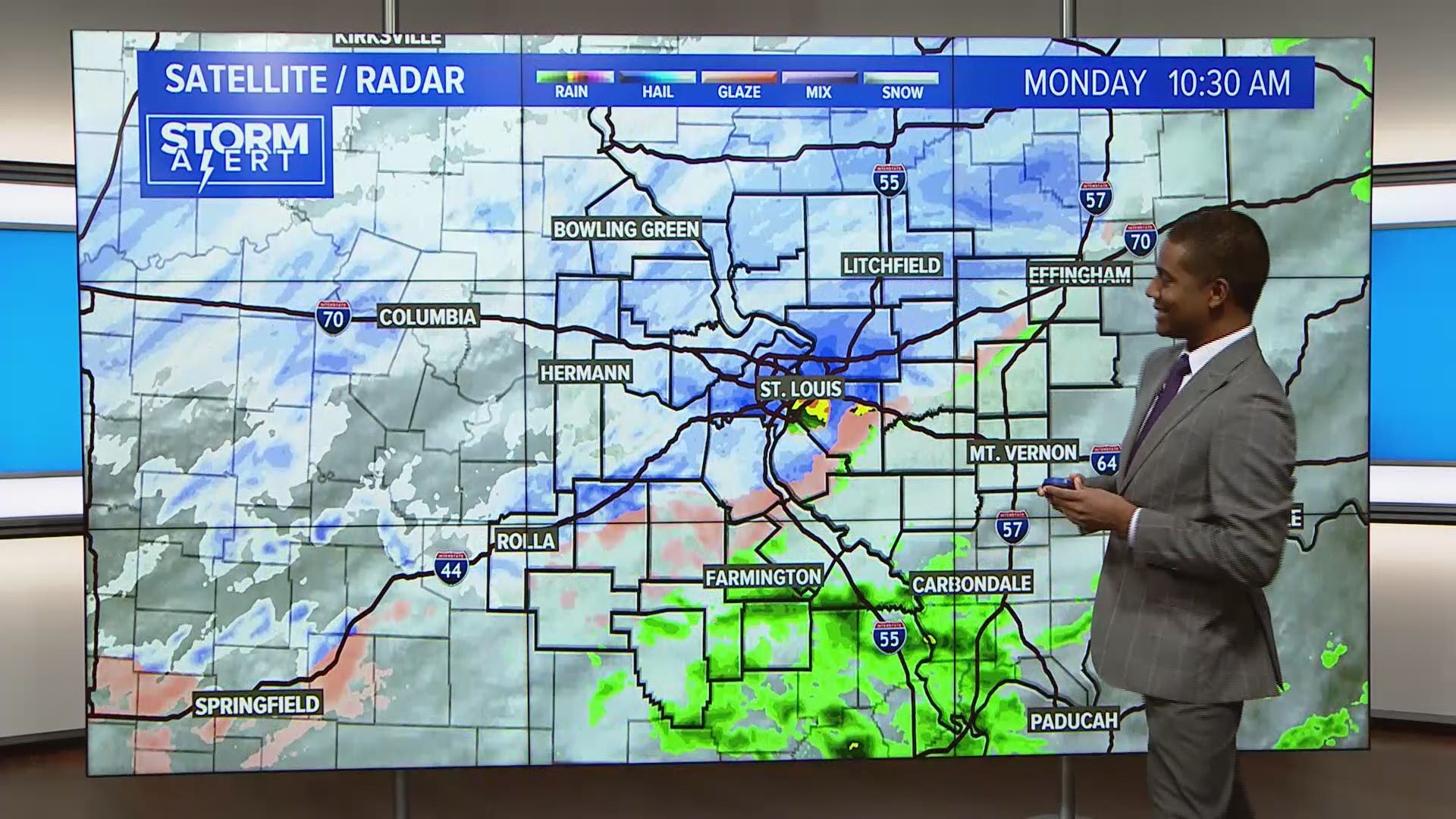 ST. LOUIS — On this snowy Monday, if you’ve found yourself saying, ‘It’s too early for snow!’… well, we’ve been here before.

Just last November, we saw flakes flying several times in the St. Louis area, including as early as Nov. 12. St. Louis got 1.2 inches of snow that day.

The St. Louis area saw a couple other snowfalls last November that weren't much individually, but overall added up to sizable amount. November 2018 was the eighth snowiest November on record for St. Louis with a total of 5.2 inches of snow.

Heavy snow in November is rare. 5 On Your Side dug into the record books to see when some of the other big November snowfalls happened.

Nov. 26, 1975: On the day before Thanksgiving, nearly 8 inches of snow fell in the area. It was so disruptive, the annual Turkey Day Game between Kirkwood and Webster Groves had to be postponed. Watch 5 On Your Side archive video of sledders on Art Hill during this snow storm.

Nov. 6-7, 1991: Only 3.9 inches fell in the area, but that was followed by three nights of record cold temperatures in the single digits and low teens. Watch 5 On Your Side archive video from this storm.