The heaviest snow band is expected to be north and west of St. Louis 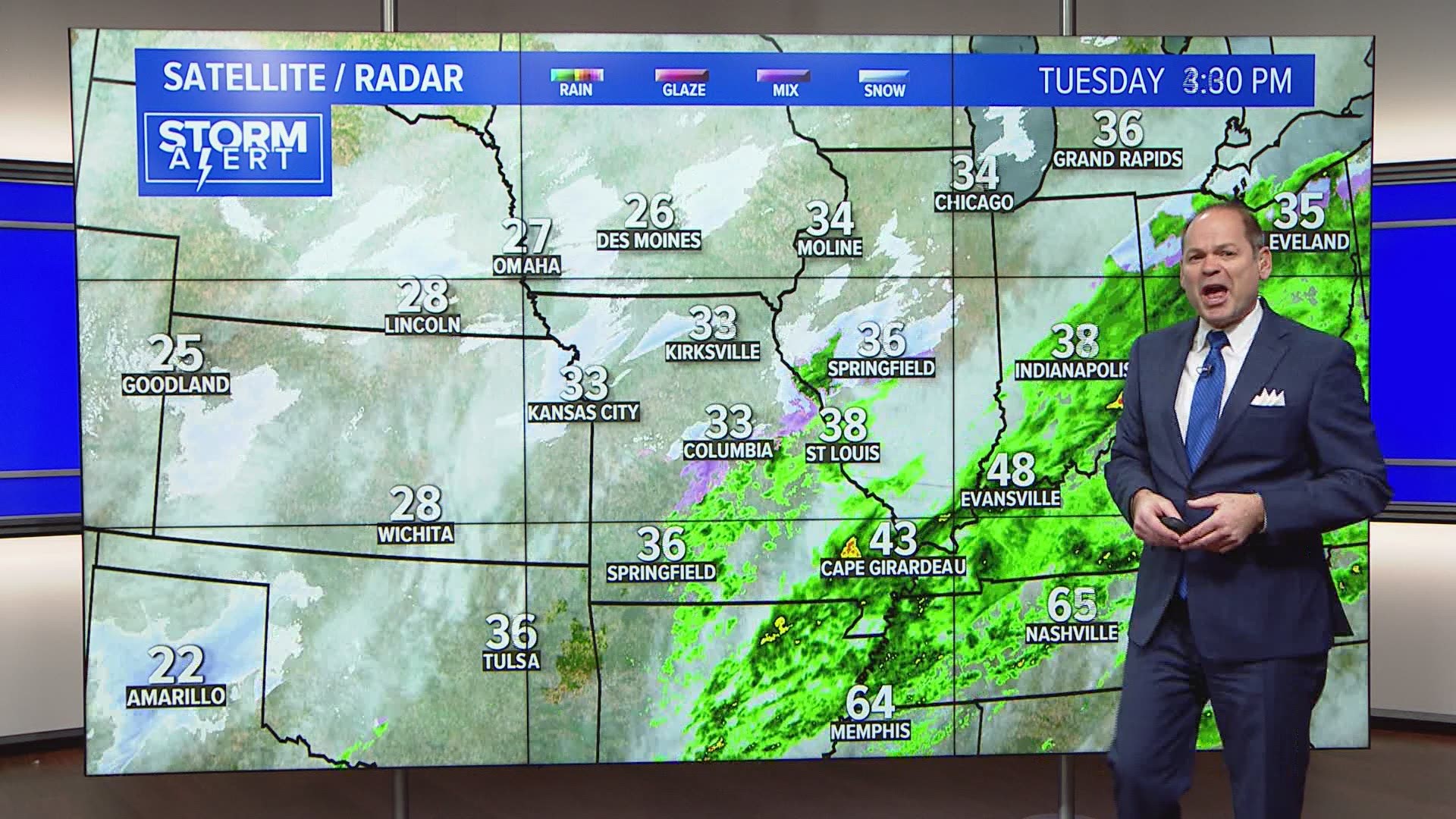 ST. LOUIS — After a couple of days with temperatures at or above 70° for parts of the area, colder weather has returned and the wintry mix isn't too far behind.

A complicated weather system is evolving across the middle part of the country from Tuesday night into early Thursday.

As temperatures drop to around freezing Tuesday evening, a light wintry mix of snow, sleet or freezing rain is possible. Little if any significant impacts are expected during the evening since ground temperatures remain above freezing.

Wednesday, the more impressive portion of this system will be approaching from the southwest. The early morning rush hour for metro St. Louis is not expected to be problematic due to weather.

By midday, the wintry mix and even some heavier snow will be pushing across the metro area. Temperatures will likely be right around freezing, but due to the heavier intensity of the snow and sleet at times, road crews may have trouble staying ahead of the accumulation.

The line between snow and a mix of snow and sleet and eventually sleet and rain or freezing rain may meander across the metro area during the afternoon and evening.

Download the 5 On Your Side app to track the wintry weather with radar and get the latest updates for your area:

Where mostly snow falls to the north and west of the St. Louis area, as much as 6 or 7 inches may accumulate. In the area where sleet mixes in, snow and sleet accumulations will likely be from 1 to 4 inches. Southeast of St. Louis, rain and freezing rain may limit any snow accumulation to under an inch, if that. With the warm ground temperatures from recent days, significant accumulations of ice are not expected.

The heaviest and steadiest precipitation will move out later Wednesday evening. Snow showers and flurries will continue into Thursday morning with little additional accumulation expected.

The National Weather Service has issued winter storm warnings for most of the 5 On Your Side area, including St. Louis, for Wednesday into early Thursday morning.

Chilly, but mainly quiet, weather is expected into the weekend.