Flash flooding may develop, especially south of the metro into early Thursday 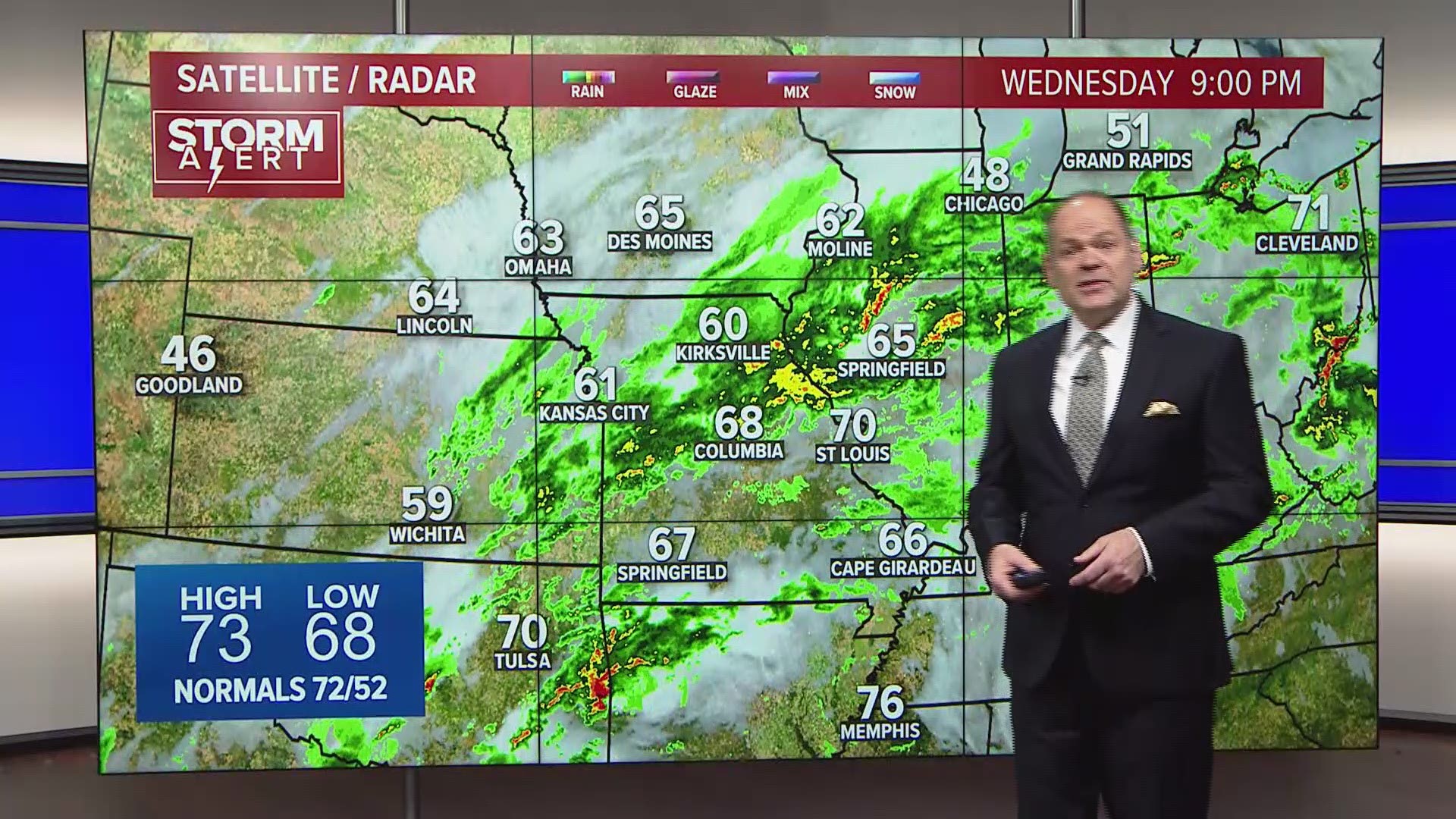 ST. LOUIS — A large storm system continues to move across the middle part of the country. Severe storms moved through southwest Missouri early Wednesday and additional severe weather has pushed into Kentucky this evening.

Showers and a few thunderstorms spread across the region early Wednesday morning dropping one to two inches of rain over southern parts of the area prompting a flash flood warning for parts of Phelps and Dent counties earlier Wednesday. A few isolated storms could be strong, but the greatest threat is expected to be from downpours which could cause areas of flash flooding.

Most areas will see another half an inch to two inches of rain which will bring southern parts of Missouri and Illinois to a storm total of two to four inches of rainfall from this system once it winds down later Thursday.

A flash flood watch has been issued for areas south of St. Louis across southern Missouri and southern Illinois into Thursday morning. Remember to never attempt to drive through flooded roadways. If you see water covering roads, turn around don't drown!

The overall severe weather threat still looks limited, but a strong storm or two cannot be ruled out over southern Missouri and southern Illinois overnight Wednesday into early Thursday.

After a couple of days with temperatures at or above 80 degrees, Wednesday into the end of the week will see a cooling trend. Some areas may not reach 70 degrees Thursday or Friday. By Friday, sunshine will return and the weekend looks warmer once again with dry weather through Sunday.