Storm Alert | A little more snow on the way Wednesday, and a warmup for the weekend

While it remains cold, there are signs the cold pattern will be easing soon 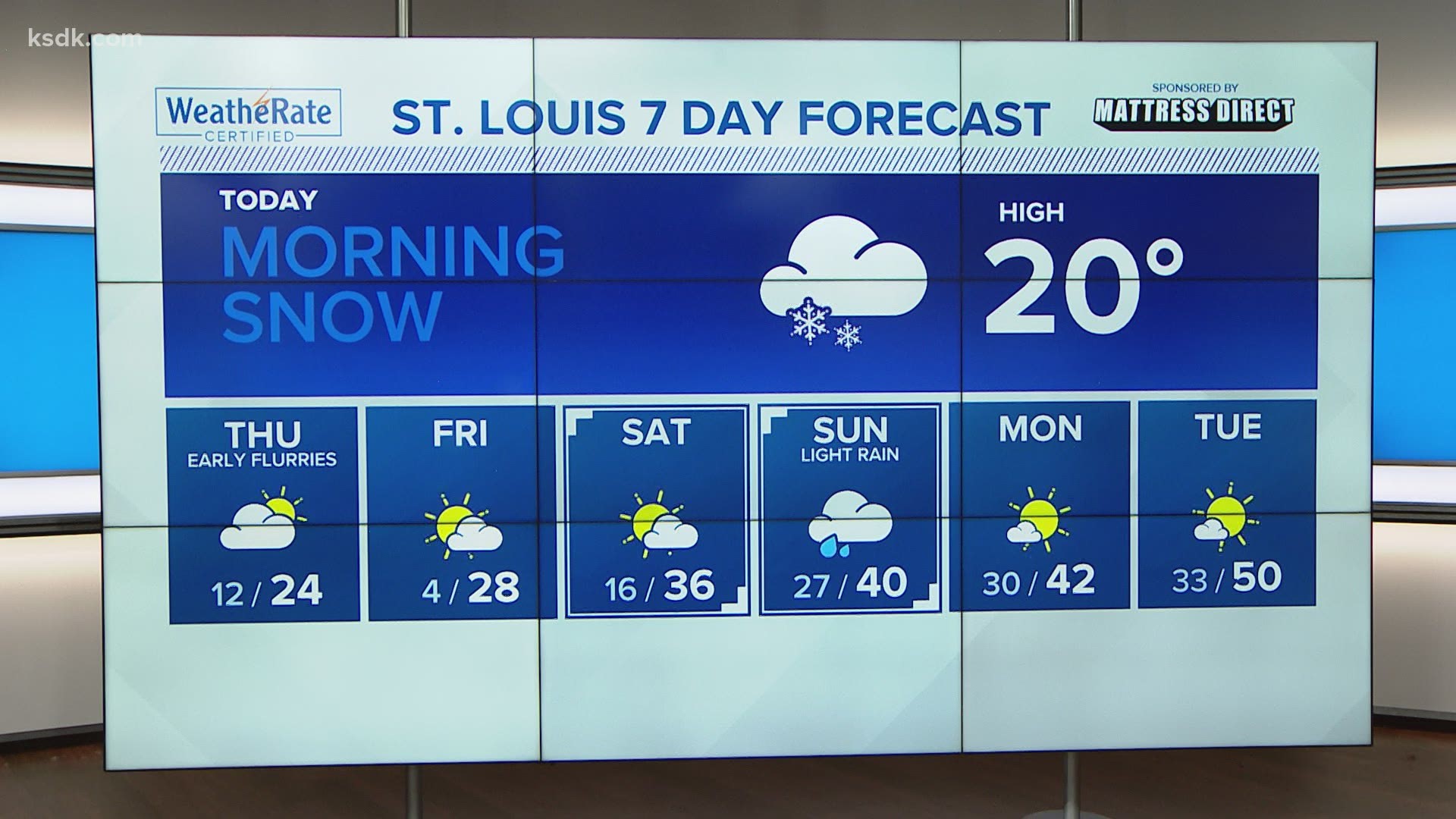 ST. LOUIS — After a widespread snowfall of five to 10 inches across the St. Louis region on Presidents Day, early morning low temperatures Tuesday dropped below zero in most areas.

Officially in St. Louis, the morning low was minus 4, just shy of the record low for the day of minus 5 which was set in 1958. Potosi, Missouri, was one of the coldest locations with a low of minus 13.

With bright sunshine, afternoon temperatures recovered into the middle teens allowing road crews to make good progress to get the roads ready for the next weather system that arrives Wednesday morning.

Credit: Beth
Photo from Beth of snow in Marthasville, MO

Before the clouds begin to increase later in the evening on Tuesday, the mainly-clear sky, light wind and fresh snow on the ground will cause temperatures to drop rapidly with some areas east of St. Louis dropping below zero by 8 or 9 p.m.

Temperatures will steady out or start to rise as the clouds increase later Tuesday night into early Wednesday.

Light snow is expected to fall during the morning hours across the St. Louis metro area and may begin just before sunrise. The stronger part of this system will be tracking farther south than Monday's system, so our snowfall amounts will generally be light.

Under an inch is possible east of St. Louis with an inch or two possible for much of the rest of the area west and south of the metro. Over the eastern Ozarks, there could be localized three- to four-inch accumulations as those areas are closer to the track of the system.

RELATED: Track the wintry weather with our live interactive radar

While subfreezing weather is expected to continue non-stop into Saturday morning, by Saturday afternoon, we expect the temperature to climb above freezing for the first time since the evening of Feb. 5.