Thousands without power after storms move through St. Louis area

At the peak, more than 30,000 Ameren customers in Missouri and Illinois were without power 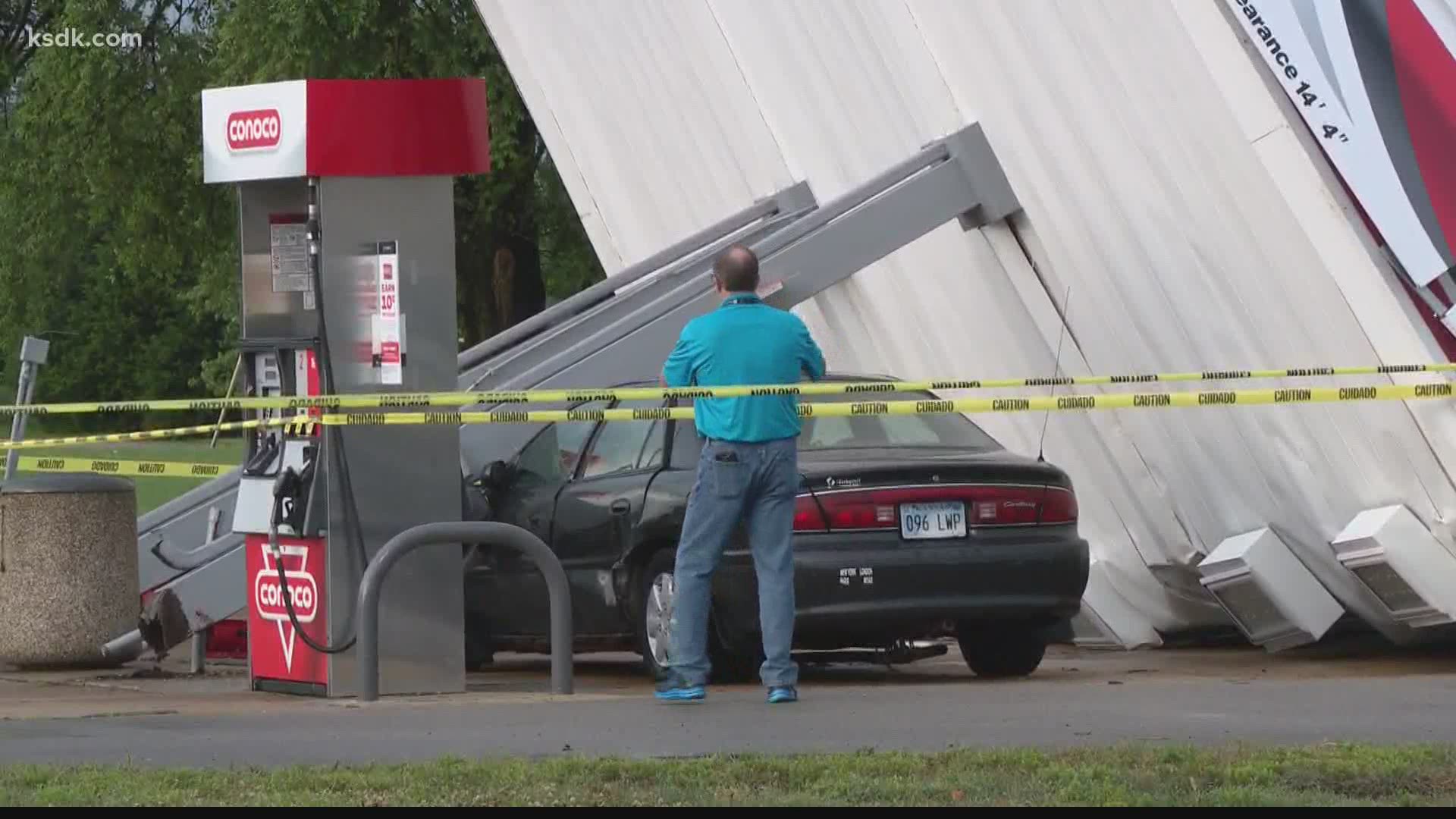 ST. LOUIS — Power has been restored to thousands of Ameren customers in Missouri and Illinois after strong storms moved through the St. Louis area Wednesday evening.

At the peak, more than 30,000 Ameren customers in Missouri and Illinois were without power.

According to the Ameren outage map, about 15,000 customers in just St. Louis County were without power as of 7:30 p.m. There were also about 200 outages reported in St. Charles County and the city of St. Louis. More than 6,500 outages were reported in Madison County, Illinois, Montgomery county reported about 1,350 outages and about 1,000 in St. Clair County.

Strong thunderstorms developed over parts of the area throughout the afternoon and into the evening. Some of the storms contained strong gusty winds.

Afternoon temperatures were in the upper 80s and lower 90s before the storms arrive with heat index values approaching 100 degrees. The added humidity and a weather disturbance moving into the region instigated storm development during the mid-afternoon for areas west and northwest of St. Louis.

Storms are then moved east toward the metro area by the evening rush hour. Through the evening, the severe weather threat shifted east into Illinois with the line of storms.

By early Thursday morning, the rain chances will diminish. There is a low chance of a spot shower or storm Thursday and a slightly higher chance some of us will see a storm on Friday as we transition into our hot weekend weather pattern.

Dangerous heat will build into the area Friday into the weekend. Weekend heat index values will range from 100 to 110 degrees.

RELATED: COVID-19 in the heat: Why doctors worry this heat wave could be extra dangerous

RELATED: The science behind how heat waves form