Maine will see another wintry storm system Sunday night into Tuesday morning. Snow could be plowable, especially in southern Maine. 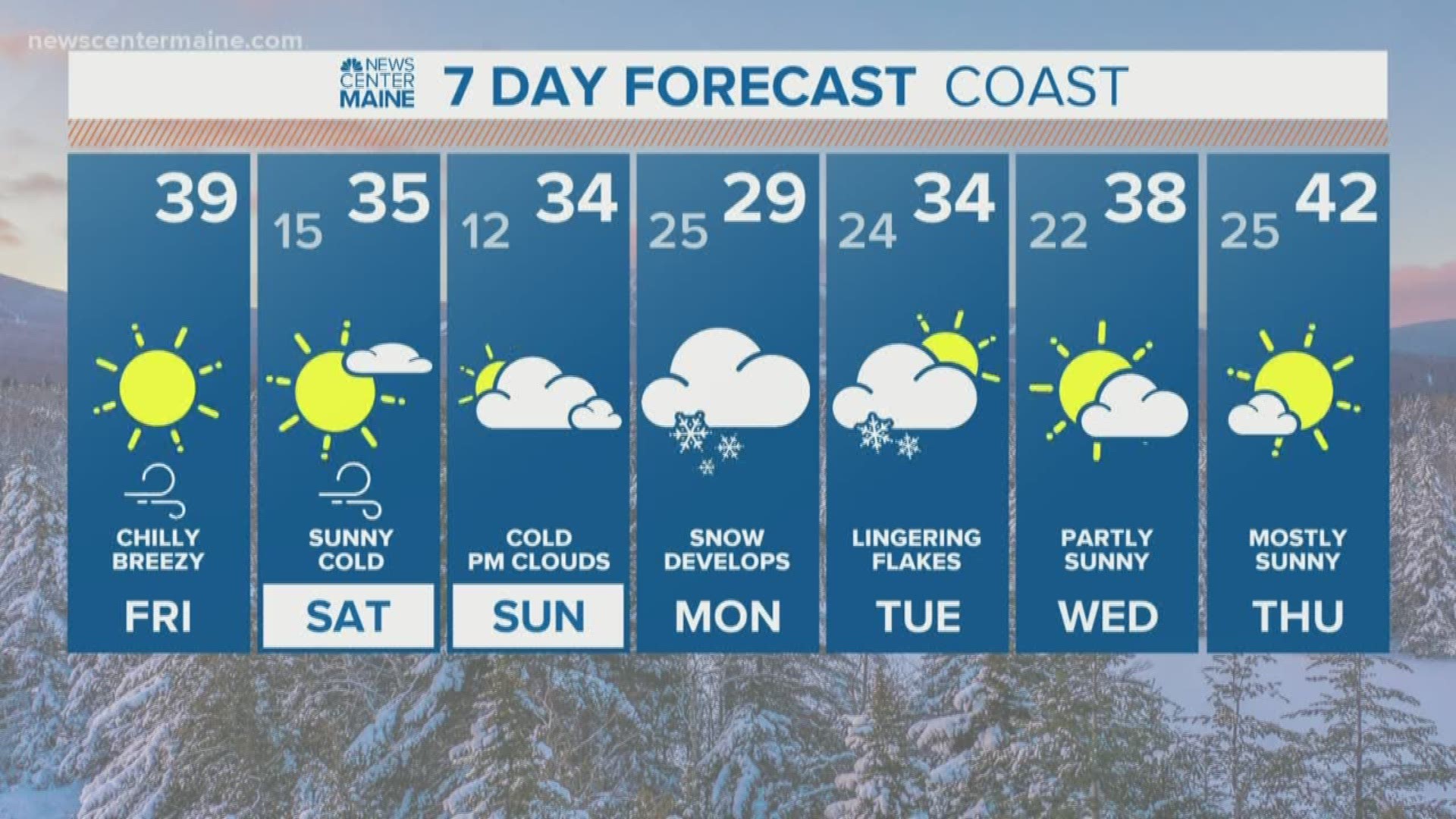 MAINE, USA — Another wintry system is on the way, just in time to kick off the month of December.

Low pressure forms off of the coast of New Jersey on Sunday and the precipitation field begins to spread north. The first flakes will fall in Pennsylvania and snow keeps building north and east into New England.

By Sunday night, snow is expected through portions of far southern Maine, as well as along the New Hampshire border.

It's a bit too early to talk totals right now. The track of the low still could shift since the storm is a few days out. Either way, it looks wintry starting Sunday evening.

Models are showing two rounds of snow as the low meanders off the coastline. The first wraps up Monday morning and mostly affects southern and western Maine.

Credit: NEWS CENTER Maine
Snow starts up in Maine late Sunday and spreads north through the day on Monday.

As the low pushes east into the Gulf of Maine late Monday, round two starts up and snow overspreads the state from Kittery to Caribou.

While there are no forecast totals set in stone, this burst of snow will be plowable for most. The heaviest snow actually falls through southern Maine and near the coast, which is the opposite of most storms so far this season.

Credit: NOAA
This is forecast model spread for the Portland Jetport. Snow totals will likely be more than a couple inches, with a cluster in model ensembles near the 6" mark.

Credit: NOAA
This is the forecast ensemble spread for Bangor International Airport. Most of the forecast totals are lower than along the coast, but plowable snow is still possible.

If you have to travel back from your Thanksgiving destinations, try to knock it out Saturday or Sunday morning. Monday and Tuesday will likely be messy with more impacts to travel.

Snow wraps up Tuesday night as the low exits to the east. Behind this storm, another shot of cold air will be incoming, though not as impressive as other cold air outbreaks so far this cold season.

RELATED: Travel tips to keep this Thanksgiving as stress-free as possible

Stay safe and travel slowly on snow covered roads and in snow bands.