What lack of snowfall means for St. Louis

Even after factoring in Friday's forecast, St. Louis is behind for snow 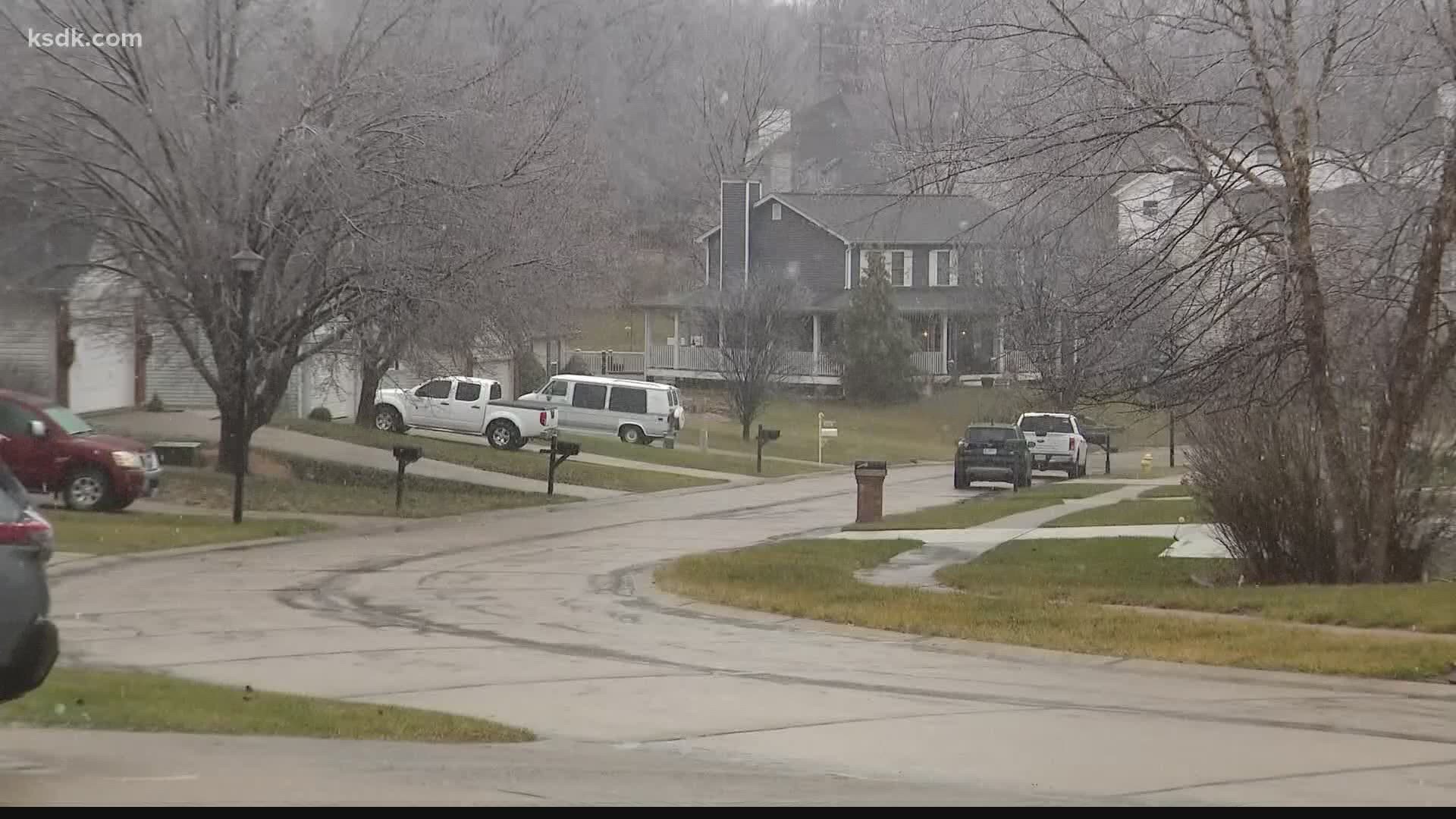 Sledding may finally be possible for some areas Friday afternoon. Up until then, the only sled-worthy snow has been at Hidden Valley in Eureka and that snow is man-made.

"Who doesn't want snow?" asked Wildwood resident Teresa Braeckel. After missing out on a white Christmas, Braeckel wants at least a little snow to play with her daughter Clare in.

Friday's snow doesn't look great, but it will at least be something.

"We could see some high intensity snow across parts of the metro tomorrow," Mark Fuchs with the National Weather Service Office in St. Louis said, "That's not out of the question, but it will be brief, showery-type snowfalls."

Fuchs is a hydrologist with the National Weather Service office in St. Louis. He said even though this season has been dry, don't pack up the sleds yet.

"There's a lot of winter left. We could see significant snowfall in late January, much of the month of February is a snow month for sure," Fuchs said.

As St. Louisans know, our weather can be notoriously unpredictable, so don't count winter out of the spring months either.

"You can't even rule out March and April," Fuchs explained. "We've seen big events in both months. In fact, in St. Louis we've seen measurable snow as late as early May."

There is hope for a few snow days and winter fun, but if the weather decides to stay dry, drought could become part of the vernacular.

"Drought will be a concern as we get into the spring and especially in the summer," Fuchs said. Drought would mean flooding would be less likely, but farmers could struggle with their growing season.

The reason flooding would be less likely, is that without decent amounts of snow or rain, the soil is able to dry out. When it's dry, soil can absorb rain and snowmelt, containing it and preventing it from contributing to river and stream rise.

This interactive map from the U.S. Geological Survey shows current streamflow data compared to historical averages. When hovering over St. Louis, you'll see the Mississippi is at 55% (green), normal flow for this time of year. Average is between 88% and 106%. The interactive USGS map for Illinois can be found at this link.

"Everywhere soils are dry enough that they can accept water. So even if we had a lot of snowfall, there's some room in the soil to accept moisture," Fuchs said.

Dry winters like this season's is, at least for now, very unusual.

"Is not normal to see this low of snow amounts, not only here, but especially in the upper Midwest and the upper Great Plains," explained Fuchs.

The U.S. Drought Monitor shows parts of Missouri and Illinois in the abnormally dry category. Some areas of Central Illinois are even in the "moderate" and "severe" drought categories. Lack of snowfall north of St. Louis means less melt and less water downstream in the spring.

Fuchs said we aren't in dire need of snow, but it would certainly help set St. Louis up for a successful growing season. He said spring is really when moisture counts.

"Spring is going to tell the tale of how we're able to manage water resources through the summer months. Usually we get a fair amount of rain in the spring and if we don't get that rain, drought will be a concern." 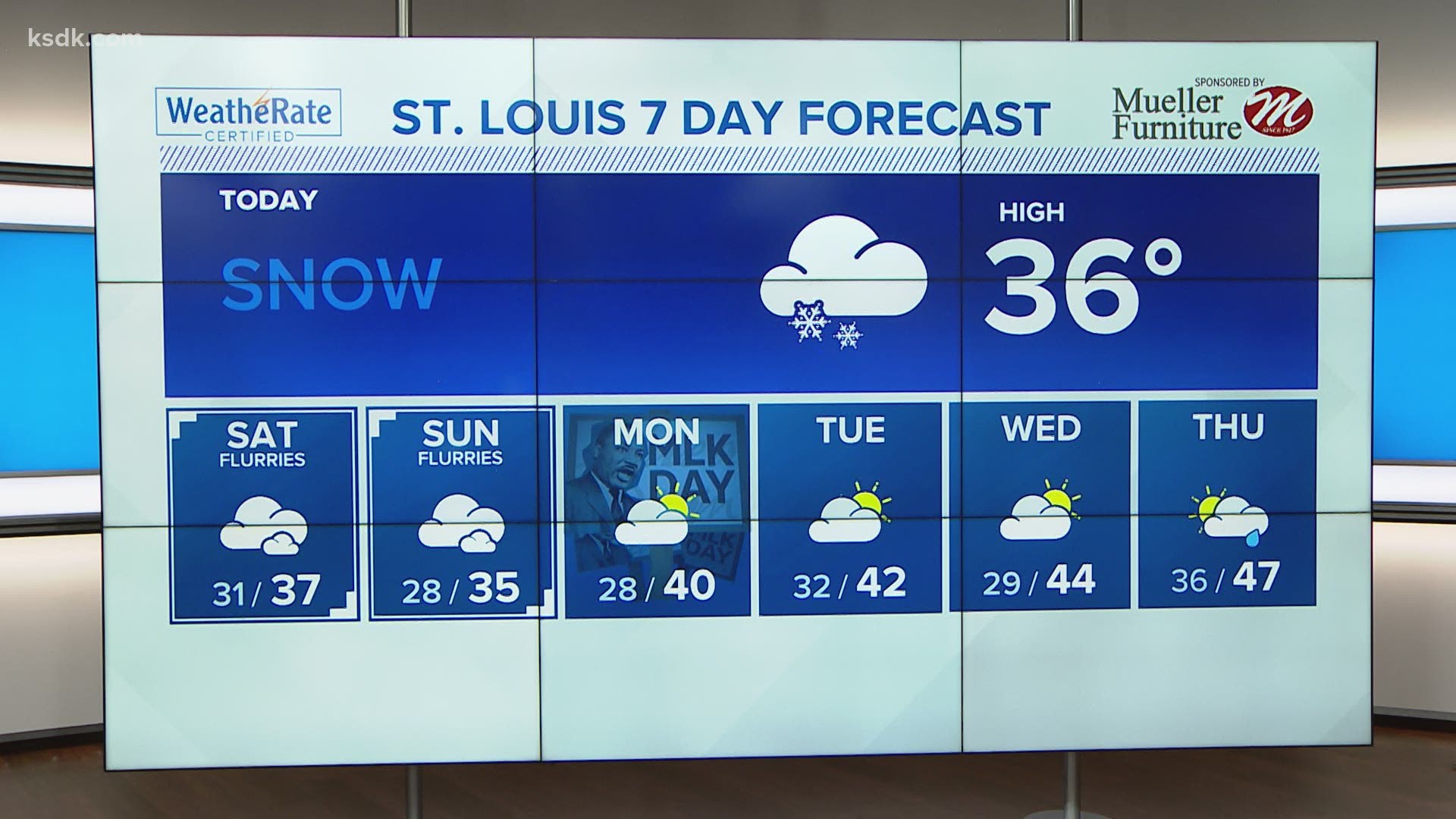