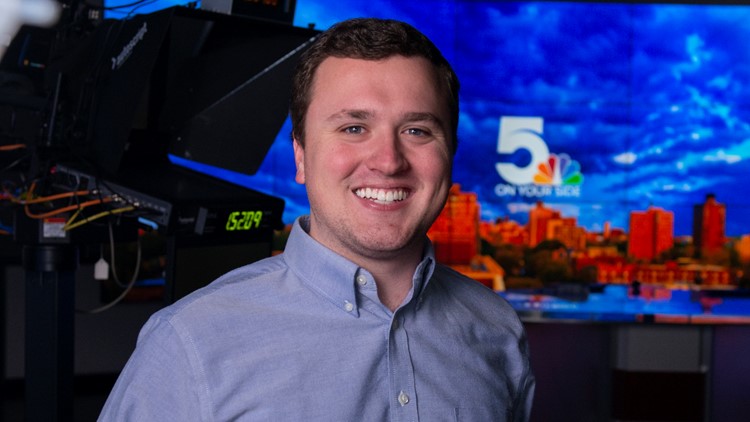 Corey Miller is a St. Louis area native and digital producer specializing in digital and social video for 5 On Your Side’s platforms.

He's been watching 5 On Your Side since he was in diapers and used to tune in nightly to watch Karen Foss on the anchor desk and Mike Bush doing sports.

Corey grew up about 40 minutes from downtown St. Louis in Freeburg, Illinois, and always dreamed of someday working at 5 On Your Side. In 2016, that dream was realized when he joined that station as a summer intern while on break from the University of Missouri, Columbia (M-I-Z!).

After Corey graduated from Mizzou with a degree in broadcast journalism and a minor in business, he joined 5 On Your Side as a production assistant. After only a few months in that part-time role, Corey was promoted and joined the digital content team in the newly-created position of digital video specialist.

Each day Corey spends his time producing original digital video and stories by working with reporters and photographers to get great content and by going out into the field and shooting stories himself. He also hosts the Sports Plus podcast, which dissects, analyzes, debates, and adds historical context to the sports topics captivating the fans of the St. Louis metro area.

When he’s not at work, he’s usually off somewhere thinking about baseball.