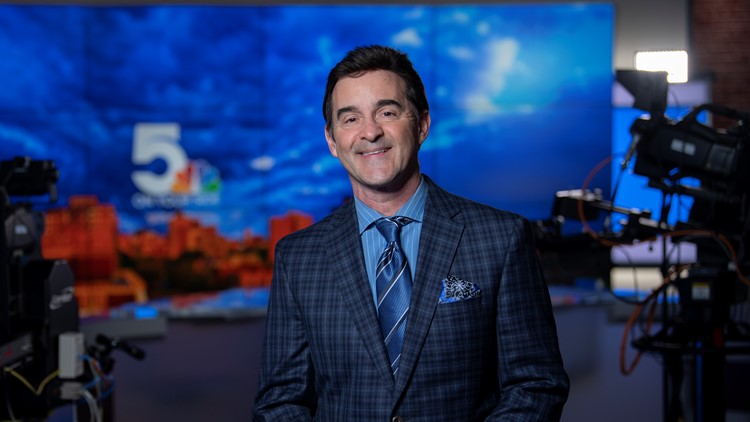 Photo by: Doug Howell/5 On Your Side
Frank Cusumano

Frank Cusumano is a reporter and anchor at 5 On Your Side in St. Louis, Missouri and specializes in sports reporting and anchoring.

During his time at KSDK, he’s won 17 Emmys, including Best Sports Anchor for his storytelling and sports coverage. He also has an Edward R. Murrow Award, and is a voter for the Heisman Trophy and the St. Louis Cardinals Hall of Fame. In April 2017 he received the Jack Buck Award from the St. Louis Amateur Baseball Hall of Fame.

In 2016, Frank landed his dream job when he was named 5 On Your Side sports director.

“Some kids want to be doctors, others want to be lawyers, all I have ever wanted to do is to talk about sports on television and radio in St. Louis,” said Frank. “I am honored to be able to tell the stories of these incredible athletes in our town.”

Frank is a native St. Louisan, and played on DeSmet’s high school basketball state championship team, which won 63 games in a row. After that, he played basketball for four years at UMSL. If you’ve ever watched Frank before on TV, you know that he loves living and working in St. Louis.

“Every high school, every college, and every pro team that I cover now, I grew up watching,” said Frank. “It’s kind of nice that my 90-year-old mother can watch me on TV.”

If Frank wasn’t a sportscaster, he says he’d be a basketball coach, and he plans on doing it full-time one day.

In addition to juggling his work at 5 On Your Side and coaching basketball, he has a franchise called Frank's Food Picks where he profiles popular dishes at local restaurants. He also hosts a daily radio show called The Pressbox on CBS Sports Radio 920. His fourth job (and admittedly his favorite) is Official Taste Tester at his family’s restaurant, Kemolls.

When he’s not at one of his four jobs, Frank enjoys spending time with his three kids, or just hanging out with his wife, Monique.

“I’d rather spend a Saturday night with Monique than with anyone else in the world,” he said.