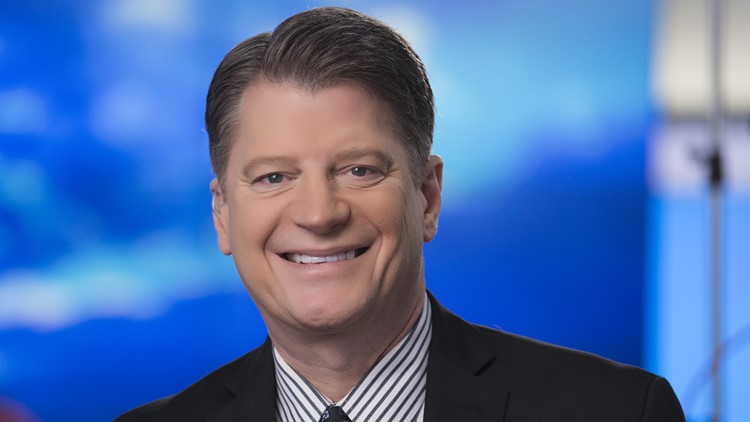 Photo by: Doug Howell/5 On Your Side
Mike Bush

Mike Bush is a anchor and reporter at 5 On Your Side in St. Louis, Missouri, specializing in producing award winning storytelling and anchoring our evening newscasts. He anchors the 5 p.m. newscast with Kay Quinn and the 6 p.m. and 10 p.m. newscasts with Anne Allred.

Mike likes to say that he's worked at 5 On Your Side since the Paleozoic Era, but really, he's been here since 1985. He attended University of Arizona and majored in broadcast journalism and in 1978 was hired for a job at WVUE in New Orleans before he graduated.

He also worked at stations in Tucson and Kansas City before coming to 5 On Your Side as a sports reporter. He was promoted to sports director in 1986.

“I think St. Louis is truly a hidden gem in this country,” said Mike. “From Cardinals baseball to the St. Louis Symphony, it offers everything you’d want while raising a family. I was born in Chicago, but St. Louis is, and will always be, my home.”

Mike started his transition from sports to news in 2002, anchoring the Sunday evening shows while continuing his work as sports director. He moved to news full-time in 2003.

“I turned down an opportunity to move to news a couple years earlier, but after 9/11, I was asked again and I thought it would be a good time to make the switch,” said Mike. “A lot was happening in the world that was important, and I wanted to tell a wider range of stories.”

Throughout his four decades in television, Mike has earned many awards, including dozens of Mid-America Emmy Awards, 18 Edward R. Murrows, a National Edward R. Murrow, and honors from the Missouri Broadcasters Association and the Associated Press. In 2012, he was inducted into the National Academy of Arts & Sciences’ Silver Circle, which recognizes broadcast pioneers who have worked in the industry for at least 25 years.

“I’ve never won an award on my own,” said Mike. “Television news is always a team effort and I’ve been very lucky to work with many great people who make me look better than I am.”

Mike is known throughout the St. Louis community for his good news segment, Making a Difference, which he uses to shine a light on people who often fly under the radar while truly making a difference in the community.

If you know of a unique, positive story, or if you know of an individual who is under the radar but going above and beyond to make a difference in the community, Mike wants to know.