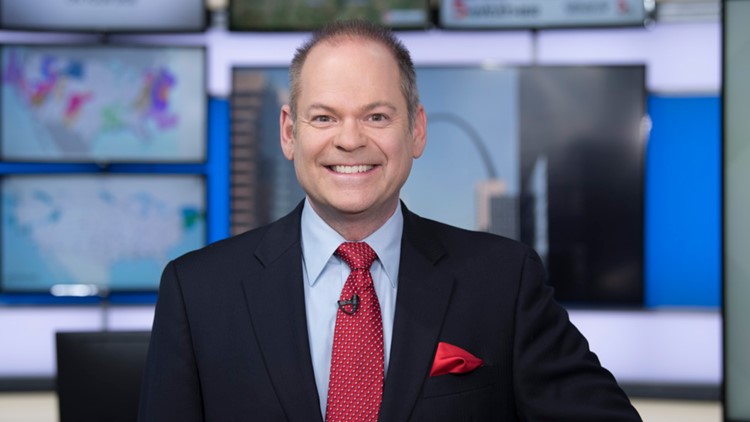 Scott Connell is the chief meteorologist at 5 On Your Side in St. Louis, Missouri and specializes in delivering St. Louis' most accurate weather forecast.

For 26 years St. Louisans woke up to Scott’s forecasts on Today in St. Louis. Filling that role meant Scott awakened each weekday at 12:30 a.m. In 2017, he moved to a more traditional sleep schedule, and can be seen on 5 On Your Side on weekend nights and various newscasts throughout the week. He was promoted to chief meteorologist in July 2019.

Scott first caught the weather bug in 1979 when a blizzard blasted his hometown on the eastern shore of Maryland with nearly two feet of snow with drifts up to five feet.

“It was every kid’s dream,” said Scott. “Tons of snow and no school for a week! That was the defining moment that steered me toward a career in weather.”

When Scott was in eighth grade, a new television station was coming to town. He read in the newspaper they needed a meteorologist, so he put on his one navy blue blazer, gray pants, and a tie and walked down to the old drug store that was being remodeled into a television station. He was only 14, but he asked to speak with the general manager.

“I told him I wanted to do the weekend weather,” laughed Scott. “I found myself sitting in the news director’s office explaining what I could do for them. They must have been amused because he asked me to write a resume.”

He still has that resume, and it lists as experience: none!

The news director created a position for Scott, allowing him to come in each week and research the high and low temperatures, giving him his first big break in TV.

“This was before computers, which can now do in a few minutes what took me weeks to accomplish,” said Scott. “Even though I wasn’t on-air, I got a great education about weather from meteorologists Greg Fishel, John Bulatewicz, and even Mike Seidel of Weather Channel fame.”

Scott has an M.S. in Geoscience from Mississippi State University and earned a B.S. in Meteorology at North Carolina State University. While getting his undergraduate degree he worked part-time for TV stations in New Bern and Raleigh, getting great work experience. His first time on-air is a moment he’ll never forget.

“My first time on-air was at the NBC station in Raleigh,” said Scott. “All of my friends from college were watching, and I thought my heart was going to pound out of my chest. But I got some great experience there and some great guidance from many people along the way who helped me get to St. Louis.”

Scott started at 5 On Your Side in 1991, working alongside Today in St. Louis co-anchors Art Holliday and Jennifer Blome. His youthful appearance led to the nickname “Cubbie,” which you still sometimes hear around the news station all these years later.

“I’ve been working with the best, both behind-the-scenes and on-camera since I got here. I’m very fortunate to have a job that I love and family who supports me,” said Scott.