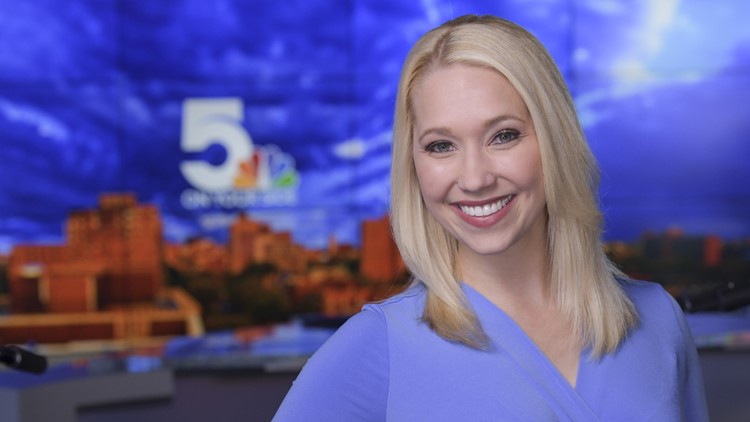 Photo by: Doug Howell/5 On Your Side
Tracy Hinson

Tracy Hinson is a meteorologist and general assignment multi-skilled journalist at 5 On Your Side in St. Louis. She specializes in delivering St. Louis’ most accurate weather forecast and storytelling. You can catch Tracy’s forecasts Saturdays and Sundays on Today in St. Louis and her reports throughout the week.

Tracy is a native of Sunnyvale, California, which is in the heart of Silicon Valley. She grew up with cherry orchards in her backyard, farmed by a neighbor named Charlie who once told a very young Steve Jobs and Steve Wozniak to “stop playing with gadgets and start mowing lawns.”

In fifth grade Tracy watched a very rare anti-cyclonic tornado form over Sunnyvale. It was then she decided she wanted to be a meteorologist, and she stuck to her plan. She loves all things science and calls herself the Queen of Winter - it’s her favorite season. She loves skiing, ice skating, and taking her horse, Star, for walks in the snow.

Speaking of animals, Tracy also has a prairie dog named Herbie and a cat named Oliver Nacho. She loves animals and plans to someday retire on a farm where she can care for all kinds of animals.

She also has a passion for macaroni and cheese. She runs a website called missmacncheese.com where she logs the macaroni dishes she eats and rates them on a scale from “Mactastic” (“pretty darn amazingly good”) to “Macky” (just “good”).

Tracy has been part of the 5 On Your Side Weather team since April 2019.