Donna Vickers went to culinary school, but her recipes were born in her mother's kitchen 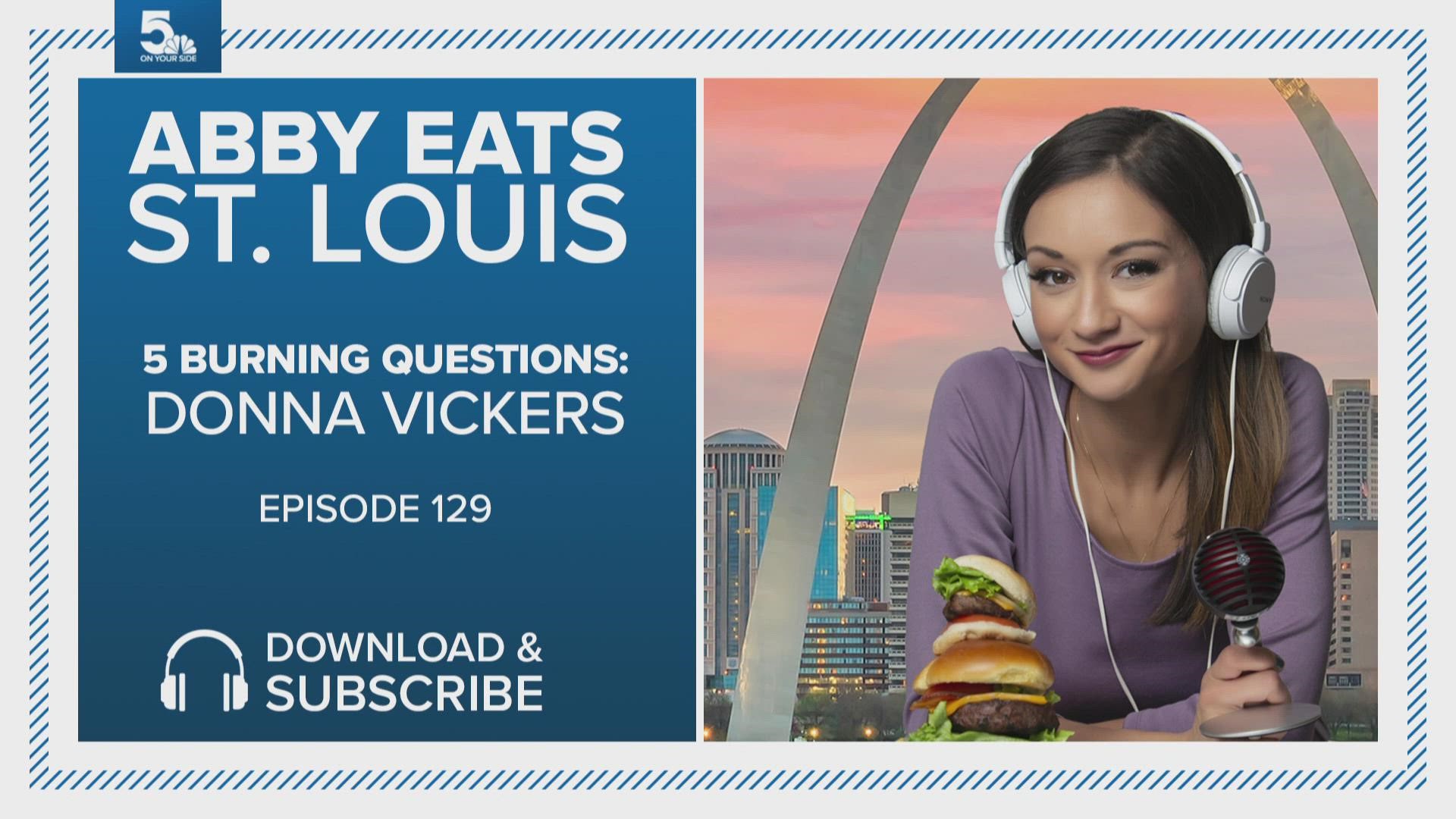 ST. LOUIS — What began as a part-time catering company and cooking ministry at area churches became a self-published cookbook and a line of packaged seasonings, and is now a full-time job for Donna Vickers.

The former nurse is the chef and owner of Simply Cooking With Donna. In the midst of preparing to open her new north St. Louis County restaurant and days before her Taste of St. Louis debut, Vickers sat down with Abby Llorico for this week’s Abby Eats St. Louis podcast to answer “5 Burning Questions.”

Listen to this week’s podcast for the details on Taste of St. Louis, the latest food news and other exciting things happening around St. Louis this weekend. Answers below lightly edited for brevity and clarity.

What is the secret ingredient in “Simply Cooking With Donna?”

DV: Just love. Having the love for people first, and then having love for the craft, because cooking is an art, you know, and you have to love it. You have to prepare for it, with time, you have to have patience. It's just like a baby. And so you have to nurture it, and it just develops over time.

If you were to make a meal for the two of us to sit down and eat right now, what would you make?

What inspires your cooking?

DV: It really has a soul food twang to it. My dad was a sharecropper and so they were poor, but he always told us that they always ate well. And he introduced that cooking to my mother. My mother then took that cooking skill and my dad stopped cooking! You know, he taught her, then he didn't have to cook any more.

I'm the youngest of nine children, and so my mom cooked breakfast, lunch, dinner, and we had snacks, and we didn't eat out much because she cooked. In the '60s, in the '70s, there wasn't all the restaurant hopping like we do now. And so my mom and I were really close and she would be in the kitchen and I would be with her. She never formally taught me any of the recipes. Somehow I just remembered them. And once I became an adult, she one day asked me, “How do you know how to cook?” And I honestly couldn't answer the question other than just from watching her.

What’s next for Simply Cooking With Donna?

DV: In the time of uncertainty with COVID and the havoc that's being wrecked upon the restaurant industry and food service industry, we actually won a great surprise. So in February of 2021 I was informed that I was a winner of a contest that I just arbitrarily entered. You win a complete build out of a new restaurant, you win a grant for $10,000 to help cover the appliances that you need along with the build out. Last year, I just completed the application, hit send and thought no more about it, honestly, no more about it. I never told anyone. I still never imagined that I would win. I was blown away. I still am blown away today. So that's underway. Construction is underway and I'm so thankful. We’re looking at October the 15th for our grand reopening.

With the Taste of St. Louis, with it being such a large platform, I did the same thing with that application and I said, I won't hear back. And I heard back and it said, "Welcome to Restaurant Row." And I was blown away again. So, we're so excited to be on this platform among some of the biggest restaurants. And we want to put our best foot forward. We want this to be seamless and effortless. And we want to be able to serve the public with our whole hearts.

With all of this good news, what are you most thankful for right now?