The packaging is almost as important as the food itself 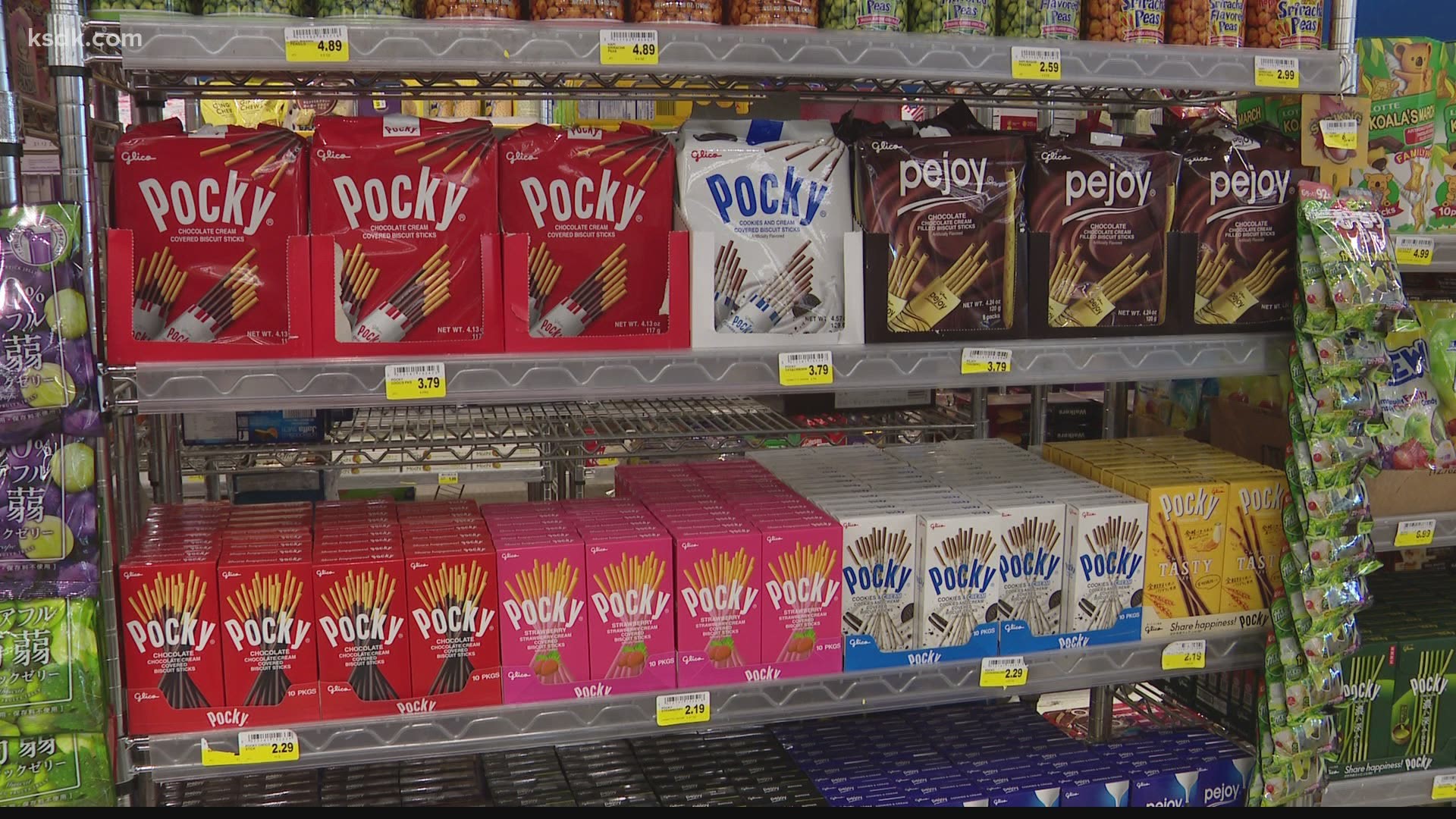 Is your mouth watering yet? Or at least, is your curiosity piqued?

Luckily you don’t have to travel all the way to Tokyo to sample these or other quirky flavors for which Japanese snack foods are known.

“We have a wonderful Japanese selection,” said Shayn Prapaisilp, co-owner of Global Foods grocery in Kirkwood.

The grocer is offering special Olympic “snack packs” with treats from around the world in celebration of the games and has set up a special section at the front of the store to highlight the large number of snacks and sweets from the host country. Prapaisilp said the Japanese items are always in high demand, but even more so in recent years and especially now.

“People are really interested in Japanese culture, which eventually leads them to want to explore Japanese food.”

The cuisine is best known for sushi, ramen, even hibachi. The prepackaged snack foods have also been increasingly popular for their unique flavors and creative and cutesy wrappers, evocative of other art and design trends in Japan.

“The packaging is just as important as the taste.”

“I say, you know what, if you can't read it, it's kind of half the fun,” said Prapaisilp.

People in Japan eat about 350,000 tons of sweet breads, candies, pastries and other treats every single year, but each person only eats about 100 calories of sweets every day — evidence that overall, they often aren’t as decadent as the packaging might suggest. And remember, flavors that might seem foreign to us are actually quite familiar to the Japanese palate.

“They use a lot of their ingredients that they're familiar with: red bean, ube [sweet potato] and just kind of make it really accessible. I personally like it because it is a little bit more of a restrained sweetness.”

Consider this: Tokyo has more restaurants than any other city in the world, but many of them are quite expensive, so people don’t “go out to eat” at those restaurants very often. Instead, 7-Eleven-type convenience stores and mini-marts are common food stops, where main meals are often accompanied by snack foods like these.

“Every convenience store that I visited was packed with everyone from businessmen to kids, kind of grabbing stuff before work, after work,” said Prapaisilp of his last Tokyo trip. “It's just something where, you know, people here in the state probably have a few convenience stores as maybe a road trip thing or grabbing a soda or a pack of chips. You can get all sorts of just like filling foods that will last you throughout the day. And it's a big part of their food culture over there, too. As important as a sushi restaurant or a ramen restaurant.”

Even if you’re not particularly adventurous or even curious about Japanese flavors, Prapaisilp said they could be a taste of what’s to come in the mainstream food scene.

“In the American market, we take our flavor cues from what's popular internationally. So I remember, Sriracha was kind of a novelty back 10 years ago. Now it's got everything and it's become as ubiquitous as mustard and ketchup. So, you know, it's really insightful to kind of see what people from around the world are eating so that we can kind of predict what will be popular here the next few years.”

This story is a companion piece to the Abby Eats St. Louis podcast episode titled "Tokyo Treats: Your Guide to Olympic-Level Snacking", which will be released Thursday, July 22.