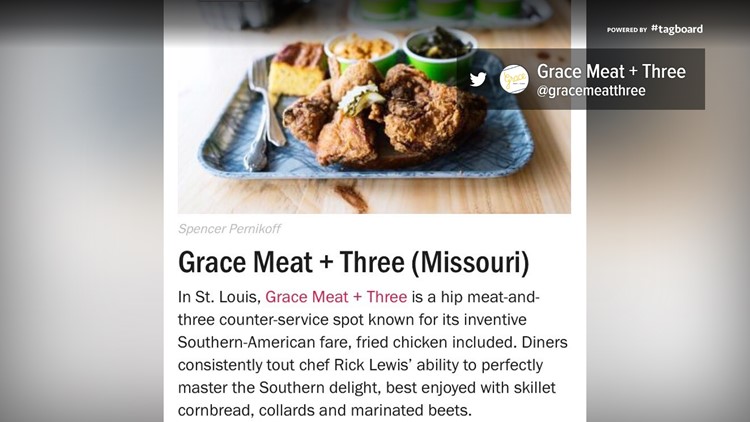 ST. LOUIS — A restaurant in St. Louis has the best fried chicken in Missouri, according to the Food Network.

Here’s what the Food Network said about Grace Meat + Three,

The well-known spot in The Grove is set to open a new late-night concept in October.