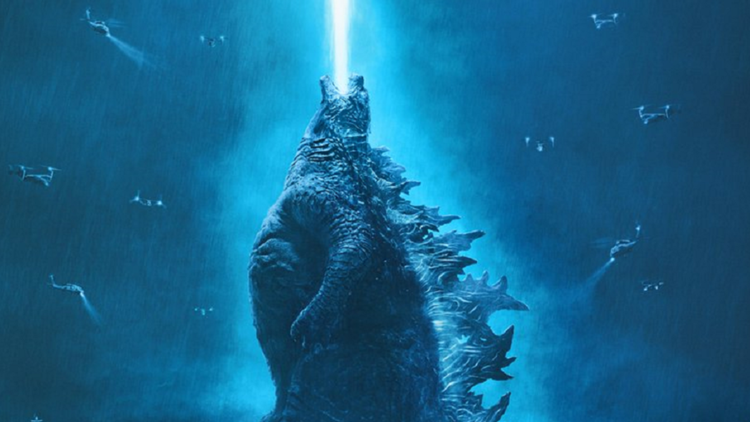 'Godzilla: King of the Monsters' is a satisfying monster mash heightened by good acting

Humans and creatures: Which one is the true monster?

Ever since the dawn of time, prosperous minds have dove headfirst into this indelible question, cutting through the dichotomy of our civilization and its past for the right answer. What happens when human beings try to reshape the world by using the dangerous creatures to clear the table? Who has the true power then?

In Mike Dougherty's Godzilla: King of the Monsters, this theme is explored just enough to set up the wild and over-the-top action sequences featuring Godzilla, King Ghidorah, Mothra, Rodan, and other endangered, yet still highly dangerous, species. It's the crypto-zoological agency, Monarch, and various other black ops security mercenaries along with it, that have given these otherworldly monsters a rebirth on Earth that kicks off the deadliest of times.

RELATED: 'Once Upon a Time ... in Hollywood' trailer burns bright with cool, promise and Tarantino bliss

Picking up after the events of Gareth Edwards' 2014 film, Dr. Emma Russell (Vera Farmiga) is living in mourning peace with her daughter, Madison (Millie Bobby Brown from Stranger Things), estranged from her father, Mark (Kyle Chandler, so effective here). Emma is testing a new technology that can alert, harness, and tame creatures from different worlds, but what happens when such tech gets into the wrong hands, such as a mercenary like Jonah Alan (Charles Dance, aka Tywin Lannister on Game of Thrones)? Chaos can break out, alliances are tested, and families are destroyed.

Enter Ken Watanabe's wise yet Dr. Serizawa and Sally Hawkins' Dr. Vivenne Graham, two holdovers from Edwards' film that carry over the story here. Along with computer wizards like Rick Stanton (a hilarious and much-needed Bradley Whitford) and Sam Doleman (Thomas Middleditch), Mark tries not only to reconnect with his family, yet save them at the same time. By the by, the monsters come and go, with the humans not sure who they can trust.

RELATED: Opinion | Guy Ritchie's 'Aladdin' lacks the magic and polish of the original

So, you get the drill, right? Humans running scared, yet with purpose, while monsters, both good and bad, attack and roar. Dougherty's film scratches the surface of the methodology of these creatures while providing the audience with what they really came for: crazy action and monster fights. You didn't come to this movie for a geology session without coffee and donuts; you bought a ticket for Godzilla to take on the three-headed dragon thing over the city of Boston (Sorry, Fenway Park fans).

It is the consistently rousing action that makes King of the Monsters a worthy spring escape. The 2014 film was bogged down by a terrible Aaron Johnson performance and way too much deliberations and talky nonsense. Every monster film needs a little substance, but don't forget to keep the pace and tension up. You don't need to be a Godzilla nerd to roll with the punches here, as Watanabe's doctor and Chandler's expert will keep you informed about what's going on, but your eyes will be served plenty of candy.

Try and tell me there isn't a rush inside you when Godzilla and Ghidorah make a mad dash for each other, crashing through skyscrapers and streets for a battle. I judge an action thriller's quality based on how many times I lean up out of my seat to get tuned into the picture, and let's just say there were several occasions here. It's not heavy nor is it too light, but screenwriters Dougherty and Zach Shields layer the plot with enough thrills and scares to keep audiences busy and alert. You won't be bored, and quite frankly, you'll be tired in the end.

The cast gives the film much-needed weight. When they were casting the film, the filmmakers knew quality was more important than quantity. Chandler gives Mark instant conviction. The man's been putting out solid work since he took over Coach Taylor's desk on Friday Night Lights. Farmiga gives Emma the soulful duality that's required. Hawkins and Dance are solid. Whitford is the highlight here, injecting humor into any scene he can, even if it's playfully saying, "zilla," after someone says, "God."

Brown doesn't get much to do here except look scared, concerned, and ready to run. The trailer really placed a focus on her character, so seeing her being given not much to do was somewhat disappointing. If you've watched the Netflix Original series, you'll know she can handle a lot.

Watanabe doesn't work enough in America these days, but he's popped up in two films recently, this and Detective Pikachu, and given each of them some much-needed soul. He plays a doctor who is more connected to Godzilla's origin tale than he is civilization's future. It's as if the rent on his forgiveness for our world ran out and he wants to explore a lease on another planet. Serizawa has skin on each side of the game here, and a scene late in the film between his doctor and Zilla is one of the better ones I have seen all year. It's quiet, patient, and emotional, setting up the big finale.

The action can get overbearing at times, especially with the title character making several appearances right at the exact moment that he is required. Most of the time, Godzilla looks like a drunk war soldier who showed up the VFW a few minutes late, barking and shouting about what's right. His battles with Ghidorah felt more like a 12 round boxing match, accelerating yet exhausting at the same time.

Then again, I liked the Rocky-esque touch given to Godzilla's story here, showing us a creature who may not be as monstrous as the humans trying to dictate his pace. Like the understated brilliance of the King Kong stories, he's out of his own time and element, looking for safe passage yet running into harm's way at every turn. There's intrigue there that Dougherty doesn't miss.

Godzilla: King of the Monsters is a fun spring kick to the senses, delivering on the action and boosting a cast that knows how to hit the proper dramatic notes, therefore giving the tale extra weight and space. I won't write this down on my year-end best of the year list, but I will advise you to see it. It fulfills the promise of the trailer and eradicates the dullness of the 2014 film.

Who is the real monster: creatures or humans? That may never truly be answered, but this action-heavy film gives the theory some credence amidst the war.