The writer of "Black Panther" serves up a familiar tale of a young man who turns to crime, but does it punch as hard as its setup promises? Read on.

ST. LOUIS — In the first scene of Joe Robert Cole's "All Day and a Night," we meet Jahkor (Ashton Sanders of "Moonlight") and then watch him kill a man and a woman in front of their child. Over the next 110 minutes, we find out how he got to that murderous place and where it sent him.

Cole is widely known for writing Marvel's "Black Panther," which was a breakthrough for not only Chadwick Boseman but carved out a spot at the Oscars for African American representation on film and comic book-influenced films. Here, he directs from his own script (he did with this 2011's "Amber Lake"), telling the story of a young man seemingly wronged from birth. The son of a notorious drug-addict and criminal (Jeffrey Wright, strong as usual), Jahkor has his hand dealt to him early on, but makes seemingly one bad choice after another. This includes linking himself up with the dangerous gangster, Big Stunna (the hot hand of the moment, Yahya Abdul-Mateen II).

Look, you've seen this setup before. A smart yet troubled kid follows his father's footsteps into the world of crime and fractures his life. Jahkor has a girlfriend and best friend, but can't resist the urge to do wrong and embeds himself in a world full of death, jail, and sad endings. This is a film where you wish you could pull the kid aside and just talk to him and guide him, but soon enough one would find out the future is doomed for some no matter what.

Cole's original contribution here is the framing device of the film. We get to see Jahkor make the worst decision of his life and the lens is pulled back as we check in with him as a kid watching his dad buy drugs and murder a man in cold blood. We see him escalate to an older kid and teenager, struggling with a line that most walk but a route that seems jagged and crooked to him.

The problem I had with "All Day and a Night" is whether or not it matters in the long run. There is style and flash here, but the power was lacking for me. The focus easily gets lost. There are large chunks of the film that flutter and don't fit in with the rest of the film. Cole's idea here has ambition but lacks the proper follow-through to make it truly count. A film's impact is determined by how it affects you personally and if it finds a way to matter in your heart and mind. While there are scenes and pieces of the film that resonate, there are others that feel like filler or false starts.

Sanders is a bright young talent, but he doesn't get to stretch much here. Carrying a voice with easy power and a thousand mile stare, one can see he has the chops to play this young man to the tilt but in the end, I was underwhelmed by his work. I wanted to spend more time with Abdul-Mateen II's gangster who can shoot a man one night and cook up a delicious meal the very next. The same can be said for Wright, who doesn't get to stretch much here as a father who can't break away from wrong decisions long enough to guide his son to the lighter side of life. The leads are strong actors but the material here and dialogue is subpar.

There's a scene towards the end where Sanders and Wright share a poignant moment, but it's too little too late for me.

15-20 years ago, this film would have mattered more and made a bigger impact. A creative setup simply isn't enough. While you understand Jahkor's life and movements in the end, it doesn't stick with you long after the credits roll. It's not paint-by-numbers teenage wasteland material, but it simply doesn't punch as hard as the trailer would suggest.

Good intentions live here, but a powerful film is never reached. It's not a time waste by any means, but the urgency to watch it isn't there in my review.

"All Day and a Night" could have been great, but it's just another tale of a young man who unfortunately breaks bad and can never turn back. 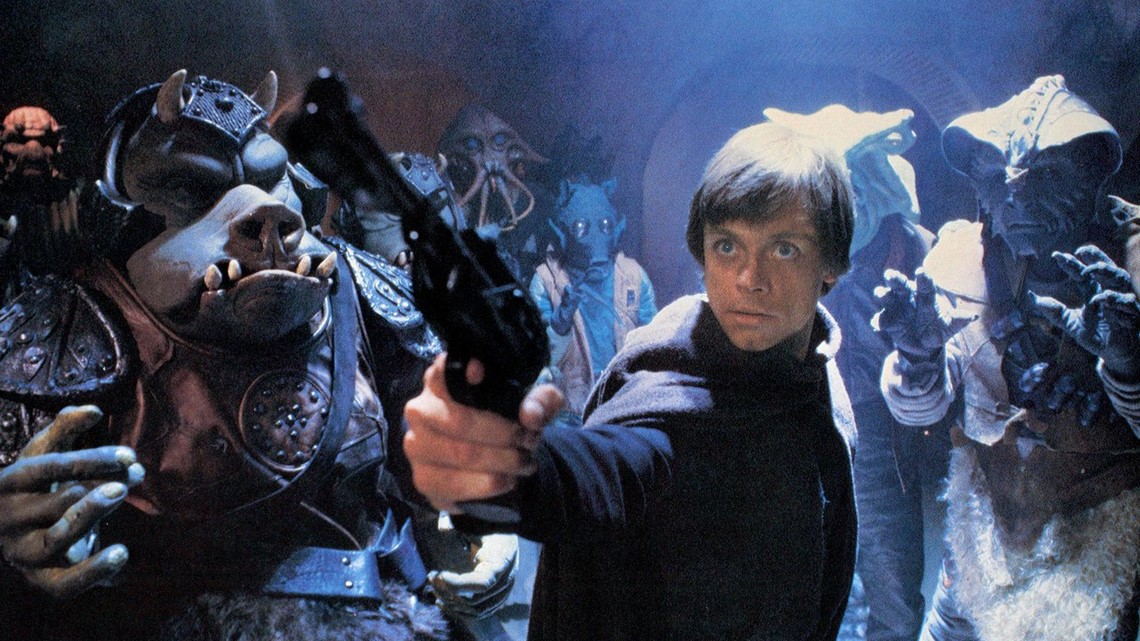 Revisiting Cinema's Past With a Millennial: 1983's 'Return of The Jedi'
You'll watch it and notice all of the cheesy special effects that will quickly melt down to plain old nostalgia for what action in the '80s could create. ST. LOUIS - Can I be honest with you? "Return of The Jedi" is my favorite Star Wars film.