Movie Review | 'The Courier' is deliberate, intelligent, and moves quickly

If you like a good dose of Benedict Cumberbatch served with some Cuban Missile Crisis espionage, this is the movie for you. 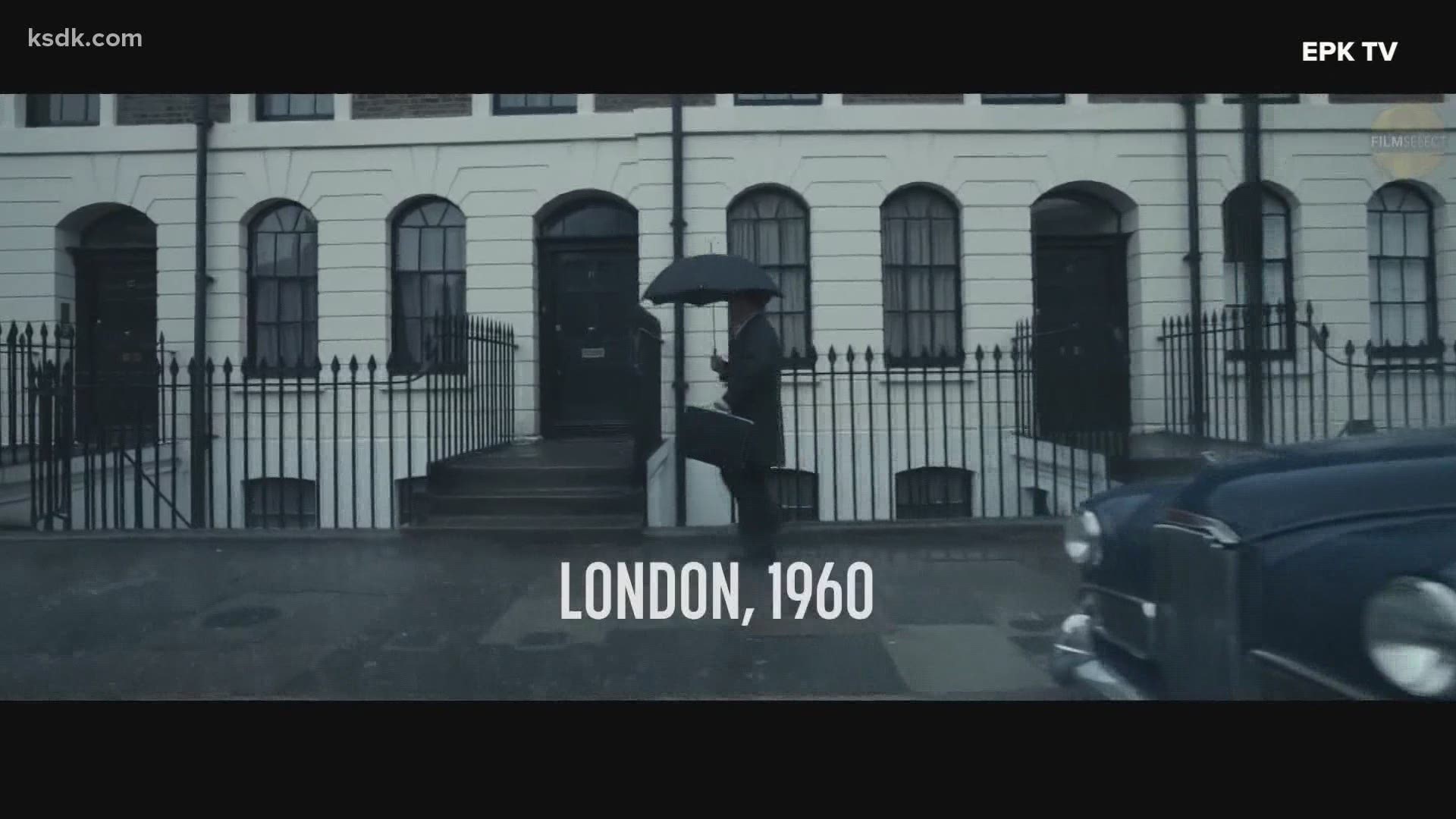 ST. LOUIS — If you didn't know who Greville Wynne was, you should go ahead and thank him out loud for helping prevent World War III. Back during the exhausting Cuban Missile Crisis, when the United States of America and Russia were playing a game of chicken with nuclear weapons, a regular fella like Greville helped save the day. This is his story, and it's a good one.

Benedict Cumberbatch imbues our unlikely hero with just the right amount of gravitas, humor, and pathos in Dominic Cooke's new film, "The Courier," which is based on a true story. The story of a successful salesman in London (Cumberbatch) being recruited by the CIA to exchange information with a Soviet Agent Oleg Penkovsky (Merab Ninidze), this slow-moving thriller carries a similar vibe as Steven Spielberg's excellent "Bridge of Spies." This is a very deliberate drama, and well-paced, and feels lighter at times than one would expect from a movie involving the threat of the end of days.

As CIA operative Emily Donovan (a very good Rachel Brosnahan) informs Greville's wife of the dire circumstances potentially facing her husband on his mission, there would be no way for her to contact him if something in fact went wrong. It's that point blank sincerity that works well in Cooke's film, which has a truly gifted cast of pros. Brosnahan and Buckley give their supporting roles real levity, showing women of courage under duress doing what needed to be done. Anton Lesser and Angus Wright have solid parts as well. Every part here convinces easily and moves the story forward.

Cumberbatch's dramatic skill is well-known by now, but it's that surreal, whimsical charm that he lends Greville that people are only starting to get to know about. He wasn't a soldier, agent, or badge. Just another innocent civilian who happened to go over to Moscow quite often. The actor really puts us in the driver's seat, because the most extraordinary thing about him was his courage under fire. I won't go into the details, but let's just say things didn't work out as well as they did for Hanks' ordinary spy.

But it's Ninidze who steals the show here, holding his own with Cumberbatch while opening our eyes to his talents. As Penkovsky, the noble traitor and insider who put the stream of messages from USSA to USA in motion, the Tbilisi, USSR native offers a heartbreaking portrayal of conviction that I hope doesn't get forgotten come awards season. While his power and knowledge were his rise and fall, Oleg had a family just like Greville, which helped the two men attempt to do something extraordinary in personal and infinite ways. The actors offer up a compelling partnership, which serves the film well.

Cooke's tricks behind the camera don't overwhelm the viewer, only heightening the stakes on screen without allowing the film to get too dramatic. With nuclear weapons up for grabs, Tom O'Connor's script wisely sticks to character intimacy and introspection instead of unnecessary subplots and distractions. While "The Courier" isn't a stop what you are doing form of brilliance, it's an intriguing tale of heroic espionage. Greville was no Ethan Hunt, but he knew how to get the job done. This is his story and I found it to be an important one. During a time where regular individuals need to step into the light and risk something for change, this film was timely and moving.

A story about friendships being built under the duress of world-saving relations always makes for a good film. Starting Friday, it will be playing at 12 area movie theaters, including Marcus Ronnies, AMC Creve Coeur, and B&B Festus 8.