Chesterfield woman gets her stolen wallet back 75 years later

A plumber found 15 wallets stashed in a school bathroom wall. All were stolen from female students in the 1940s. 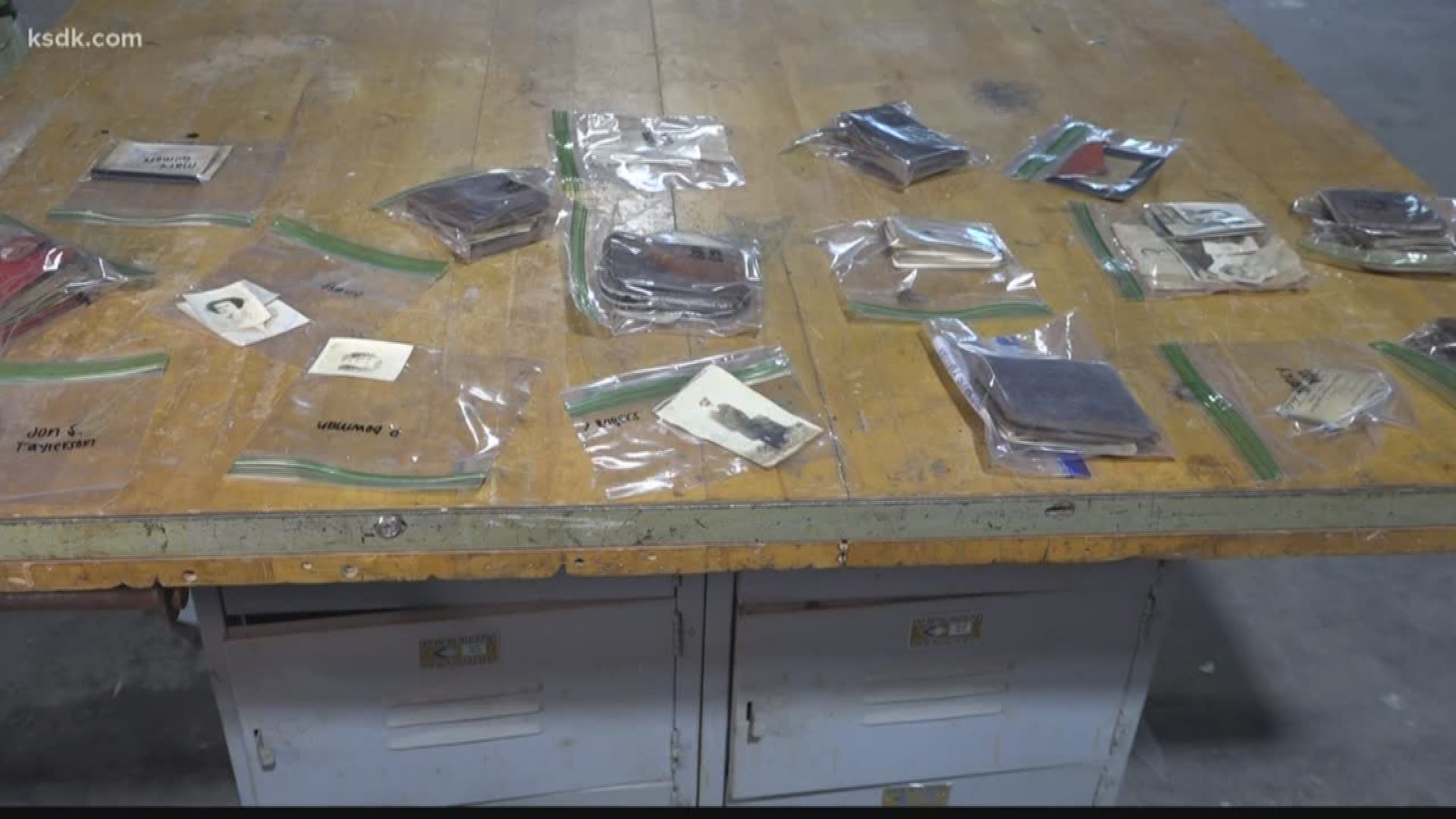 CENTRALIA, Ill. — Some renovations come with surprises, but this one came with a mystery.

"I think I've watched one too many episodes of CSI. The mystery, the intrigue of it all," Pastor of City Hope Church, Seth Baltzell, said.

While turning the old Centralia High School into a new church, a plumber found a problem.

"He had demoed out part of the old girl's bathroom on the second floor in this old building and when he cut into the vent, a whole bunch of old wallets fell out," Baltzell said.

Fifteen to be exact. Someone shoved them into a heat duct behind a toilet.

According to the school IDs, they were all female students from the mid-1940s.

Baltzell believes they were stolen about 75 years ago and have been sitting there ever since.

If there was any cash in the wallets, it appears the thief took it.

He said, "War is ending. So there are lots of things like pictures of soldiers."

Not knowing what to do with 15 wallets from the 1940s, the pastor posted a photo of them on Facebook along with a list of names, hoping to find the owners. He thought it was a shot in the dark.

Including the relatives of 89-year-old Betty June Sissom. She grew up in Centralia and now lives about 85 miles away in Chesterfield. The pastor asked 5 On Your Side to return the wallet to her in person.

"This is exciting. I can't believe after all of these years. It looks like its old," Sissom said.

She said she remembered the wallet was red and that she lost it.

"I remember it was red and I remember I lost my wallet... I can't believe this from all these years ago. That's me with a little boy by the name of Jimmy Kane and I had a crush on him... Oh my goodness, look at the boy's pictures I have... They took all the money, huh?" Sissom said.

No money, but getting her stolen wallet back 75 years later?