A fun spot with a Key West feel. 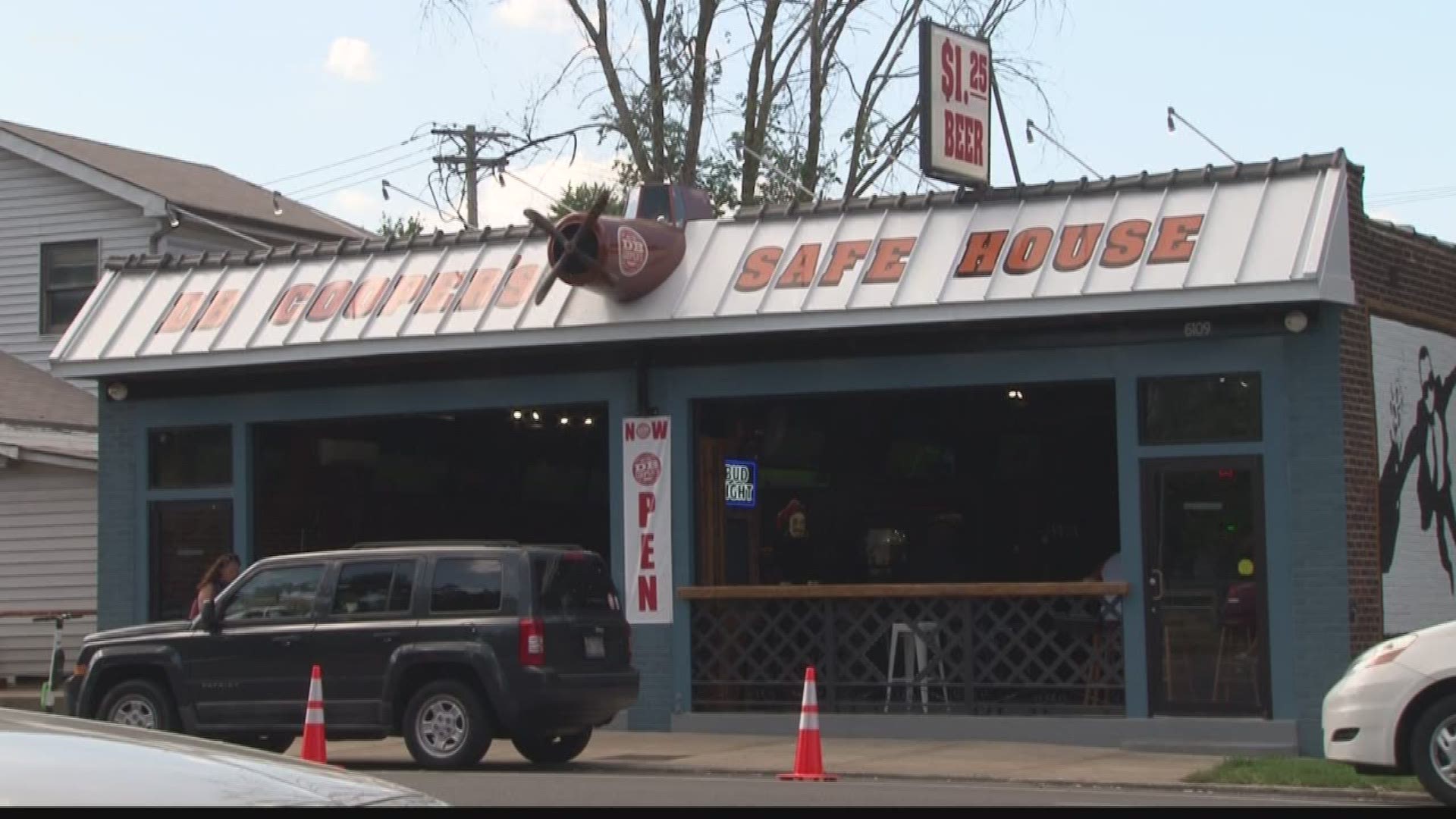 It's a spot that definitely grabs your attention whether it's the mural of the man who kind of inspired the place on the side of the building or the propeller on the nose of a plane spinning above it.

"It's definitely a bar, definitely a restaurant, a fun place to hang out," explains a guy hiding behind a cardboard cutout of the iconic criminal.

DB Cooper's Safe House on Gravois is an open air bar where the drinks are constantly flowing.

"It's very much a Key West inspired bar. I spent most of my time in hiding out in Key West."

As you've probably gathered by now it's run by a group of guys with a sense of humor.

"I would say come as you are, have fun, parachute out," adds the guy behind the DB Cooper cutout.

The nice thing is you can leave with a little money left in your pocket since select cans of beer are just $1.25 and wings are 50 cents. But if you're really hungry you'll want to grab a slice of pizza.

There's also toasted ravioli and a few other bar bites that can be washed down with the usual suspects behind the bar or one of their delicious frozen drinks.

This, however, is a place you really come to for the atmosphere. There are 17 TVs, a juke box, Donkey Kong, pinball and darts inside. Bags, ping pong, giant Jenga and more TVs on the patio outside.

So escape to DB Cooper's Safe House a place you won't forget any time soon.