A retired Montessori school director, Miss E. Laine decided she had more to give to students and became a volunteer for OASIS, an intergenerational program for older volunteers. 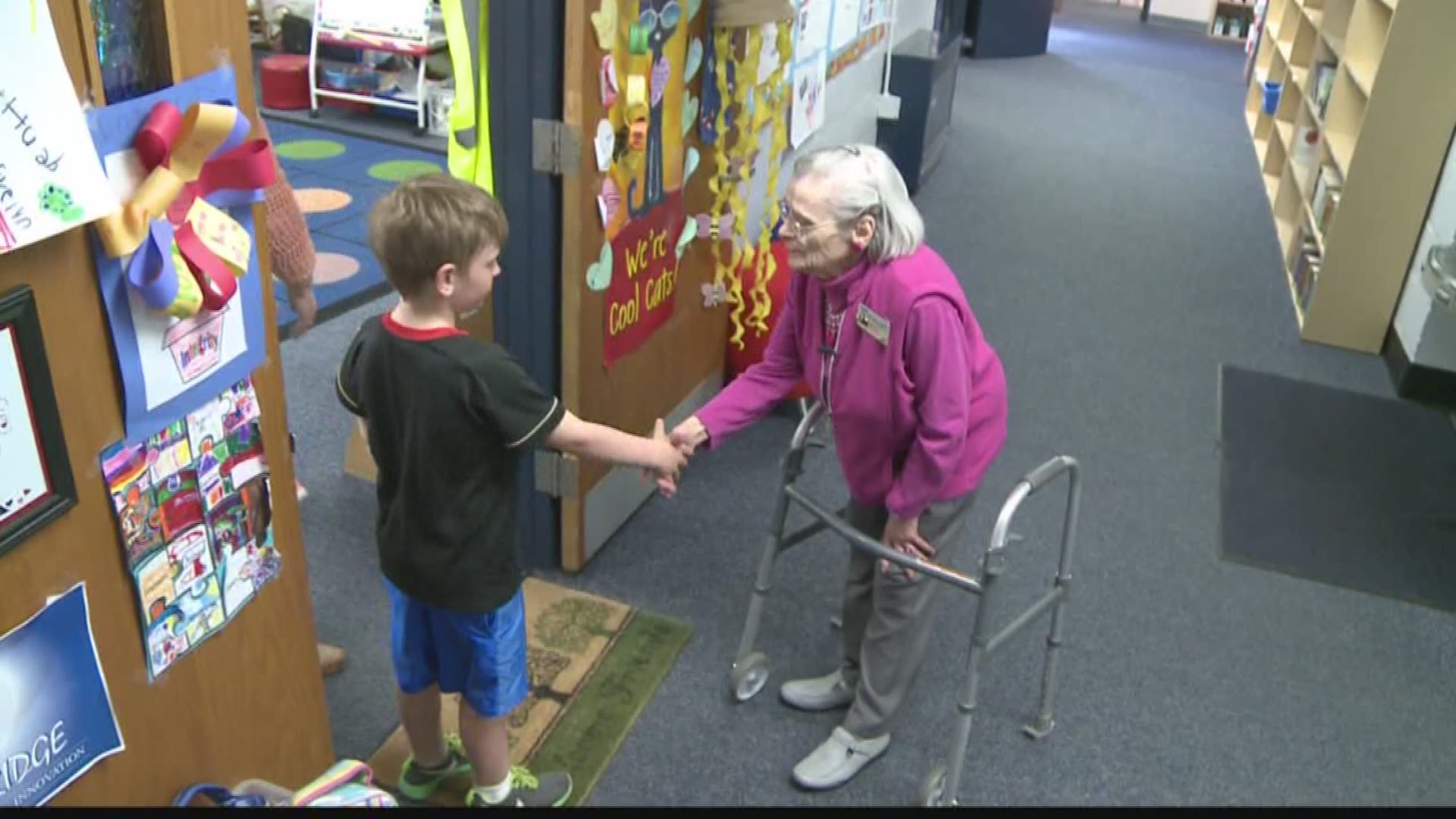 As Miss E. Laine approaches her 90th birthday later this year, she uses a walker to move around the hallways at Mason Ridge Elementary. But it’s not old age that slows her progress from Point A to Point B. It’s the hugs and hellos from students.

“Even if students don’t work with her, they know Miss E. Laine,” said school principal Jennifer Dieken-Buchek. “Miss E. Laine is a fixture in our building.”

A retired Montessori school director, Laine decided she had more to give to students and became a volunteer for OASIS, an intergenerational program for older volunteers.

When Mason Ridge teachers notice a student would benefit from extra encouragement, the student gets one on one sessions with Laine, who uses acorns as an analogy.

“When you see the acorns fall down and those acorns try to find their way into the soil because they want to grow into an oak tree but they already have inside that acorn everything they’re ever going to need to be the oak,” said Laine. “So, when I work with the children, I don’t think of myself as a teacher pouring information in. I think of myself as someone who’s watering and cultivating that tiny little seed that’s inside that has all the potential if it’s supported and encouraged in a way that brings that forth.”

“Her time volunteering with our students is actually useful to our classroom teachers because she is telling them, ‘I did this today, and this is the progress they’ve made, and I’m going to do this next time.’" said Dieken-Buchek. “She knows where she’s been and where she’s going. She has a plan in place.”

“We keep a journal of the things that they do along the way and when that student looks at what they did, I don’t have to say a word other than ‘look how far you’ve come,’” said Laine. “They just take it for granted that’s what they were supposed to do, so success is them realizing they have the power within them.”