This might be the coolest video you'll see all day 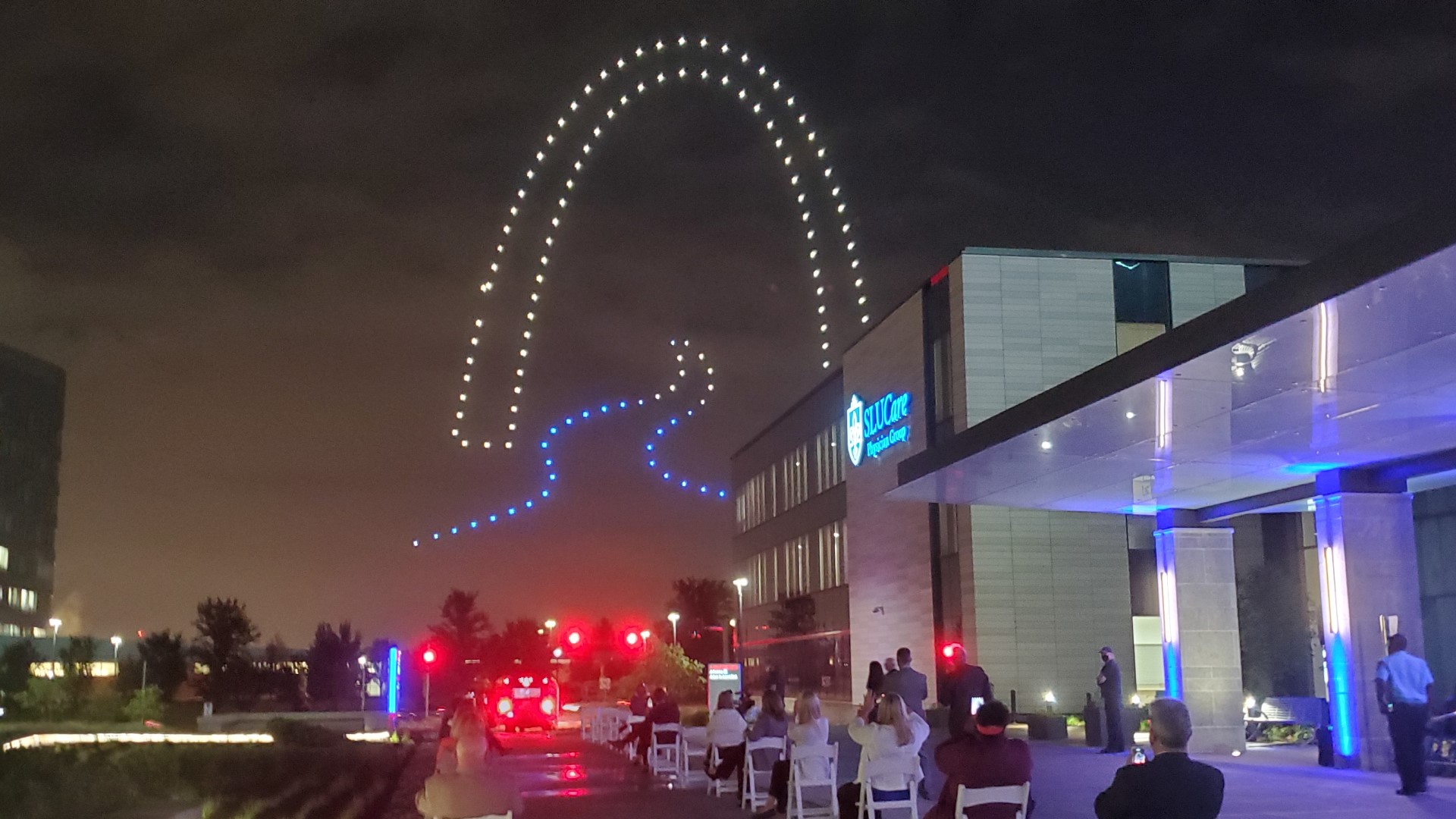 ST. LOUIS — Add a ribbon cutting to the growing list of things that are “going virtual.” Tuesday night, the ceremonial milestone was done in the coolest way possible – no Zoom meeting necessary.

SSM Health Saint Louis University Hospital cut the ribbon on its brand new facility on Grand Boulevard. Officials grabbed their scissors for an actual ribbon cutting, but then everyone went to the roof of the new building for larger-than-life virtual version in the sky.

Dozens of drones with their lights shining formed a pair of scissors and a piece of ribbon. They then buzzed up and down and left and right to make it look like the ribbon was being cut.

SSM Health said the drone light show over the new hospital was a first-of-its-kind event in the St. Louis area.

The drones formed other images in the night sky, including the Gateway Arch with the Mississippi River running under it, a heart, a set of praying hands and the message "Thank you healthcare heroes."

SSM Health said it’s new SLU hospital is a state-of-the-art facility with an emergency room that’s triple the size of the previous one, all patient rooms are now private and the facility includes room for expanding technologies in the future.