The planes will likely be converted to cargo planes, but will no longer carry passengers out of Lambert. 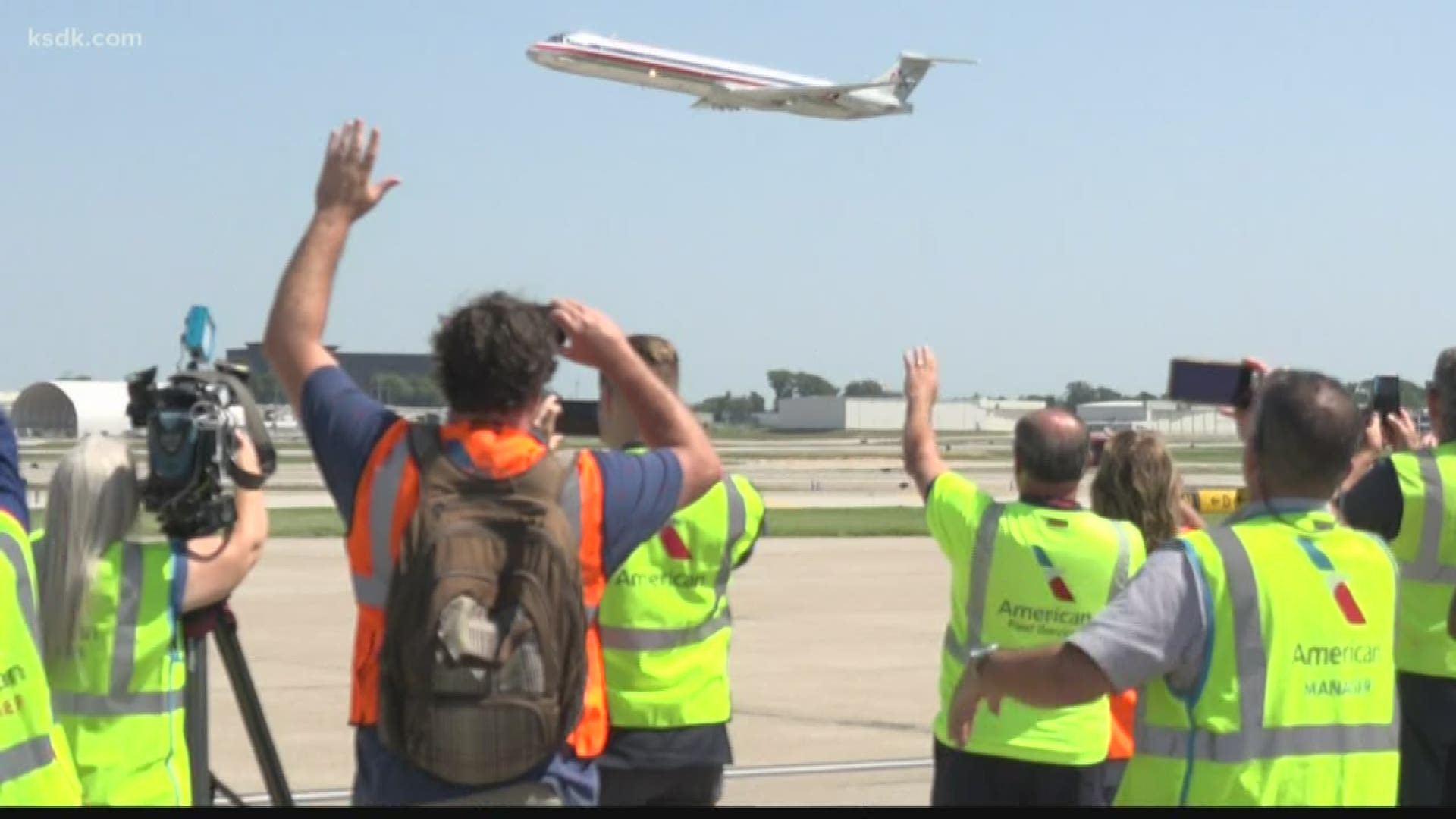 ST. LOUIS — From as far south as Dallas and as far east and west as the coast will allow,  it's taken St. Louisans just about anywhere they need to go.

Today the McDonnell Douglas MD-80 made its final flight out of St. Louis Lambert Airport.

People who grew up in the area probably knew someone involved with McDonnell Douglas. On Wednesday, the MD-80, one of the company's biggest airliners, is taking off on its final flight from the airport.

American Airlines Captain William Jaygust has nearly been flying it since it took to the sky. And in that time, there are a lot of memories.

"You're cruising along at 35 thousand feet and then all of a sudden you hear a call from the back and it brings you into reality," Jaygust said.

He's is talking about the reality of a real emergency landing he made, saving the life of a 72-year-old passenger suffering from a heart attack.

"Beautiful landing. Touched down and didn't touch the brakes, we pull up to the gate and my first officer gets the fuel and we get the guy off the airplane," Jaygust said. "As we get back on this woman runs up to me and says 'thank you for saving my husband.'"

But on Wednesday, Capt. Jaygust was dealing with a different reality -- taking the plane he's flown for the last 30 years on its final flight.

Although MD-80s weren't designed or built at the old St. Louis McDonnell Douglas factory, there's a pride shared between everyone who's been involved.