St. Louis woman helps others through 'dignified journey out of poverty' 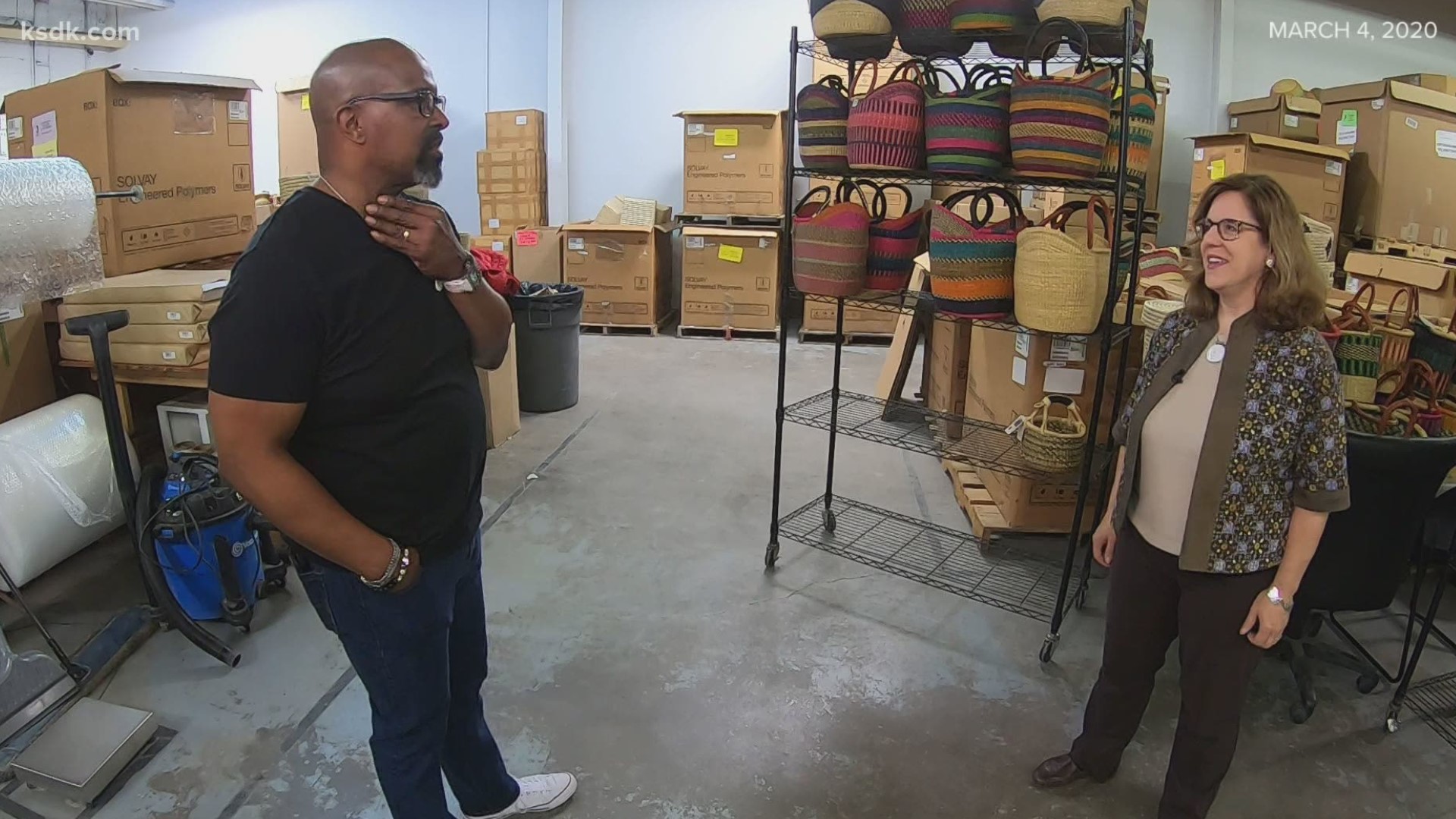 ST. LOUIS — Many St. Louis area charities have been hit hard financially due to the pandemic.

But Theresa Carrington is not giving up on efforts to make a difference in the world. She is the driving force behind the nonprofit Ten by Three. She is passionate about helping the underprivileged.

“You cannot look into the eyes of somebody in a developing country who needs help and not be moved,” Carrington told 5 On Your Side.

She was moved so much that she made a lifestyle change with "less than a thousand dollars to my name," she said.

Carrington started Blessing Baskets. The charity is now called Ten by Three. The woven baskets in the nonprofit's warehouse are seen as a way out of poverty.

“There are lives behind every single one of these products. Humans whose lives are better because people are purchasing them,” she said.

When 5 On Your side visited Carrington back in March, the warehouse was filled.

Artisans in eight underserved countries make the baskets. They receive prosperity wages that are beyond fair trade.

“Our model makes sure that the artisan and the person that we’re helping has skin in the game. They’re making a dignified journey our of poverty. This is not a handout,” she said.

The artisans are not anonymous either. Each basket has a card and an ID code so the buyer can learn about the person who made it.

“We’ve been honored by the United Nations for this unique technology and bringing cultures together,” she said.

In many ways, Carrington said she can relate to their stories.

“I was raised beyond the poverty line in this country. I was an orphan until I was eight years old. I know what it’s like to feel like you’re on the outside.

Thank you so much to Rene Knott for running this piece just in time to help us promote our Virtual Gala and Auction. ...