It's baby copperhead season in Missouri

Copperheads like sunny, warm weather when temperatures are around 80 degrees 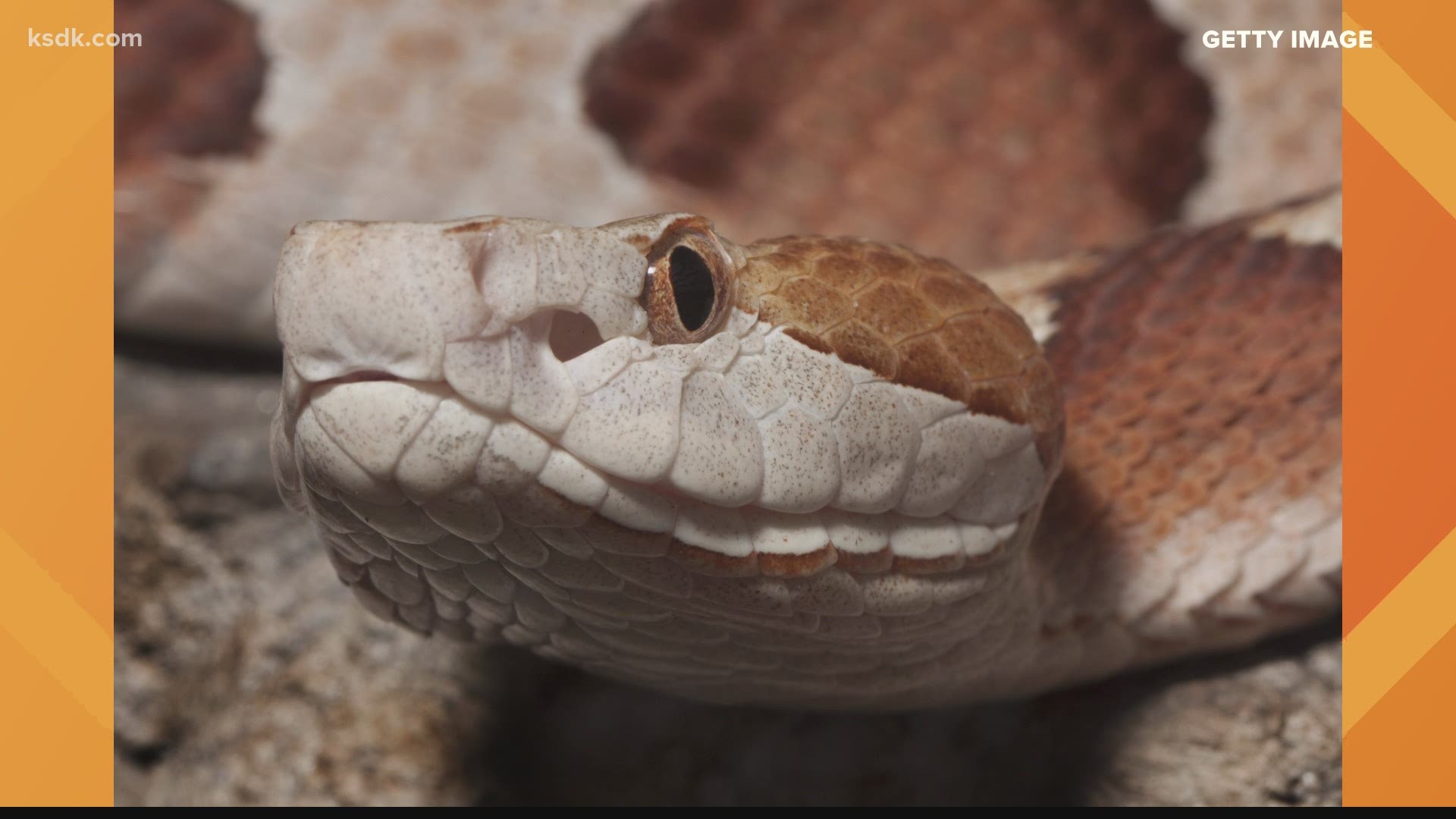 MISSOURI, USA — Next time you're on a walk, watch out for baby snakes. Missouri is in the middle of baby copperhead season, as young are typically born in August through early October.

While copperhead venom is considered mild compared to other venomous snakes, those who are bitten should seek medical treatment, according to the Missouri Department of Conservation. Copperheads are the most common venomous snakes in the state.

They can be hard to spot, as the snake's camouflage pattern can blend in while they are resting in dead leaves, MDC said. The color varies from grayish-brown to pinkish-tan, with hourglass-shaped crossbands of dark gray, brown or reddish-brown.

They will usually remain motionless when encountered, the conservation department said. The snakes are not aggressive, and they seldom strike unless provoked. If you see a copperhead, leave it alone. If you are out on walk, be careful where you step, wear protective footwear and don’t stick your hands under rocks or logs.

Copperheads like sunny, warm weather when temperatures are around 80 degrees. During the hottest months, they become nocturnal. In autumn, they gather together to overwinter at south-facing rocky ledges.

Copperheads live on rocky hillsides and along forest edges and can be found all over Missouri, except for the northern border with Iowa. The snakes also spend time among trees and brush along prairie streams and are often found near abandoned farm buildings.