‘She’s my angel’ | Fate turned a phlebotomist into family for St. Louis area woman who needed a kidney

“She amazes me. Everything happens for a reason,” said Jumangit, who now calls Massey her daughter 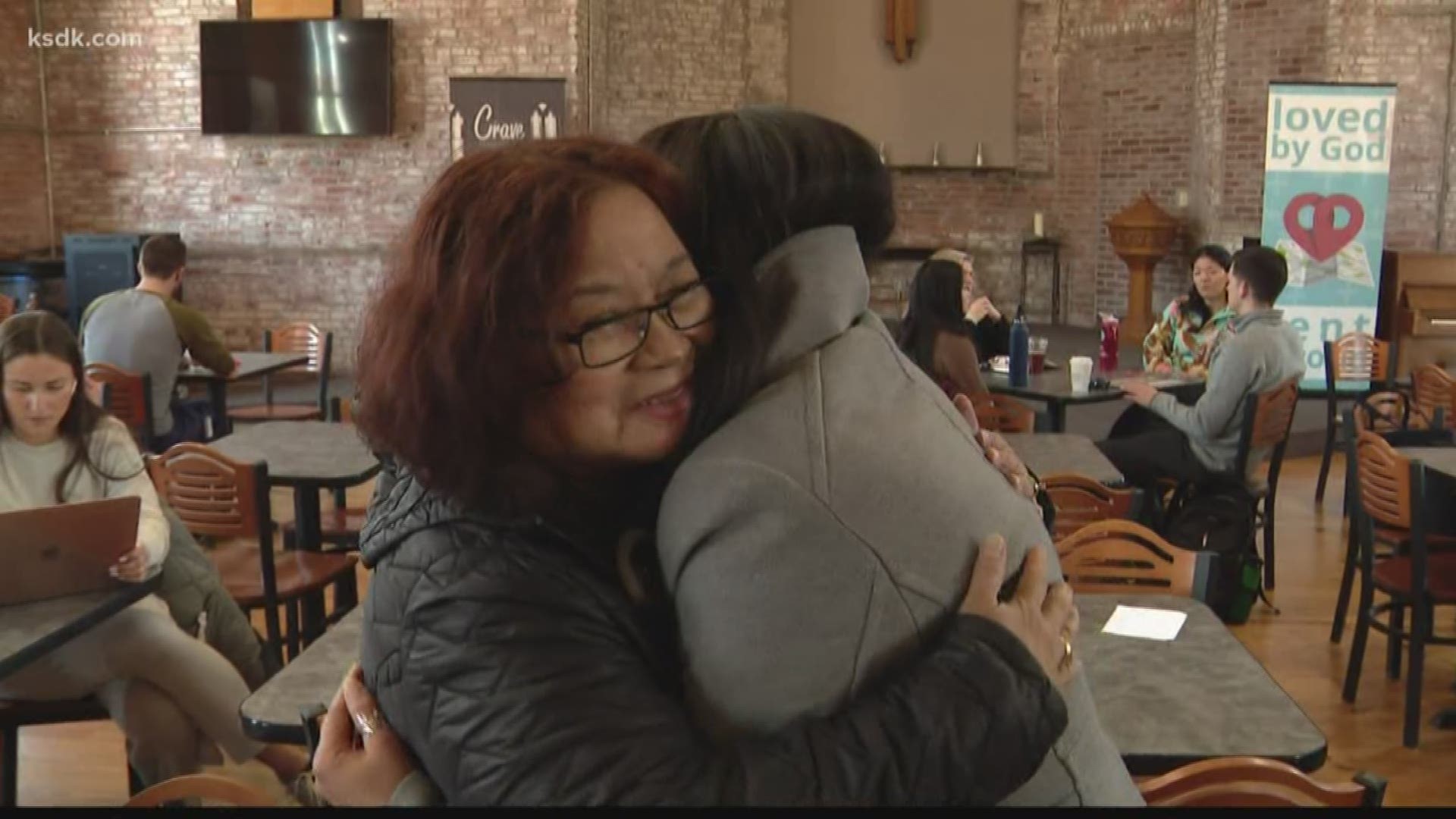 LAKE ST LOUIS, Mo. — The National Kidney Foundation’s annual fundraising walk is just one of the many events canceled due to the coronavirus.

The physical walk was set to take place this Sunday, March 29 at Westport Plaza. But instead, the walk will now be a virtual one.

Two women who started out as strangers.

It was last fall when Rosella Jumangit went, as she often did, to SSM Health St. Joseph Hospital in Lake Saint Louis to have her blood drawn.

RELATED: 'He gave me my life back' | Anne Allred celebrates anniversary of kidney donation

She often got her blood drawn by phlebotomist Caroline Massey and this day was no different.

“She was just another patient that came in every, maybe like once a month,” said Massey.

But, during this appointment, Jumangit decided to tell Massey the reason for her constant visits.

“I was in there drawing her blood and she’s like, yeah, I have to come in here every now and then for this because I need a kidney. I thought, how weird, like this is almost like fate,” recalled Massey.

Massey said she was Googling organ donation right before Jumangit's appointment. Massey said she’s been interested in donating a kidney since she was a teenager.

And right there on the spot, she made up her mind.

“I said if you want to give me a number or a card, I’ll get tested for you,” Massey remembered.

It was a moment Jumangit said saved her life.

“She is so selfless; she’s my angel,” said Jumangit.

The two women were a match and a successful transplant surgery happened right before Thanksgiving last year.

“She amazes me. Everything happens for a reason,” said Jumangit, who now calls Massey her daughter.

RELATED: 6-year-old inspires people across the world through organ donation

The National Kidney Foundation Walk is now going virtual. To participate, please take a picture or video and put it on social media with the hashtag #KidneyWalkVirtual. If you are unable to walk, you can also post a picture of yourself doing thoughtful acts of kindness, like writing a letter or calling a friend.

READ MORE: 'I’m facing anything from pneumonia to death' | COVID-19 perspective from KSDK anchor who's immunocompromised