Wash U cafeteria workers going on dream honeymoon thanks to students

They want to go to Jamaica for their honeymoon. Financially, the trip seemed out of reach. However, some students stepped in to help. 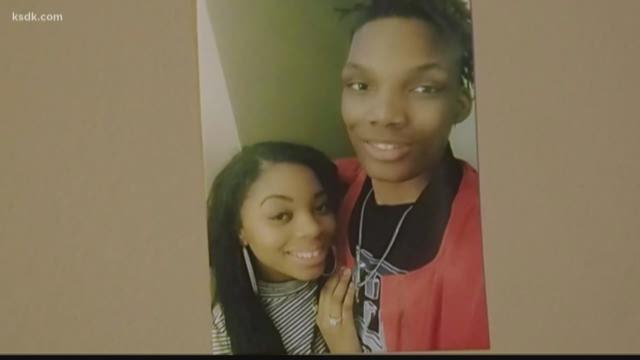 ST. LOUIS — Two Washington University cafeteria workers are about to receive the wedding gift of their dreams thanks to a group of students.

Donnell "Slim" Reed not only works hard making stir fry at the Village Cafe on campus, he has a good time doing it.

"I love it, and like I tell everyone, the students are what really keeps me going," Reed said.

As he gets to know his customers, they get to know him. And does he ever have a sweet story to tell. His fiancé, Alexxus Harris, works at a cafeteria on campus, too.

"She's my rock, my heart, my backbone," Reed said.

The couple met in 2015 as dance partners.

"The dance was Marvin Gaye, 'You're All I Need to Get By,'" Reed said. "Some of the routines was to hold each other and look each other in the eye. The next thing you know it was like love at first sight."

Their wedding will be July 22. They want to go to Jamaica for their honeymoon. Financially, the trip seemed out of reach. However, some students stepped in to help.

Sophomores Ben Goodfriend and James Abraham brought Unsung Heroes to Washington University when they were freshmen. Unsung Heroes is a company that promotes appreciation for service workers who are often overlooked. There are four more chapters in other parts of the country.

Locally, the chapter is called 'Unsung Heroes of Wash U.' In addition to Goodfriend and Abraham, students Jonno Schneider, Jonah Sacks, Jack Zuckerman, Lindsay Wang, and Tara Satnick are members.

The cafeteria workers' love story inspired the group to create a campaign.

"They work so hard," Goodfriend said. "My thinking shifts from our typical journalism project to maybe this can be our first fundraising campaign."

With the help of their friend, Kemal Okudo, the students put together a video and launched a GoFundMe account to pay for the couple's honeymoon. In just three days, people donated almost $2,000.

"I'm going to cry to be honest, man," Reed said. "To actually take that time out and support us like this? I got so much support it's ridiculous."

Reed says some of the students who are raising money for the honeymoon are invited to the wedding.