The proposal would ban people from using food stamps on energy drinks, candy and other junk foods. 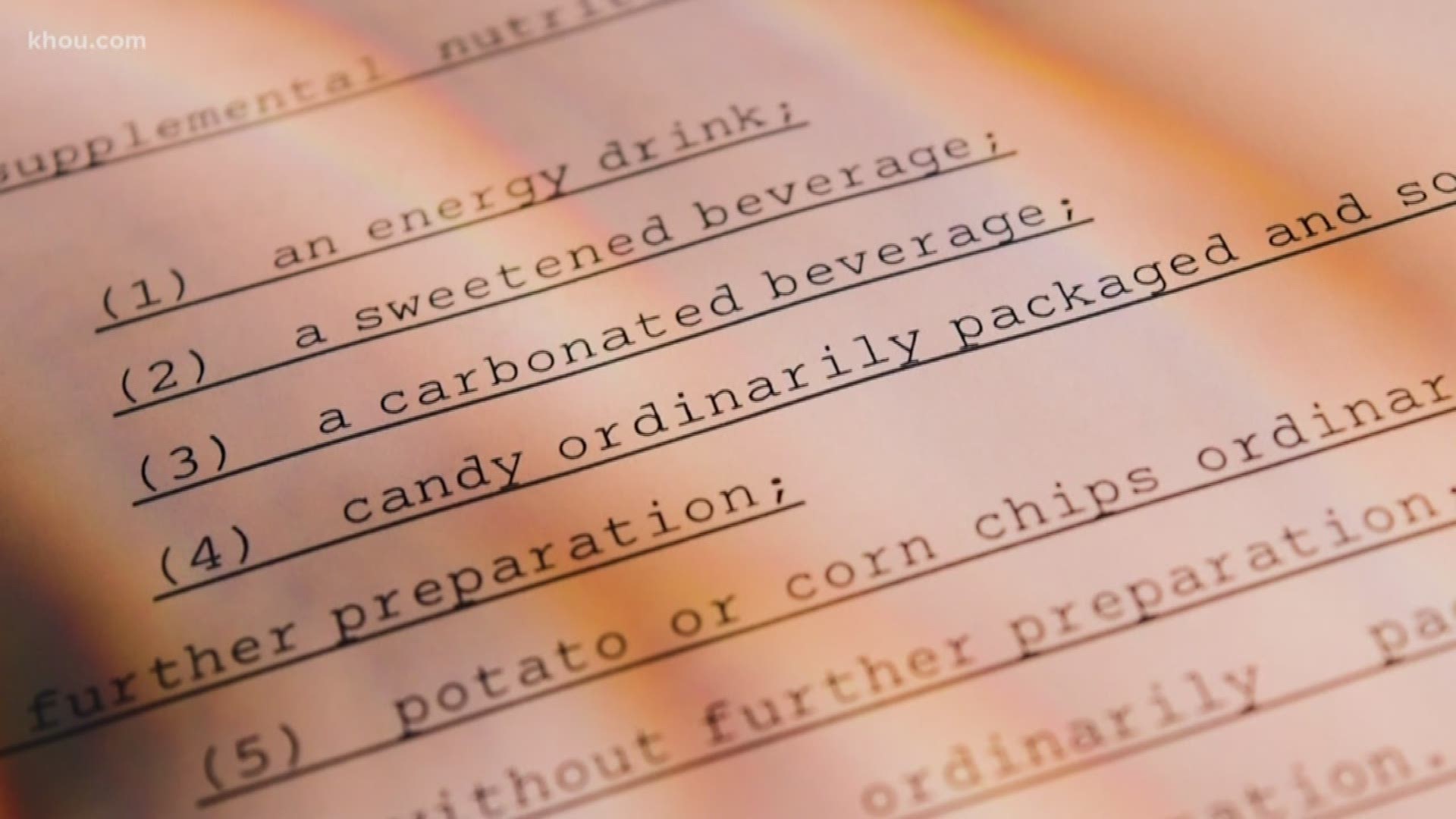 HOUSTON — There is a push to ban food stamp recipients from using their food benefits on certain groceries.

The proposal would ban people from using food stamps on energy drinks and any beverages containing at least 54 milligrams of caffeine per 8 fluid ounces. This does not include coffee.

It would also ban people using food stamps from buying candy, some chips and cookies.

People would still be able to use their SNAP benefits for fruit or vegetable juice.

“At-risk Texans and families who utilize the Supplemental Nutrition Assistance Program are often the most susceptible to diabetes and the serious complications associated with it,” said Rep. Cain.

“HB 4364 seeks to curb the spread of diabetes and other health complications among Texans in at-risk populations by eliminating sugary drinks and snacks from the state’s nutrition assistance program,” he said