“When we have staff shortages, you either find a way to hire more staff, or you find a way to not use staff. So we choose not to use them." 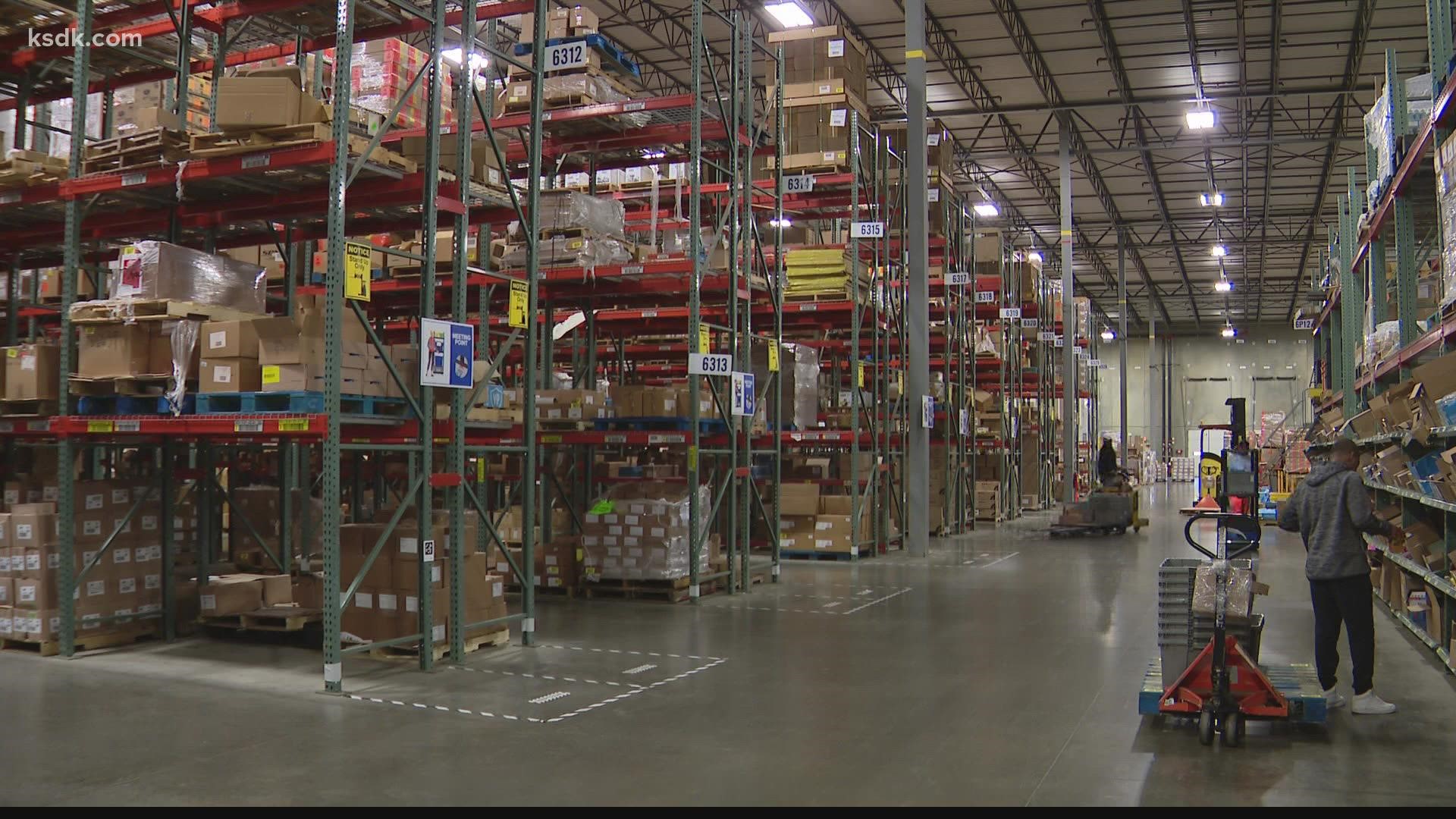 ST. LOUIS — “He was expensive, but he doesn't get sick and he shows up every day,” joked Chip Holden, the general manager at TAGG logistics.

He’s not talking about any of the employees at the Hazelwood fulfillment center, where a staff of about 100 people work to process orders and get deliveries to storefronts and directly to consumers. Instead, Holden is referring to “Chuck,” the nickname warehouse workers have given to any of the self-driving carts that now wheel around the warehouse, “onboarded” to help get orders out just a few weeks ago.

“Historically you would hear the concern that through automation, we're going to reduce and eliminate jobs, but it's the opposite for us in this environment,” said Holden. “We have to find a way to be able to get the orders to the customer.”

The environment is one in which employees are in short supply: the so-called “great resignation” or “big quit” has meant millions of unfilled jobs. According to the turnover summary from the U.S Bureau of Labor statistics, a record 4.3 million people quit their jobs in August 2021. It happened again in September, going up to 4.4 million.

“For employers, it's been harder for them to find workers as people are rethinking what they want to do,” said Steve Fazzari, a Washington University economics professor. “If this was happening slowly over 10 years, we probably wouldn't be talking about it, but happening over just several months. It really is more disruptive.”

Even as e-commerce went up by 20% nationwide due to the pandemic, Holden said it was a struggle to keep up at the warehouse.

“We were down, I would say, probably 22% of our average headcount,” he said.

They upped their pay scale twice to try to stay competitive — with other jobs as well as the increased federal unemployment benefits Holden said paid more than a warehouse job could. While he said they’re better equipped now, it’s important to continue tracking pay and other benefits that encourage workers to stay.

“We have to be right in the market that we serve and I think we are, we're there, but we have to monitor that constantly,” said Holden.

2020 ended with 2.5 million fewer positions than the year began, as those jobs were often early victims to pandemic-related shutdowns. Now, with places opening again, it's a struggle to hire and keep workers. The summer ended with 1.5 million unfilled hospitality jobs, according to the Bureau of Labor Statistics, the most vacancies of any workforce sector.

“We do see that a lot of our amazing talent chose another direction out of necessity. And once they realized that the wage is maybe even a little higher and the quality of life may be a little higher, those are the folks who are not returning,” said Casey Schiller, a culinary instructor at St. Louis Community College.

He says an industry “rooted in the past” will need to adjust to survive — and he expects that to mean more screen time replacing face-to-face interactions.

“We saw [reluctance] in the grocery stores when the self-checkout became installed, and now the line is almost longer at the self-checkout,” he said. “[Restaurants] are going to be focused, hyper focused in fact, on what can we do to increase efficiency wherever we can and the less touchpoints, the better.”

PODCAST: Checking in as restaurants work around labor shortage

At Chai Ploentham’s Zenwich in the Central West End, that means eliminating wait staff or even workers taking orders at the counter. Instead, orders are placed online from home or at one of the computers set up in the restaurant. A nimble staff of two or three focuses entirely on preparing food and getting orders out.

“When we have staff shortages, you either find a way to hire more staff, or you find a way to not use staff. So we choose not to use them,” said Ploentham.

He said this leads to more equal pay for his employees and a more streamlined guest experience.

For Holden, self-driving carts and other efficiency updates are helping them keep the warehouse going, keeping the employees they do have at work and getting the products out to customers.

“As we've gone through this labor shortage issue, there's a general level of understanding because everybody's gone through it, but at some point in time, that becomes an old excuse,” he said as "Chuck" whizzed by. “They're looking for us to create a solution to get through that. And so that's really what we've been focusing on.” 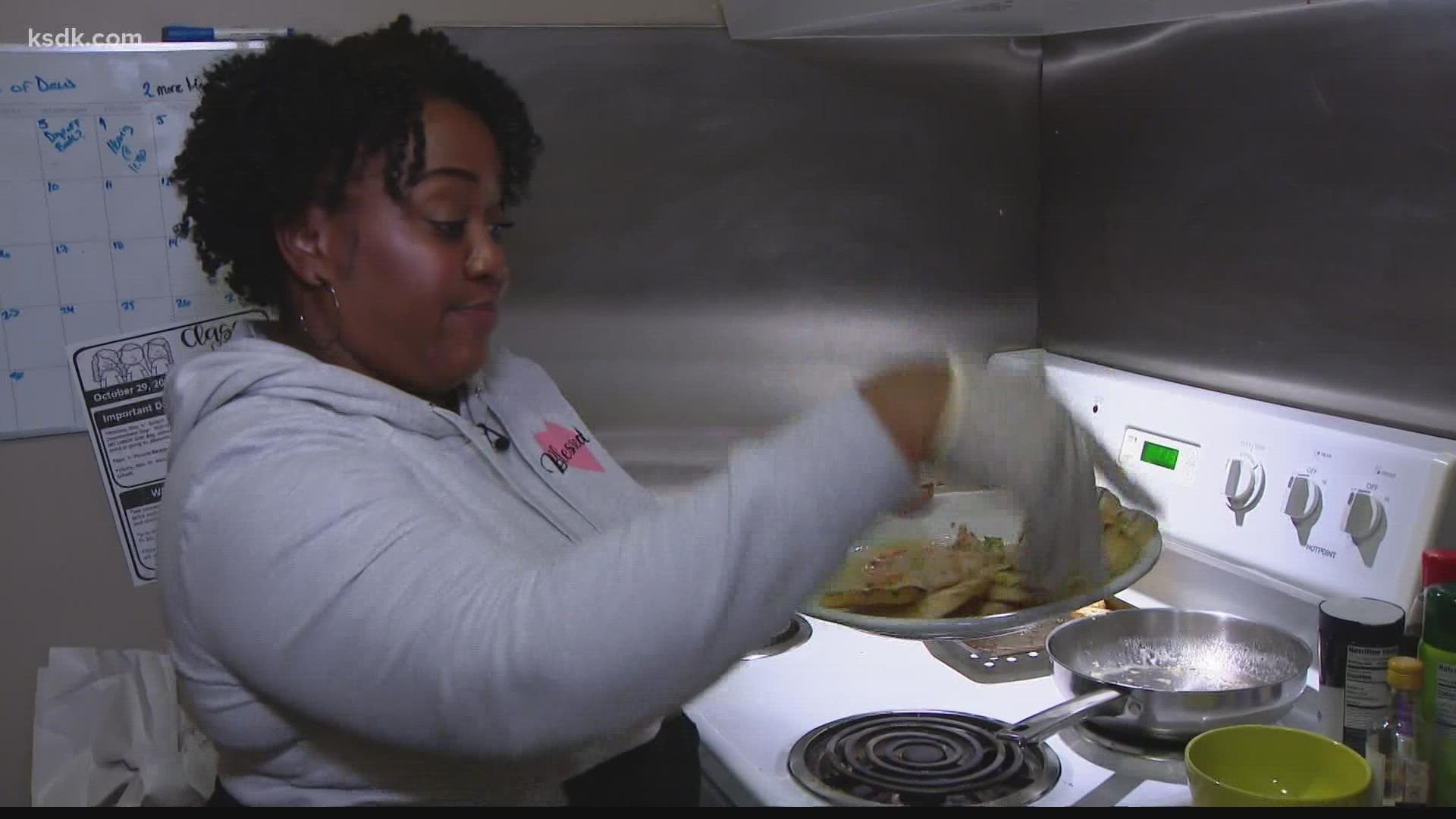 What's keeping people from getting jobs?