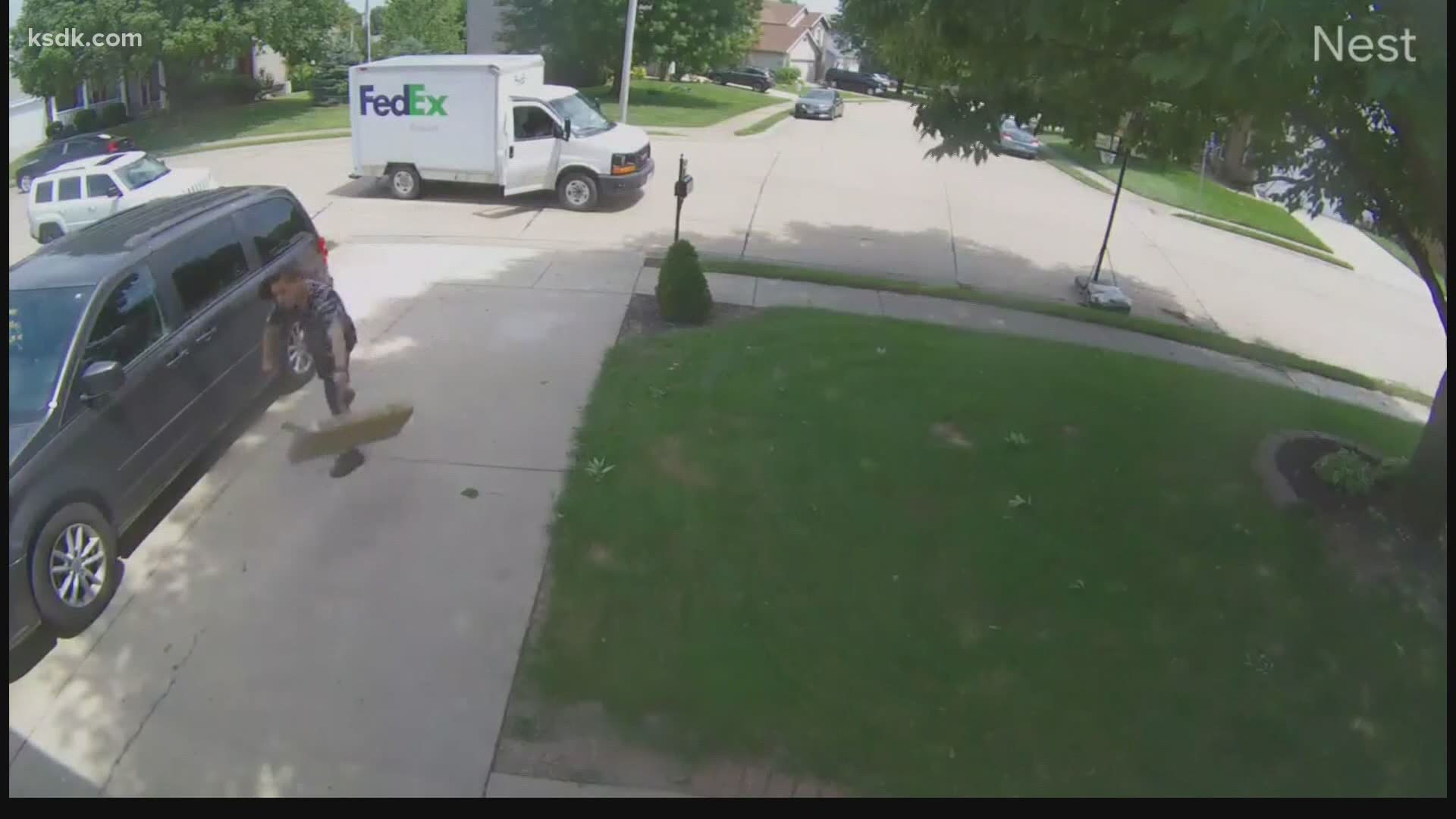 O'FALLON, Ill — An O’Fallon, Illinois, mom said her daughter’s birthday present was thrown across her driveway by the FedEx worker who delivered it. She knows it happened because it was all caught on her home surveillance camera.

Amanda Chamblin is a busy mom of four. She was in the middle of planning a pandemic birthday for her daughter Charlotte when she stumbled upon a package in her driveway.

“I picked it up and it was rather heavy and I'm like, what is going on? It was then that we actually pulled up the Nest Cam not expecting to see that at all," Chamblin said, describing the moment she saw the FedEx worker toss the package up her driveway.

"So, that was a little overwhelming at first. I had to kind of had to wrap my brain around it. That was a really good toss he did there,” Chamblin said describing the video.

The package was a guitar her parents shipped from Webster Groves for Charlotte's 7th birthday. They had it shipped because they were originally not going to make it to the party because of the risks with COVID-19.

“Once we realized what the box was, then I was like, oh no. I was almost afraid to open it, to be perfectly honest,” Chamblin explained.

It ended up just having a minor scratch and her daughter's reaction after opening it was priceless.

“She loved it! Bawled her eyes out. She crumbled like Christmas morning; it was the sweetest thing,” Chamblin said.

5 On Your Side sent FedEx the video and received this statement:

“FedEx Ground is experiencing a surge of package volume due to e-commerce growth during the current pandemic and we are flexing our network as needed, including securing additional resources, to continue to serve our customers and communities. The behavior depicted in the video is unacceptable and inconsistent with the professionalism FedEx Ground service providers demonstrate every day in safely and securely delivering millions of packages to our customers. We are committed to treating our customers’ shipments with the utmost care and have taken the appropriate action to address this matter.”

Chamblin said she’s sharing what happened because she thinks there's a lesson to be learned.

“We all have bad days, we get it. I understand, you're forgiven. We're not upset," she said. "But more than that, there are just a lot of people that really need and want jobs right now, and for those who have them, do your best at them. There are plenty of people who are struggling and who want to be in his shoes and do a great job,” Chamblin said.

FedEx said since the pandemic it has seen surges in deliveries similar to what they experience during the Christmas season, except they’ve been dealing with it for months now.

The runner who was seen throwing the package in the video has been let go.