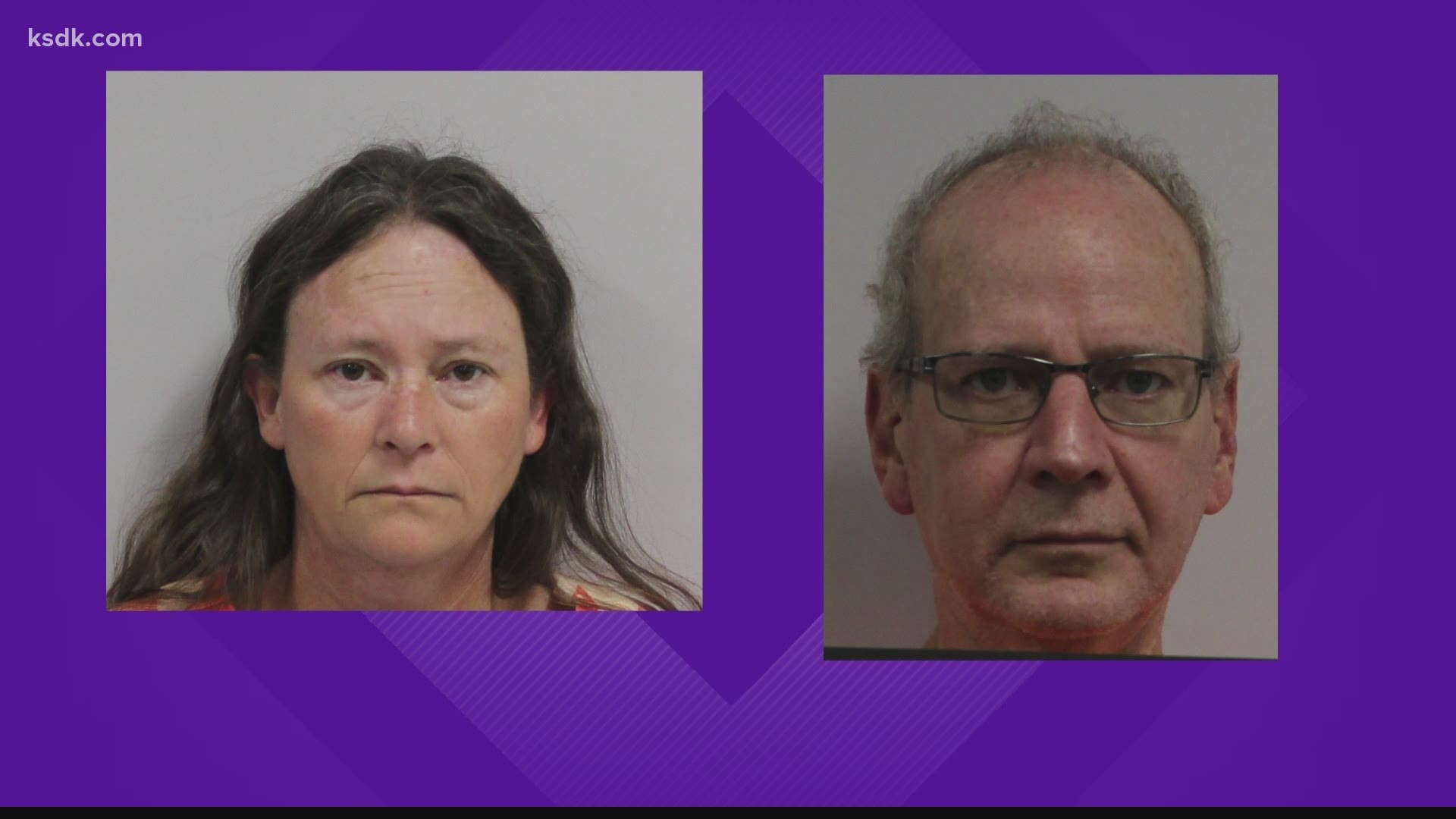 DENT COUNTY, Mo. — They had the time, the vehicles and the free health insurance to get the care their adoptive daughter needed, but they didn’t, a Dent County Sheriff’s Office detective pointed out to Susan and Randall Abney in court records.

When asked who is responsible for the 10-year-old girl’s death, the detective said the mother replied, “Me and Randy.”

The Abneys are each charged with one count of abuse or neglect of a child resulting in death.

The little girl, identified by her initials JAA in court records, died on Oct. 3. The 10-year-old was so thin, a detective working the case said, “she appeared like a Holocaust victim.”

Randall and Susan Abney adopted the girl when she was about 3 years old in 2013. Susan said she was the first of about 12 or 13 children the couple ended up fostering. They said she was a normal kid who was homeschooled. They didn’t know of any medical issues and said she didn’t have diabetes.

But toward the end of September, the Abneys said things started to change. They said JAA stopped eating and complained about being constipated.

On Oct. 3, the parents told investigators they were all sitting down for dinner when the girl complained she didn’t feel well, and then fell over. A sergeant with the Dent County Sheriff’s Office responded to the Abneys home outside Salem at 6:27 p.m. for a report of an unresponsive child.

The sergeant performed life-saving measures on her inside their home and then drove an ambulance while EMTs continued their efforts in the back while on the way to the hospital.

A doctor who worked to save the girl’s life said she was emaciated and had a blood sugar of 10, which is far below the standard range. The doctor also said she was so dehydrated he wasn’t able to draw blood.

A Dent County deputy coroner later said the girl weighed just 39.8 pounds, and that included the weight of a body bag, blanket and attached medical equipment. A typical 10-year-old girl would weigh about 70-75 pounds, according to the court documents.

About an hour after arriving at the hospital, doctors pronounced JAA dead.

A detective watched as the doctor broke the news to the girl’s parents.

“Oh, [expletive],” Randall Abney said, while Susan put her head in her hands, the charging documents state. The couple agreed to follow investigators to the sheriff’s office for further interviews on the record.

A detective who responded to the hospital said the girl was emaciated and he could see several of her bones. He also observed what looked like bruises on her temples, legs, arms and chest.

The girl’s appearance and death prompted investigators to request a search warrant at the Abney home. The parents agreed.

Inside their house, a detective with the sheriff’s office found a lock on the refrigerator. He said it was tight and difficult for him to open; in court records he stated he didn’t think JAA would have been able to unlock it given her emaciated state. During an interview, Randall Abney said his daughter had free access to the fridge and could open the lock.

There were canned and powdered goods that required cooking stored away in cabinets that were too high up for the girl to reach.

Her bedroom revealed more signs of concern. When the detective first asked Susan Abney about her daughter’s room and living situation, “there was a long pause and then no answer,” the detective stated in court documents.

The lock on the girl’s room was facing the hallway. Randall Abney insisted he never locked the girl in her room, and he thought the lock was that way when they bought the house.

Susan’s account was very different. She said Randall flipped the lock around and that they did use it. Susan said they would lock JAA in her room while they were outside gardening or getting mail because they have a gun in the house. There also was an alarm on the door and more locks on a closet in her room.

A search of the parents’ bedroom revealed dresser drawers packed with a stash of sweets. Cookies, brownies, candy, crackers and snack bars. Susan Abney told investigators it wasn’t fair that they had all that junk food in their room.

Susan said she felt bad seeing JAA emaciated and thought about taking her to a doctor. When asked why she didn’t, she replied, “I don’t know.” An investigator asked the same question later in their interview, to which she said, “My own stupidity” and “I was too scared of what they would think.”

Susan Abney said it was possible their daughter might still be alive if they had taken her to a doctor “and maybe a psychologist,” she said.

Randall Abney said the girl was too thin because she chose not to eat, that she had refused to eat before but then started eating again. After an initial interview with investigators, he didn’t cooperate and asked for a lawyer.

Susan and Randall Abney were arrested and charged. They’re each being held on $500,000 bond. They’re scheduled to appear in court on Oct. 29. If convicted, they could face 10-30 years in prison or life in prison.

The Dent County Sheriff's Office investigators requested an autopsy on JAA. A cause of death hasn't been determined.