After serving 22 years with the police department, Smith devoted most of his life to the church he founded

He started off in the early 1970s as a police reservist. He had a daytime job and had to donate 20 hours a month to the department exercising all the powers of a police officer, but without the pay.

It was a way for people to decide whether policework was for them.

And there was a separate police academy program for reservists, run by then Officer Wilbern Grove and Sgt. Bob Busch.

Not long after completing the reservist academy, Smith told Grove and Busch he wanted to resign.

But Grove said he knew there was something special about Smith.

He and Busch rejected Smith’s resignation.

“We talked him out of resigning,” Grove recalled. “He said he wanted to go to Atlanta for a year, but we told him, ‘Don’t resign, we’ll give you a leave of absence.’

“And he never forgot that. He came back a year later and didn’t have to go back through the academy.”

Grove said he and Busch got Smith into the police academy and he became a full-time officer, serving the city’s former Eighth District in north St. Louis.

RELATED: 'He fought a good fight and he finished the race!' Florissant pastor dies from COVID-19

He came to the Juvenile Division during the 1990s, where he found his calling, recalled retired Officer Rodney Smith.

Rodney Smith was Carl’s training officer. The kids called Rodney “little Smitty” and Carl Smith “big Smitty.” They had the same last names, but Carl Smith stood well over 6’ tall, Rodney Smith said. Carl Smith had a commanding voice to match his commanding physical presence, and but those I interviewed said they never saw him raise it.

“He didn’t think of kids as being little delinquents,” Rodney Smith said. “He thought of them as human beings like everyone else in need of a future.”

The Juvenile Division called themselves the “school crew.”

Carl Smith would frequently follow up with kids after work. Talk to their parents. Buy the kids a burger just to talk. Buy them shoes. Buy them socks. Whatever they needed. Whatever it took, Rodney Smith said.

“He really got close to the kids. He knew how to relate. He had the demeanor and the voice for it. The kids truly listened to him when he spoke.”

How did he know they were really listening?

“Because they were quiet,” Rodney Smith quipped.

The pair worked at Williams Middle School in the 3900 block of St. Ferdinand. They carried pagers, and teachers would page Carl Smith if ever there was a situation. But he would frequently sit in classes, too.

“It was to keep the peace but also to show he was not the type of person you have to make an appointment for,” Rodney Smith said.

“He would always greet you with, ‘What’s up, doc?’” Lopez said. “I don’t remember him getting very upset, he was always an even-keeled, peaceful individual. He talked slow, and just helped calm the situation. I’m not sure you’d want to challenge Carl, but I never saw him get explosive or raise his voice. I could never master it as much as I wanted to.”

“It would open up doors. If I would say, ‘I work with Carl Smith,’ as a newer officer, people would say, ‘We know Carl, he’s a great guy.’ It was like a seal of approval if you name-dropped him.”

At one point, a commander transferred Carl Smith out of the Juvenile Division and returned him to the streets.

No more than two weeks went by before Carl Smith was returned to the school crew, recalled former Officer Rick Lingard.

“The community played a big part in that,” Lingard said. “They wanted him back.”

Detective Carl Smith became the Rev. Carl Smith, and his faith played a big role in the advice he gave kids and his coworkers.

He renewed Lingard’s vows for his 20th anniversary.

Grove asked him to perform his service when he died.

After serving 22 years with the police department, Carl Smith devoted most of his life to the church he founded: New Beginning Missionary Baptist Church.

In late March, Carl Smith texted Lingard telling him about all of their friends who had tested positive for the coronavirus.

“He asked me to pray for those people,” Lingard said.

A few days later, Lingard said he got a text saying Carl Smith was in the hospital. He had tested positive.

Seven hours after that, Lingard learned Carl Smith had died. He was 64.

Since then, Carl Smith has been memorialized in media reports mostly for his work as a minister and community leader.

But those in the circles I talk to remember him as a police legend. 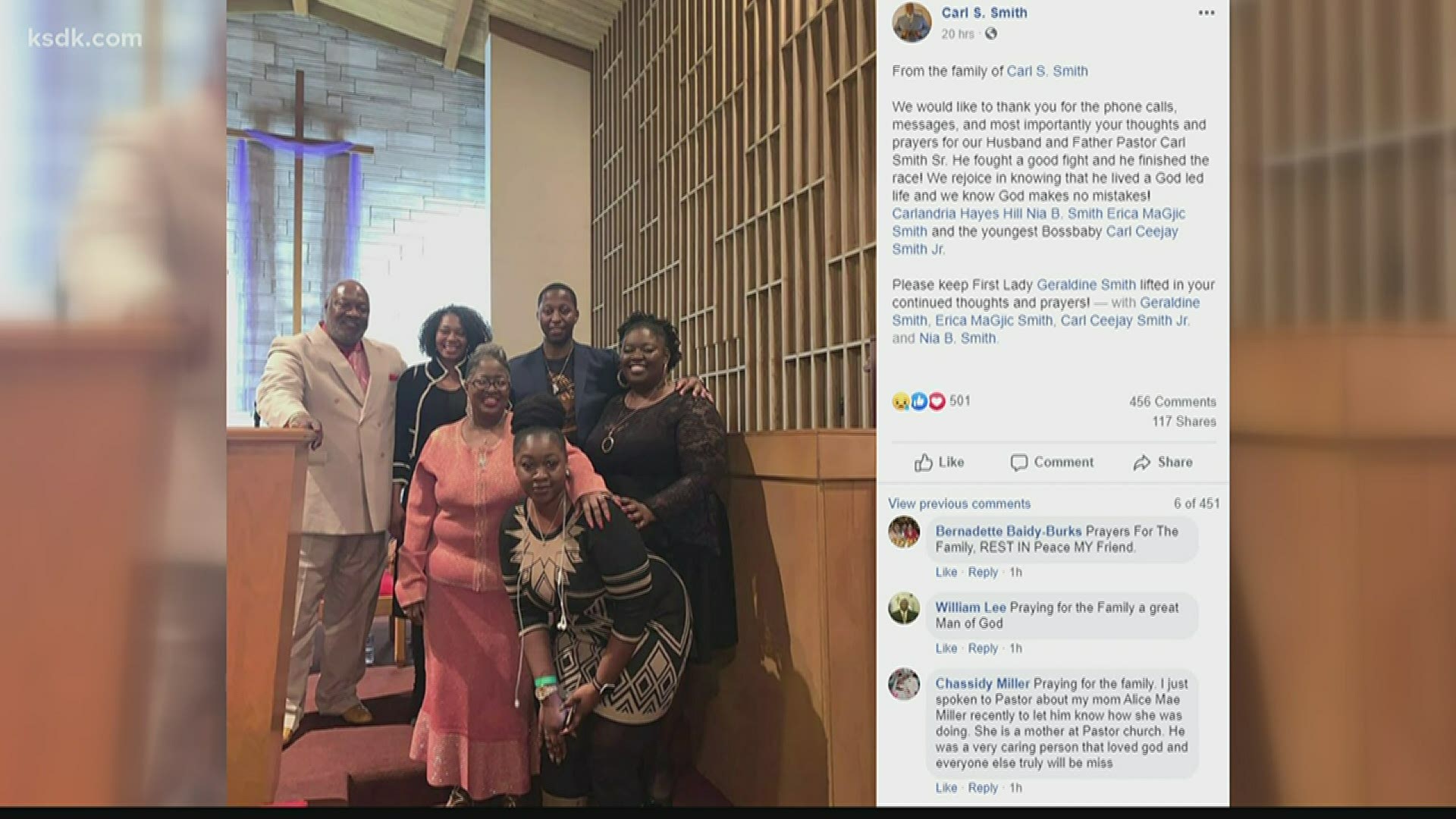