Homeowner shoots in air, scares off burglar at his Central West End home

“I went in there with a gun trained on him and I said put your hands up and get out, and he did.” 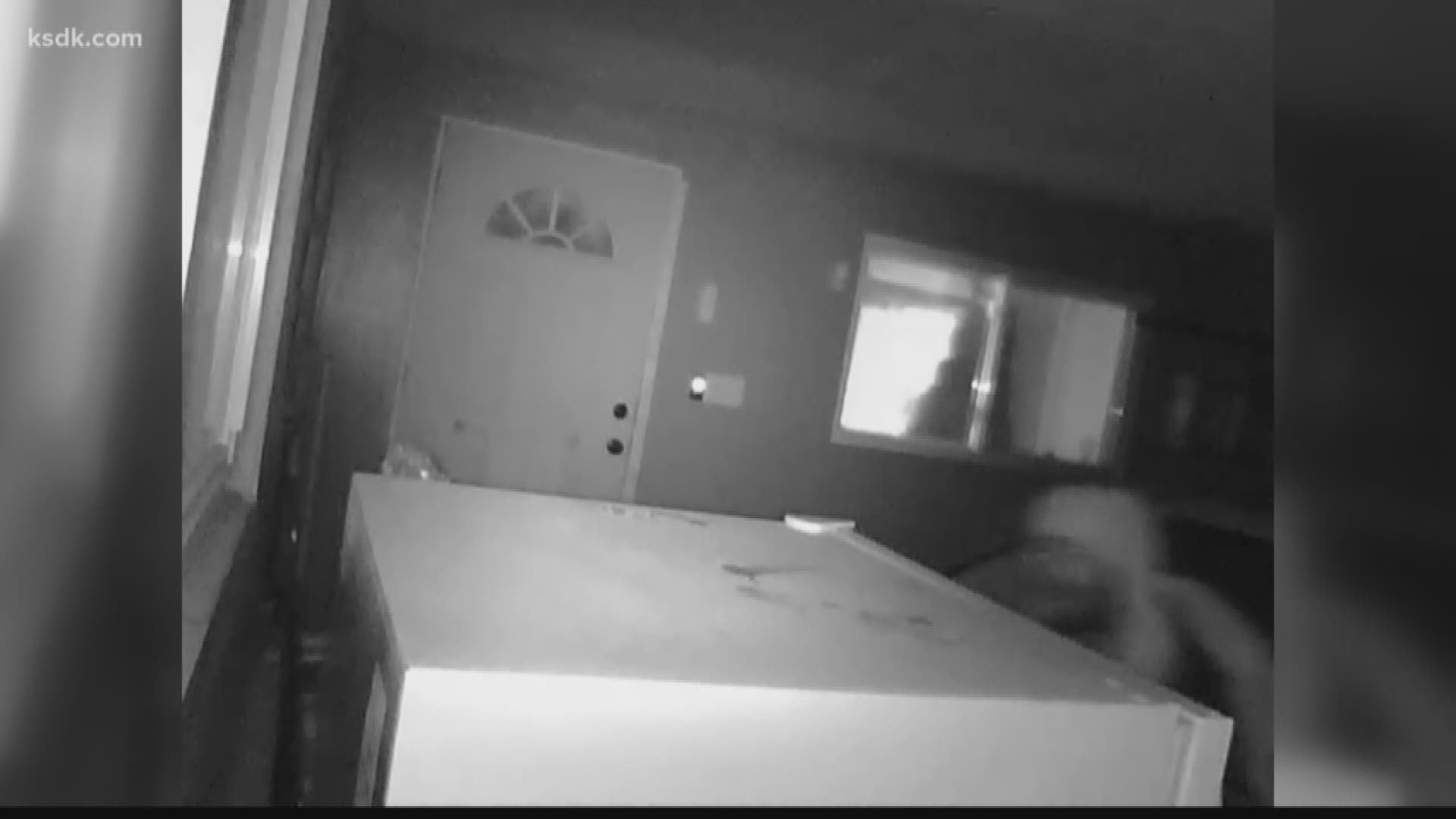 ST. LOUIS — A Central West End homeowner is so fed up with crime at his home he took on a guy trying to break into his home.

And it was caught on his home surveillance video.

"This guys is a pro. He brought tools. He has been coming back," Brian Elsesser said.

In the four years, Elsesser has lived in his home in the Central West End he said his place has been broken into constantly.

'We've been burglarized so many times in the last few years. It's a very similar set of circumstances," he said.

Last Tuesday, it happened again. Elsesser said he and his wife were inside their home on McPherson Avenue when his dog started barking something in his backyard. So he went out to his garage to check out the unusual noise.

"The dogs went crazy and we heard a little chime," he said. "I get to right about here [garage door] and I see the door open and then shut."

His home surveillance video showed a thief in his garage. The camera then showed the man looking around for several items.

"I went for the door, kicked it and open it and got in like this and I heard him drop something metal," he told 5 on your side.

So he said he backed away and took out his gun. He then fired two shots in the air to scare off the would be thief.

"I'm right here and I got the gun on him and I'm like get down on the ground," he said.

But, he said what the burglar did next even took him by surprise.

"He goes over like this looking at me then he makes a b-line for the fence and vaulted," he told 5 on your side.

Elsesser said the latest break-in has him frustrated and angry,  but he hopes going forward police can stop the rash of crimes in his neighborhood.

"I kind of feel like I'm getting robbed twice because I'm paying for this extra security and they've been a day late and a dollar short for years now." he said. "I want to see my tax dollars at work. I want to see the neighborhood security initiative do their job."

In 2018, break-ins in Central West End were down overall. However, house break-ins at night were up 82 percent.

The suspect is still on the loose. If you have any information in this case, you can call St. Louis police.