Also Monday, both officers invoked their Fifth Amendment right not to testify — as they did during the first trial 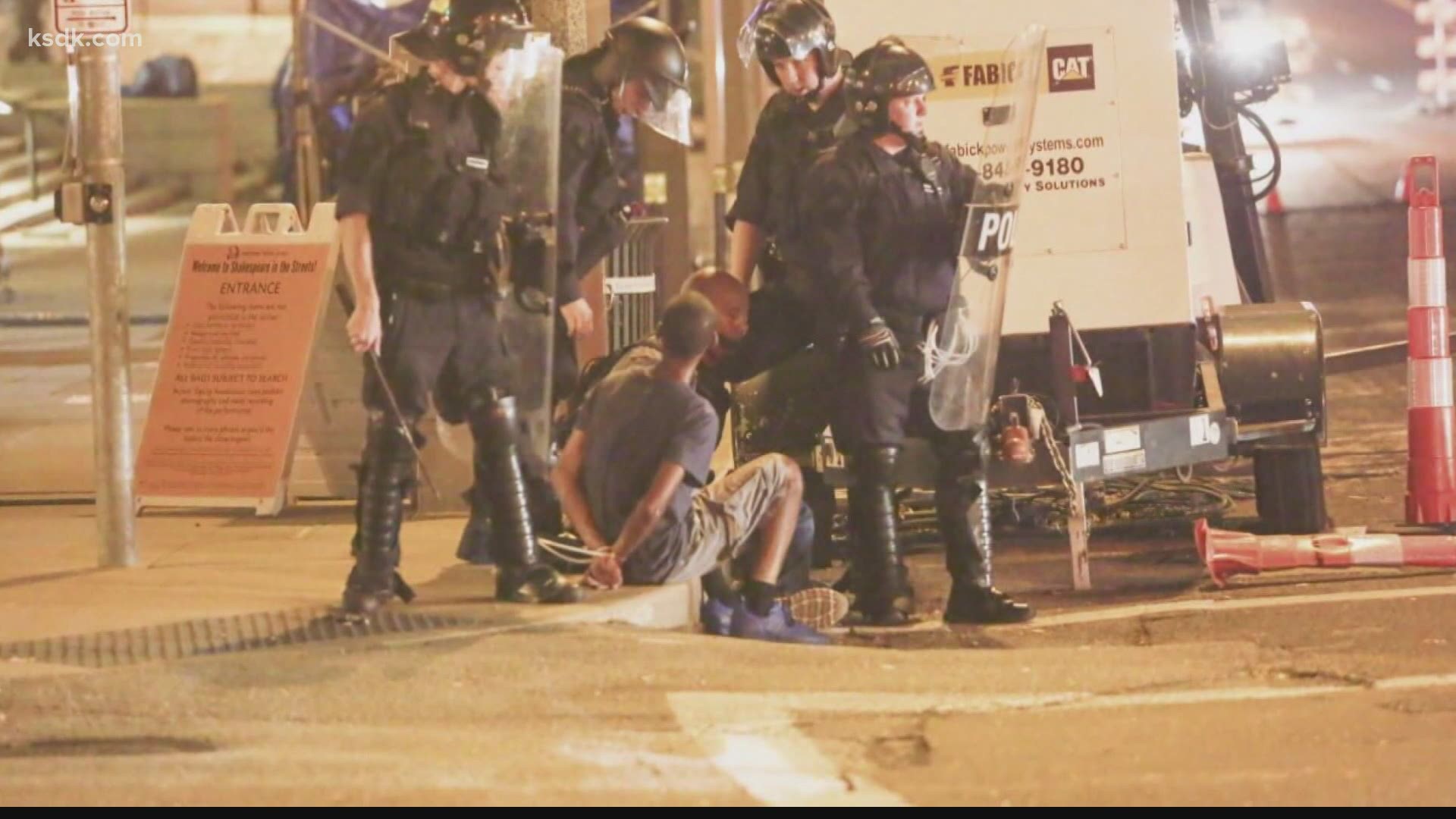 ST. LOUIS — Prosecutors trying to convict two former St. Louis police officers for assaulting one of their own as he worked undercover as a protester rested its case Monday with perhaps its most powerful evidence against them: text messages.

In the messages, former Officer Dustin Boone uses the n-word and sends a lengthy apology to the victim in the case, Detective Luther Hall. In one, he tells a friend, “I feel bad, we obviously didn't know he was a policeman.”

In others, former Officer Christopher Myers writes, “Let’s whoop some (expletive)” as the protests were about to start in 2017 after a judge acquitted a white St. Louis police officer of murdering a Black man.

The jury also heard from a doctor who treated Hall, and said his injuries are consistent with the alleged assault because he did not complain or experience any neck or back problems before it.

Patrick Kilgore, who is representing Boone, suggested the neck issues could be degenerative.

One noticeable absence from the prosecution’s witness list is former Officer Randy Hays. He has already pleaded guilty to his role in the alleged assault and is awaiting sentencing.

He testified during the first trial and changed his recollection of what the officers did during the alleged assault.

This is the second time these officers are on trial for their role in this assault.

Boone is facing the most serious of charges in this case, aiding and abetting in the deprivation of civil rights. It carries a sentence of 10 years in prison.

Myers is charged with tampering with evidence to impede an investigation for allegedly destroying Hall’s cellphone.

The government must prove Boone knew he was aiding and abetting in the deprivation of Hall’s civil rights. His defense has focused heavily on how Boone assumed his fellow officers had probable cause to make the arrest, and that’s why he held Hall down by putting a knee in his back and pushed his head back down to the ground.

The same can be said for Myers.

The government must prove Myers is the one who struck the phone, and that he knew there was a criminal investigation he needed to impede.

His defense has focused heavily on creating reasonable doubt around who actually destroyed the phone, suggesting at one point Monday that an officer who stepped on it could have shattered the screen and a pebble in that officer’s shoe could have created the circular shape of the cracks.

The prosecution has said the crack to the phone clearly came from an asp and went through photographs taken by a newspaper photographer and Hall’s own cellphone to demonstrate its theory.

The defense also spent hours going through the images, and the corresponding timestamps, showing their clients were not near Hall during the alleged assault.

Prosecutors have said the last few frames caught on Hall’s cellphone show an officer raising a baton before striking the phone and the audio cuts off. Defense attorneys suggested Myers was not near Hall at the moment the phone was struck.

Myers’ face can be seen in the last few moments before the phone cuts off entirely. His attorneys say he picked it up, saw blood on it, and threw it out of the way. Before Hall was taken away, Myers put the phone back in Hall’s backpack — another move his attorneys say prove he had no intention of destroying evidence.

Also Monday, both officers invoked their Fifth Amendment right not to testify — as they did during the first trial.

The defense called four officers to the stand and is expected to call additional officers Tuesday.

Lt. Joe Crews was among the officer called. He said he saw Hall at police headquarters holding a towel to his bloody lip and asked him what happened.

“He told me he was running with the (expletives), the worst of the worse,” when the police got him.

First Assistant U.S. Attorney Carrie Costantin reminded Crews of his statement to the FBI in which he said Hall told him he was “running with everyone” and got his (expletive) beat by the police.

The defense is expected to call at least two more witnesses Tuesday, and the jury could start deliberations Tuesday afternoon.