On Tuesday, police identified the people found dead as Laws and Zhukov. 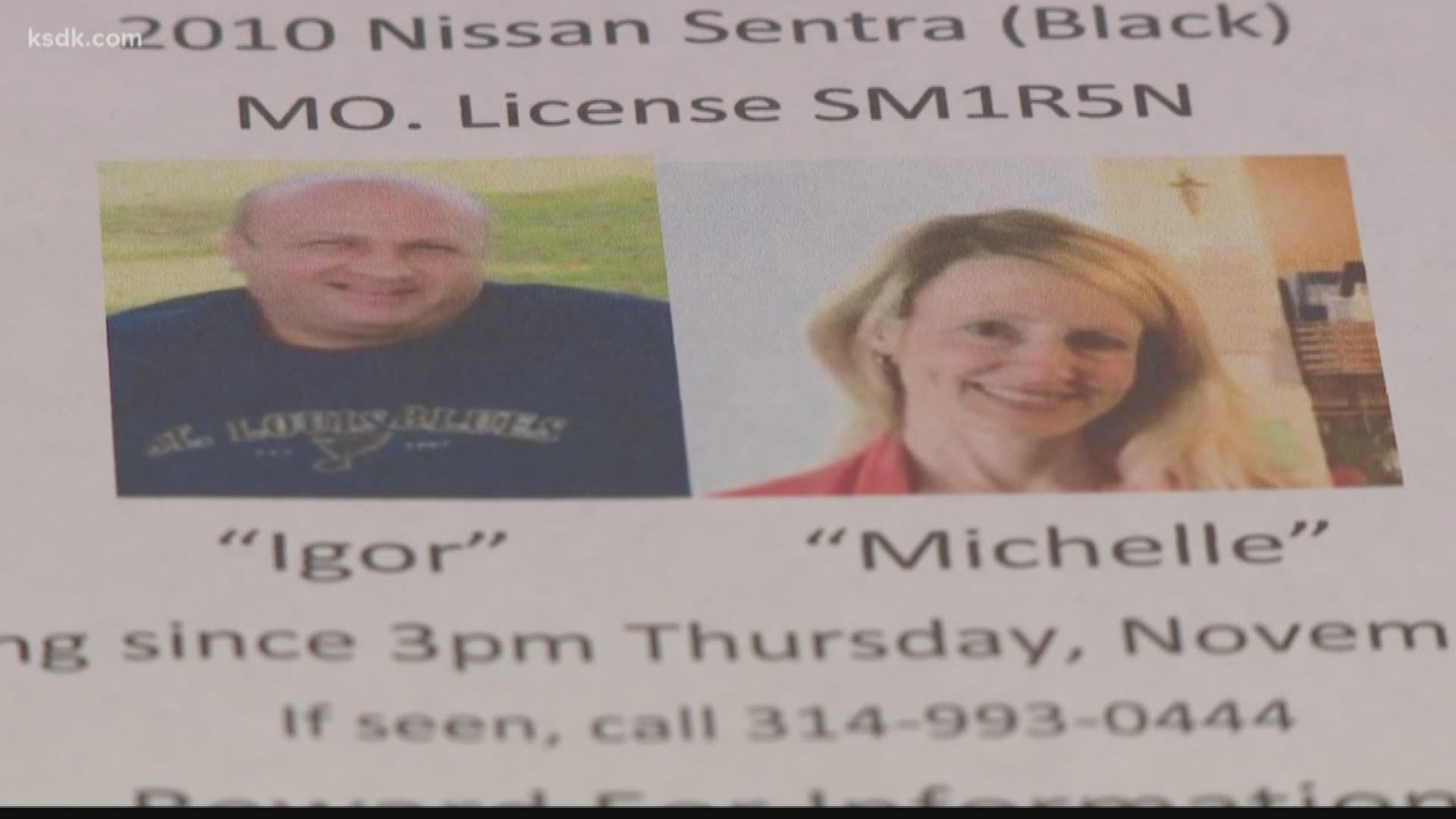 Riverview police said they were called to the 300 block of Bluff Drive to investigate a suspicious car. When they arrived, they found the two victims dead inside the car. The Olivette Police Department confirmed that the car belongs to Michele Laws and Igor Zhukov Monday afternoon. On Tuesday, police identified the people found dead as Laws and Zhukov.

Police said both suffered fatal gunshot wounds. Police said they did not know how long they were dead before they were discovered.

They were reported missing out of Olivette last week.

Riverview police asked the St. Louis County Police Department to help with the investigation. The incident is being investigated as a double homicide.