"To actually see that taking place on a parking lot of an open business, just seems like something you'd see on TV," Det. McClellan said. 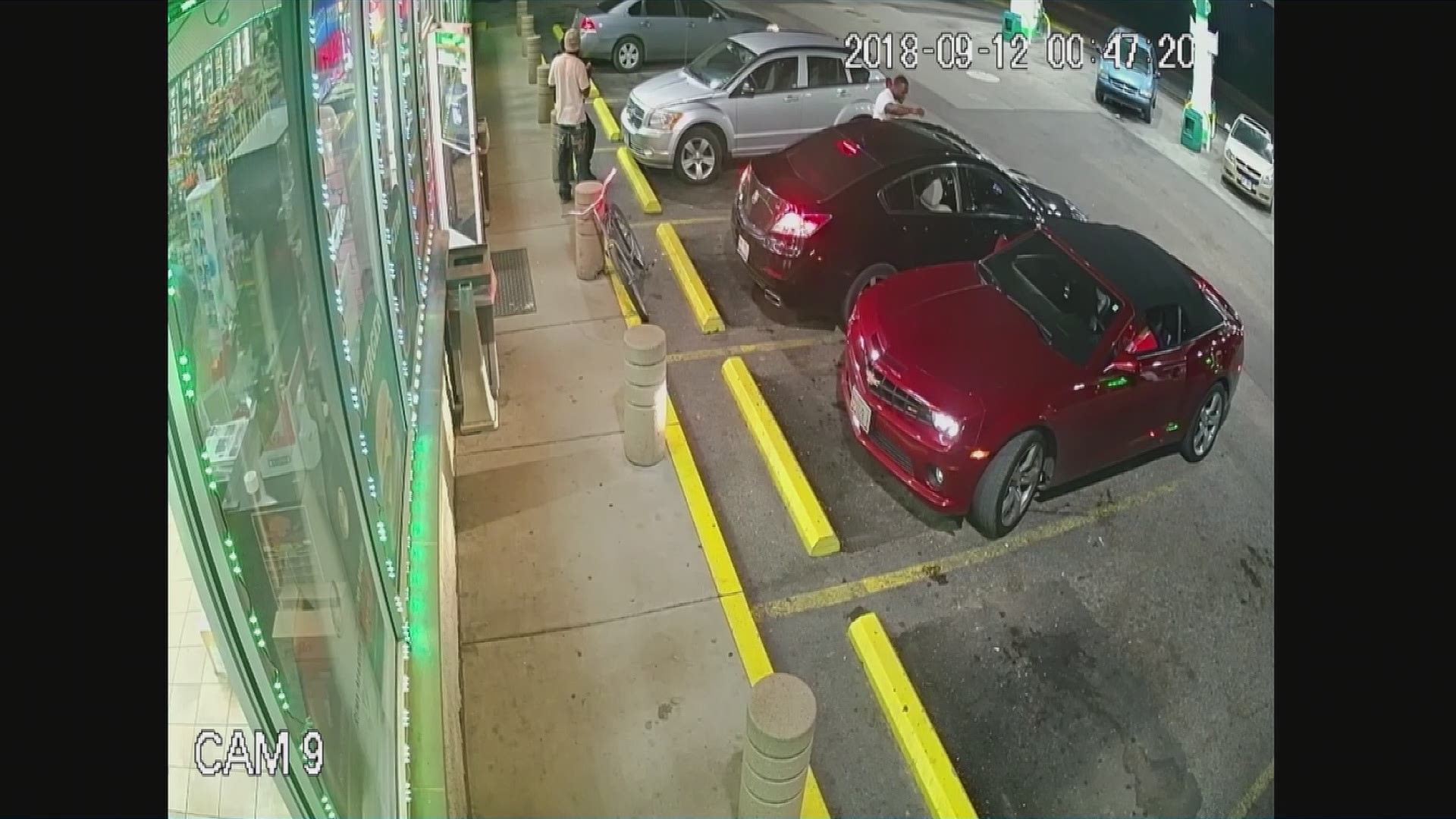 EAST ST. LOUIS, Ill. — Customers ducked, ran for cover and crawled on the ground to get away from a shootout at a gas station in East St. Louis. New video released by the police department shows the terrifying moments from inside and outside the business.

“To actually see that taking place on a parking lot of an open business, just seems like something you’d see on TV,” Det. McClellan said. “That was really scary when you watch it.”

Police responded for a report of gunfire at the Gas Mart at Missouri Avenue and 18th Street at 12:50 a.m. September 12.

Two men in the parking lot started arguing. They both reached for their guns and started firing.

Surveillance video from the gas station showed the men firing several shots at each other. A few other men who were standing nearby ran for cover—one of them crawled under a car next to where the bullets were flying. The gunfire ended when one of the vehicles drove off.

The scene inside the gas station showed panic and terror. A woman buying lottery tickets in the front of the store dropped to the ground and crawled away. Surveillance video shows glass raining down on her head as the bullets hit the front windows of the business.

Another look inside shows a woman grab a man and hit the ground as bullets struck the glass doors of a beverage fridge just one aisle over.

Despite the gunfire shattering windows inside and outside of the gas station, no one was hurt.

“Thank God no one was injured or hurt and no one was shot,” Det. McClellan said. “Just a lot of property damage and a lot of rounds being fired.”

The two men involved in the shootout know each other—and are known to police, Det. McClellan said. One of the men came in to talk to police, but his attorney advised him not to give a statement. Police haven’t caught up with the other suspect who fired the first shot. They don’t know what led to the shooting.

“Seems like everyone is riding around with guns,” Det. McClellan said. “They choose to handle their issues by carrying a gun instead of trying to speak with each other or handle it another way.”

Police are asking witnesses and anyone with information to come forward.