Companion of St. Louis County murder victim remembers him as humble man on 'mission to save people'

"My heart feels like it has stopped. I can't eat or sleep after losing him. He took my wings with him," said the companion of Dr. Sergei Zacharev 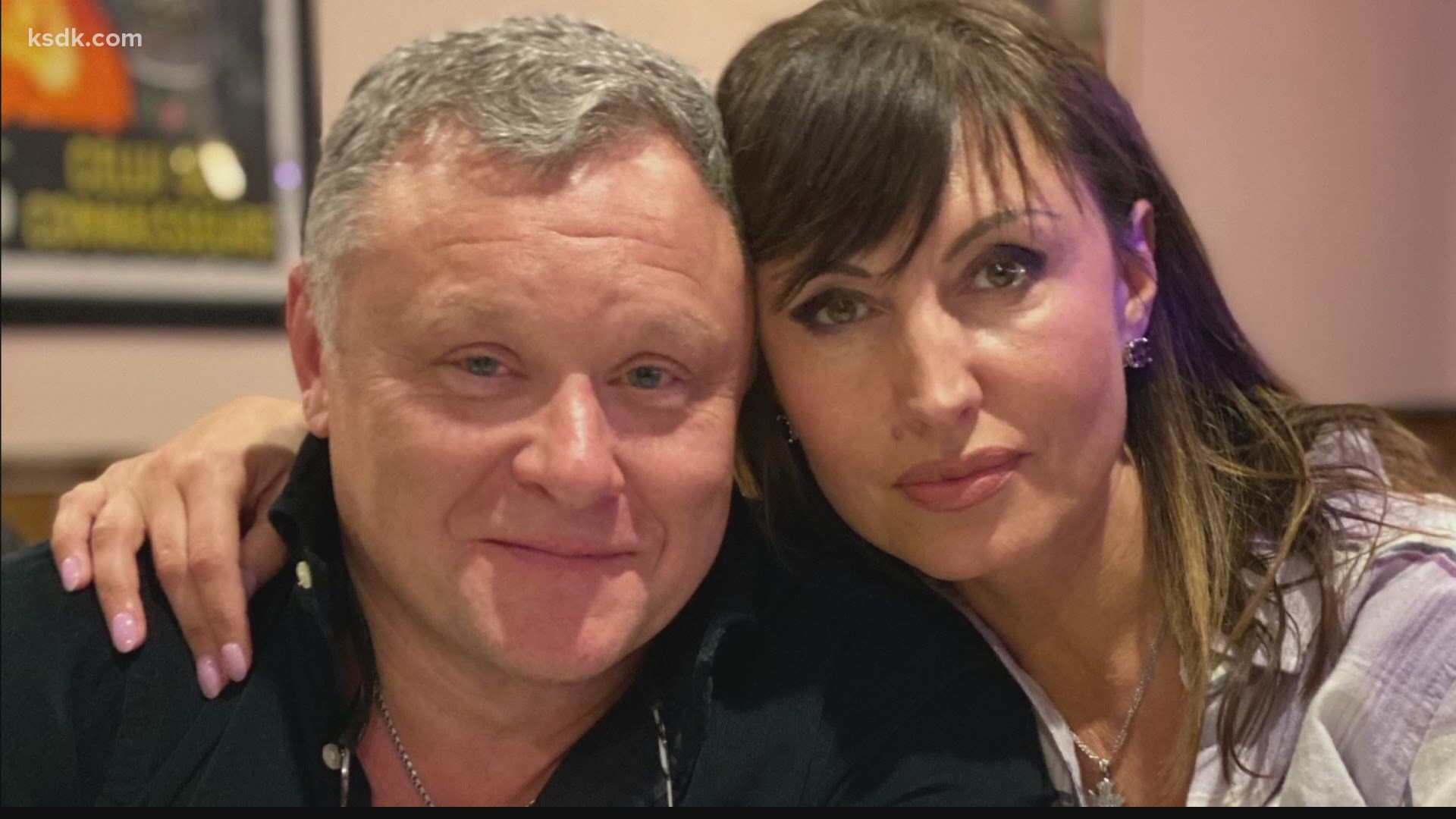 ST. LOUIS — "Sergei was very brave, a fighter, a talented singer and a great doctor."

That's how Olga described Dr. Sergei Zacharev, the man shot and killed in Brentwood last week by what police believe was a South Carolina couple on a violent crime spree.

Olga and Zacharev shared many laughs, created special bonds and cherished being a couple for a year and a half.

She says nearly 30 years ago the brave, Russian "lion" left his native land of Belarus and moved to the United States.

"He told me his mission was to be an American doctor and save American lives. Everybody loved him," said Olga.

The dedicated doctor was even on the front lines helping COVID-19 patients on ventilators.

"He told me he did this not for money, again it was in him, truly his mission," Olga said.

More than a week ago, Zacharev and his companion took a much-needed vacation to Miami, Florida.

Olga said on May 15, Sergei left their vacation in Florida and flew back to help his team at Christian Hospital. The next morning, she received a chilling phone call from police that changed her life forever.

"When the police first called me, I just couldn't believe it and thought it was a joke at first. I hopped on the first plane and headed back to St. Louis. My heart felt like it stopped and today it still feels like it has stopped. I can't eat. I can't sleep. I miss him so much," she said.

She cannot believe her 58-year-old companion was shot and killed outside a Brentwood restaurant during what police believe was a random crime spree.

On Wednesday, Olga wiped away tears and stood by her companion's flower-filled gravesite waiting for one thing.

"Justice. That's all I want for him is justice. Nothing can bring him back. He was a real doctor with a big heart. He was my hero. He just took my wings to heaven with him and I'm never gonna be the same anymore," Olga said.

Olga also told 5 On Your Side that right now she, Dr. Zacharev's mom, his adult son, nephew and their entire family are all leaning on each other.