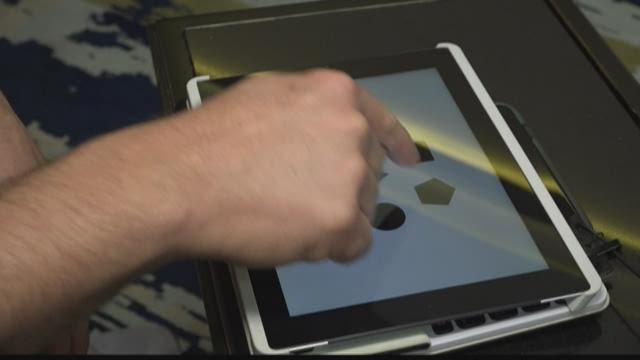 When we think about getting in shape, we usually think about our physical fitness. The folks behind RC21X want to change that.

RC21X is a new app seven years in the making.

“The most complex application ever built,” Cavicchia said. “1,500 measurements have to precise and accurate.”

The science maybe complicated. But, the app isn’t.

“It’s easy to use, fun and fast,” says Cavacchia.

You play a series of games that measure your memory and neuro-motor skills. The data is then tracked over time.

“This is your trend data,” says Cavacchia.

The information will allow the user to monitor themselves and tell if there is an issue with your mental health.

“This is a tool that’s going to give you early detection,” CEO Clarence Carlos said.

Former NFL quarterback Gus Frerotte took a lot of hits during his career.

“When I first started playing you got hit hard, you continued to play,” Frerotte said.

It didn’t take long for him to understand the benefit of the app.

“Clarence didn’t have to talk long before I believed in what he was saying,” he said.

But RC21X isn’t just for athletes. Carlos says anybody looking to monitor brain activity can benefit for using the app.

“There’s a broad spectrum of people we can help,” Frerotte added.

They believe the app is revolutionary. Cavacchia says “in terms of impact on touching human this is humongous.”

The hope is it will also be life-saving for those looking to protect the health of their brain.

“I think we are going to save many lives,” Carlos said.