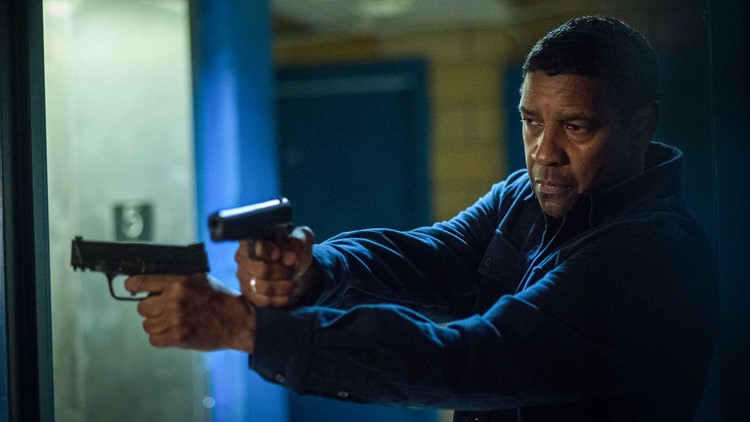 Robert McCall (Denzel Washington) is a bad guy's worst nightmare. A former Marine who can do more harm to the body than a criminal ever could, but in the name of goodwill and peace instead of malice or evil.

If you saw the way McCall could fight, one may call him a superhero in plain clothes. Liam Neeson's Bryan Mills with better knees. He might refer to it as dealing with a condition of "dying over and over again." In other words, McCall does good deeds to hide his own pain and keep his past locked away.

2014's The Equalizer, adapted from Michael Sloan and Richard Lindheim's television series, was a surprise hit, making $193 million worldwide. The Training Day team of director Antoine Fuqua and Washington produced a reunion that left enough juice on the plate and money in the bank for a sequel.

While The Equalizer 2 is entertaining in parts and moves well like its protagonist, the overall feeling upon leaving this film was a minor letdown. Everything that was felt fresh about the first one comes off as stale or tacky in the sequel. This isn't a case of a movie being successful so let's make another one, but it's not as precise or tightly packed as the original. The plot is simple revenge fodder.

When McCall's close friend is killed, he lured back into the dangerous world of guns, high stakes, and bloody endings. He teams up with his old partner, Dave York (Game of Thrones and Narcos star Pedro Pascal) to track down the bad guys while mentoring a young man from his neighborhood (Ashton Sanders). The story doesn't have much to it, other than giving McCall a reason to drink more hot tea, punch guys in the face and neck, and walk like a wise gangster away from the crime scene.

Cue the dark button-down shirts, quick hands, and mean Denzel face. He spends the rest of the movie ripping a path through Washington D.C. killing every wrong face that gets in his way. He does it with ease and without much fight coming back in return, almost like he has a wicked bullet-deterrent superpower. There are a couple twists, some conspiracy seasoning on top of this breakfast steak, but don't expect a whopper of a reveal that you didn't see coming from a mile away.

The film does come with its perks, especially the action sequences. There's a great bit with McCall, who starts the film as a Lyft driver, dropping some justice on a group of young suits, but not without asking for a good tip and rating on his rideshare service. There's another exhilarating and well-choreographed sequence with McCall fighting off a killer in his car while speeding through traffic.

Fuqua also knows how to create suspense instead of just going all-out on the fisticuffs. A scene involving a secret door and the climax on a hurricane-torn island will make you come out of your seat in anticipation or at least put a smile on your face. When it comes to the action, Fuqua and Washington are there.

It's the story and parts of the cast that come off as weak links that ultimately pull down from the experience. It's the same old "good guy with a tough and unfinished past" that grows like a tree in the sequel. Some things are better left unexplained or dived into. Action stories don't need show and tell acts. Richard Wenk's script was more polished in the first film.

Pascal packed charisma in a supporting role on HBO's hit series, but in a key role here, he's as dry as a torched piece of chicken on a summer grill. Martin Csokas and David Harbour took small roles in the original and gave them something. Pascal has the ability, but looks like a stranger to the material. I would have taken the bad guy from The Transporter at the very least. If the material isn't strong, ham it up and run with it a bit. Melissa Leo does return and gets a small yet potent role.

The adversaries in general don't measure up to Washington's McCall. You never feel like his guy is in danger of losing a fight. At one point, Neeson's Mills got his butt kicked looking for his daughter overseas. I make the comparison, because the makeups are very similar. Older guy, deadly set of skills, and bad guys who simply don't understand who they are messing with. Here, the antagonists are weak and easily doomed from the outset.

Sanders does a good job replacing the Chloe Grace Moretz character who McCall helps redeem. Some of the best dramatic scenes come between Washington and Sanders, as the older man tries to keep the kid off the streets and of course wants him to read more. Sound familiar? A lot of Equalizer 2 is painfully familiar.

Washington is steady and solid in the lead role, convincing you that he can convey all the trauma in McCall's head and dispense the brutality that occurs. You are talking about one of the best actors on the planet slumming it in the Arnold Schwarzenegger fast lane, and the results aren't bad. They simply aren't that good. This isn't Diet Denzel, but it's close. He does find a way to elevate the film with his gravitas and presence.

If you are a Denzel fanatic, go see this film. Otherwise, I can't tell you in good conscience to pay $12 to see this movie, not with all the other goods currently in theaters such as Three Identical Strangers, Ant Man and the Wasp, or even The Rock's Skyscraper.

The Equalizer 2 should do fairly well, and if there is a third one, I hope the script has more flavor and the antagonist is more equipped for the task of fighting Robert McCall. There may be no equal to him, but there is better out there.