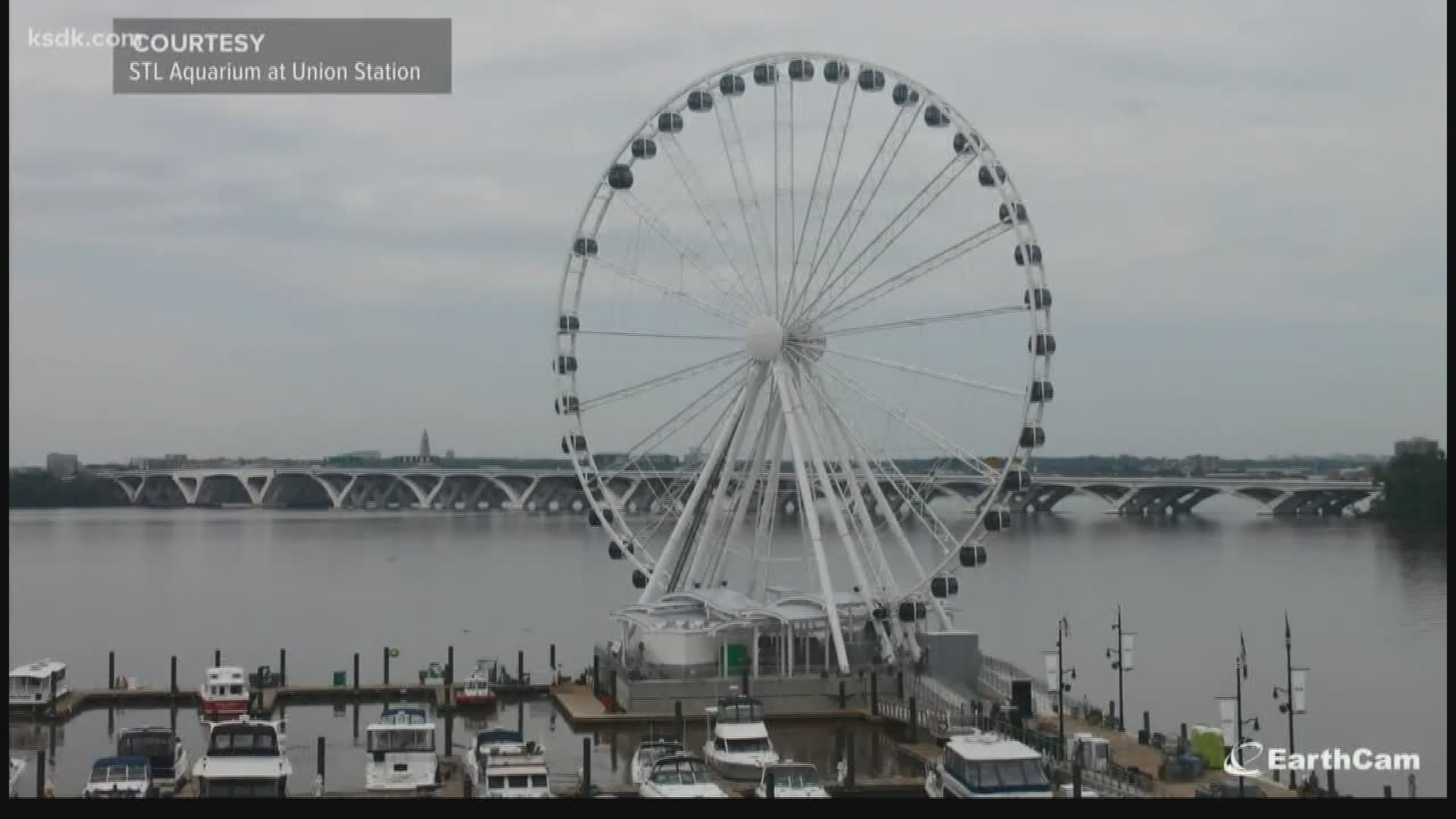 A spokesperson said the wheel will open in mid-October. An official opening date has not been announced.

It’s a 200-foot high observation wheel with 42 fully enclosed, climate controlled and ADA compliant gondolas that seat up to six adults each. Passengers will take three to four rotations high over the St. Louis skyline during the 15-minute ride.

It’ll be a new iconic attraction on the St. Louis skyline and will be operational every day of the year.

In addition to the St. Louis Wheel, Union Station will include mini-golf, a classic carousel and coming this winter, a ropes course, mirror maze and the new St. Louis Aquarium. The aquarium is set to open in December.