Find it hard to embrace winter? Learn from the Norwegians

We are used to winter, but we could still learn something from our friends in Norway. 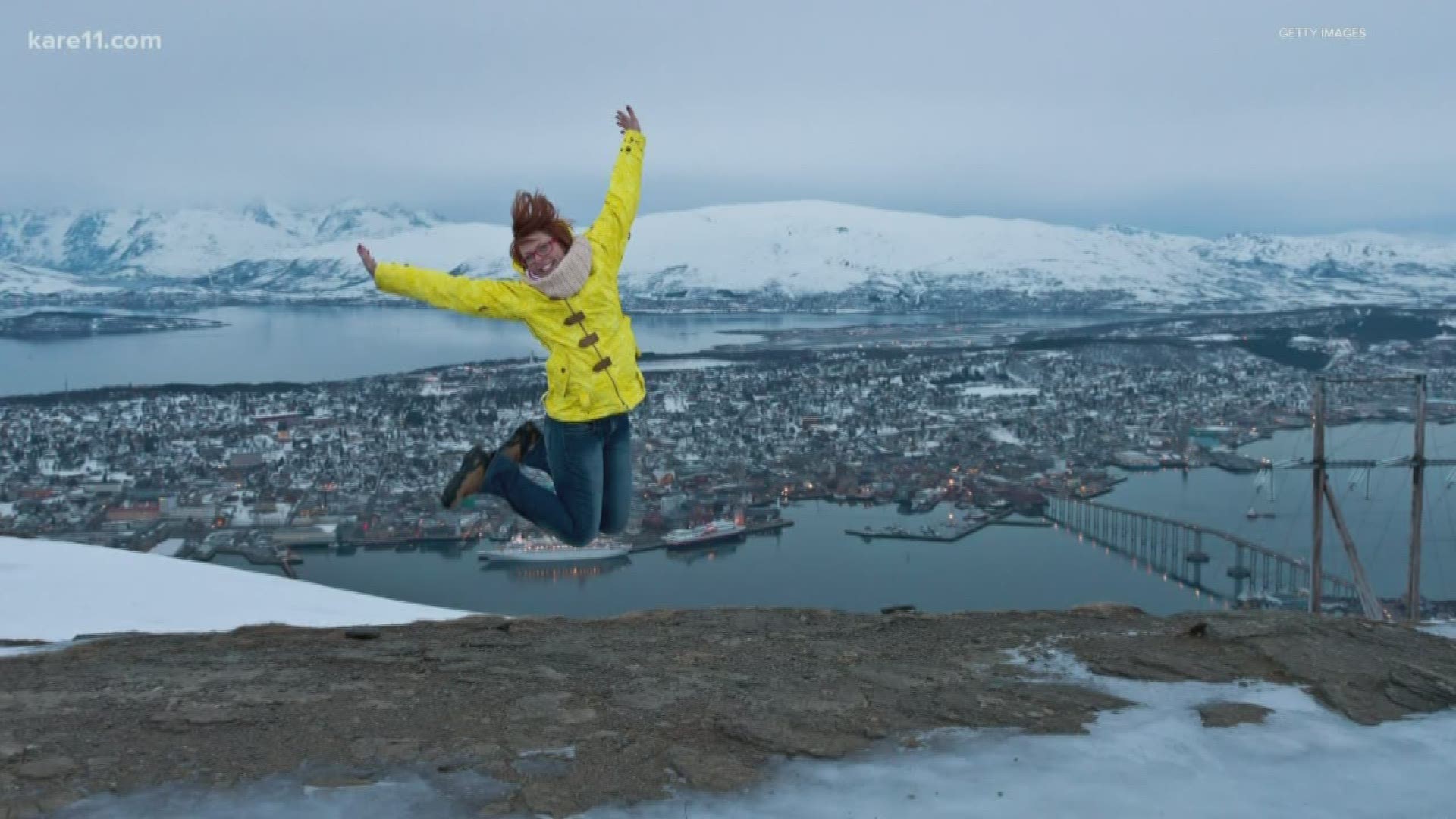 GOLDEN VALLEY, Minnesota — Monday night, temperatures are expected to dip into the single digits for the first time this season in the Twin Cities metro.

Minnesotans are used to winter but we could still learn something from our friends in Norway.

"The Norwegians, I think, really know how to do winter well," said Kari Leibowitz, a doctoral student and interdisciplinary graduate fellow in psychology at Stanford University.

Leibowitz lived in Tromsø, Norway in 2014-2015. Located 200 miles north of the Arctic Circle, during the Polar Night the sun doesn't rise from November to January.

"I originally went to Tromsø to try and figure out how come people there aren't more depressed even though it's so dark in the winter. Because they actually have relatively low rates of seasonal affective disorder (SAD) or winter depression. Then I sort of got there and realized that I was asking totally the wrong questions because they were based on me growing up at the Jersey Shore and hating the winter... In lots of Norway, especially in northern Norway, winter is something to be loved and enjoyed and celebrated," Leibowitz said.

Leibowitz and her adviser, Joar Vittersø—a psychologist at the University of Tromsø who studies happiness, personal growth, and quality of life—came up with a Wintertime Mindset Scale to measure Norwegians' opinions on winter.

Their research found that feeling positive about winter was associated with well-being, including people's life satisfaction and personal growth score.

Not only did the Norwegians she spoke to dress appropriately for the winter so they could enjoy the outdoors, they took advantage of wintertime activities indoors, as well.

"They were really into making things cozy. So you might be familiar with the concept of hygge which is the sort of Danish word for coziness and the Norwegian word is koselig."

But here in the states, winter can be a tough time for people who maybe don't have a lot of money or for those experiencing homelessness. Often we hear stories of cars breaking down in the elements or people who can't afford to pay their heating bill.

"I always like to say mindset is great but it also needs to be accompanied by this infrastructure... so if every time it snows you can't get to work, it's going to be really hard to embrace the snow," Leibowitz said.

Leibowitz was also quick to point out that it's not a cure-all, saying, "Having seasonal affective disorder or having wintertime depression doesn't just mean you have a bad mindset you need to snap out of it. But if you're someone who sort of has the winter blues, or if you're sort of having an okay winter, then trying to work on adopting this more positive mindset can really shift your experience. But it really does need to be complimented by all these sort of social and community things that make that possible and doable."

RELATED: Winter Weather Awareness Week: What you need to know

Leibowitz recommends people look at what opportunities are out there during the winter months. What do you enjoy? If it's running, bundle up and run outside. If you prefer being indoors, maybe it's a chance to catch up on the books you've been wanting to read. Creating your own rituals and traditions during the winter can also give you something to look forward to. Leibowitz said cities should also not shy away from hosting outdoor events—something Minnesota communities are good at it.

Leibowitz's article in The Atlantic, and all the other press that followed was years ago, but the articles continue to be shared every winter.

"It always comes back. I think there's not that much out there that's sort of winter positive or that helps people deal with the winter and so it sort of has a resurgence every year around this time," she said. "When you're living in a place where everyone's enjoying the winter, there's lots to do, there's indoor and outdoor winter activities, then it really becomes easier to see winter not as a limiting time of year but as a time of year that's full of possibilities for enjoyment."