The warehouse is part of the Woodard Cleaning and Restoration complex in Rock Hill, on Manchester. 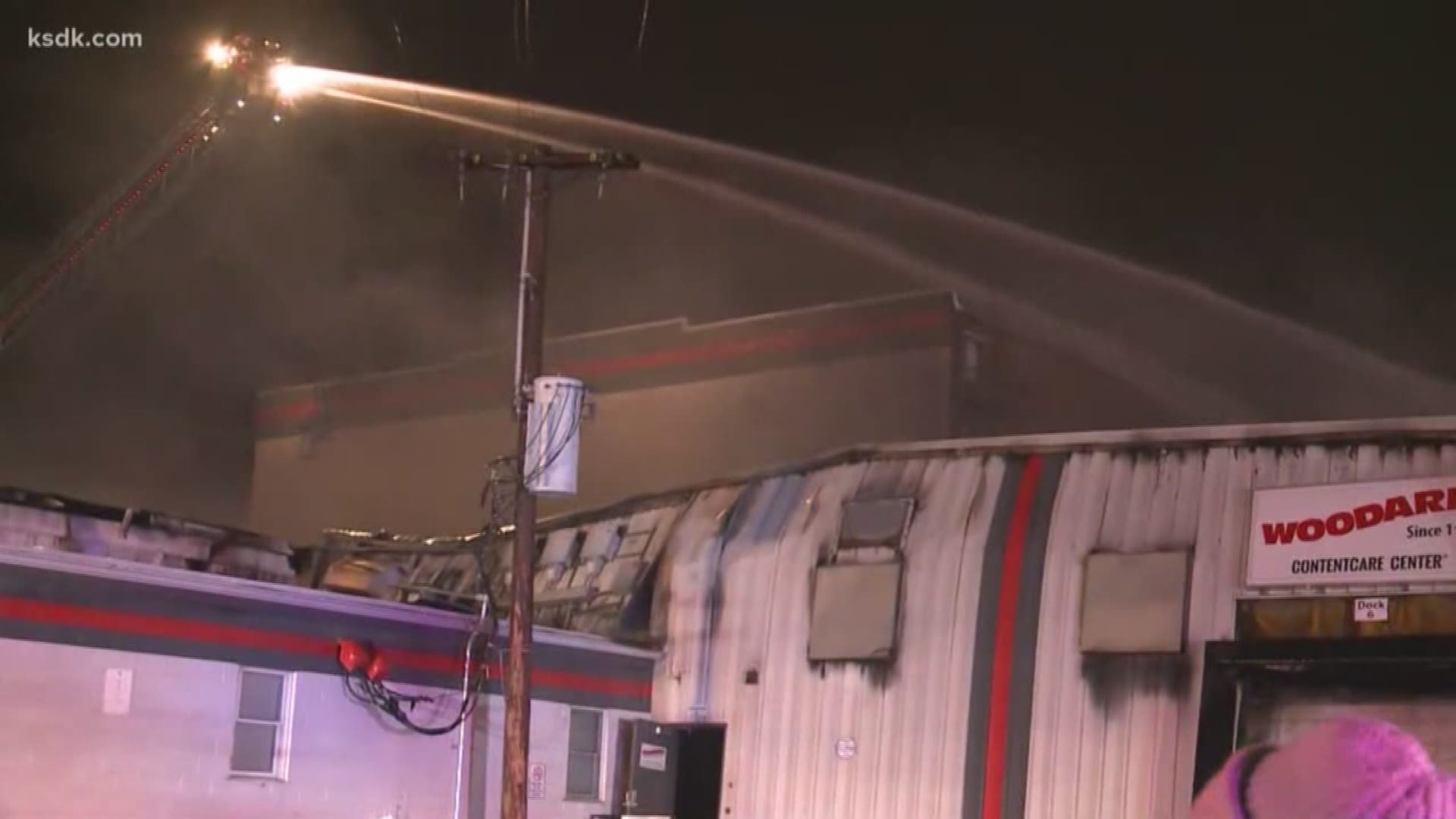 ROCK HILL, Mo. — A fire broke out early Sunday morning at Woodard Cleaning & Restoration in Rock Hill, Missouri, destroying a warehouse that stored personal items that had been damaged in previous fires. 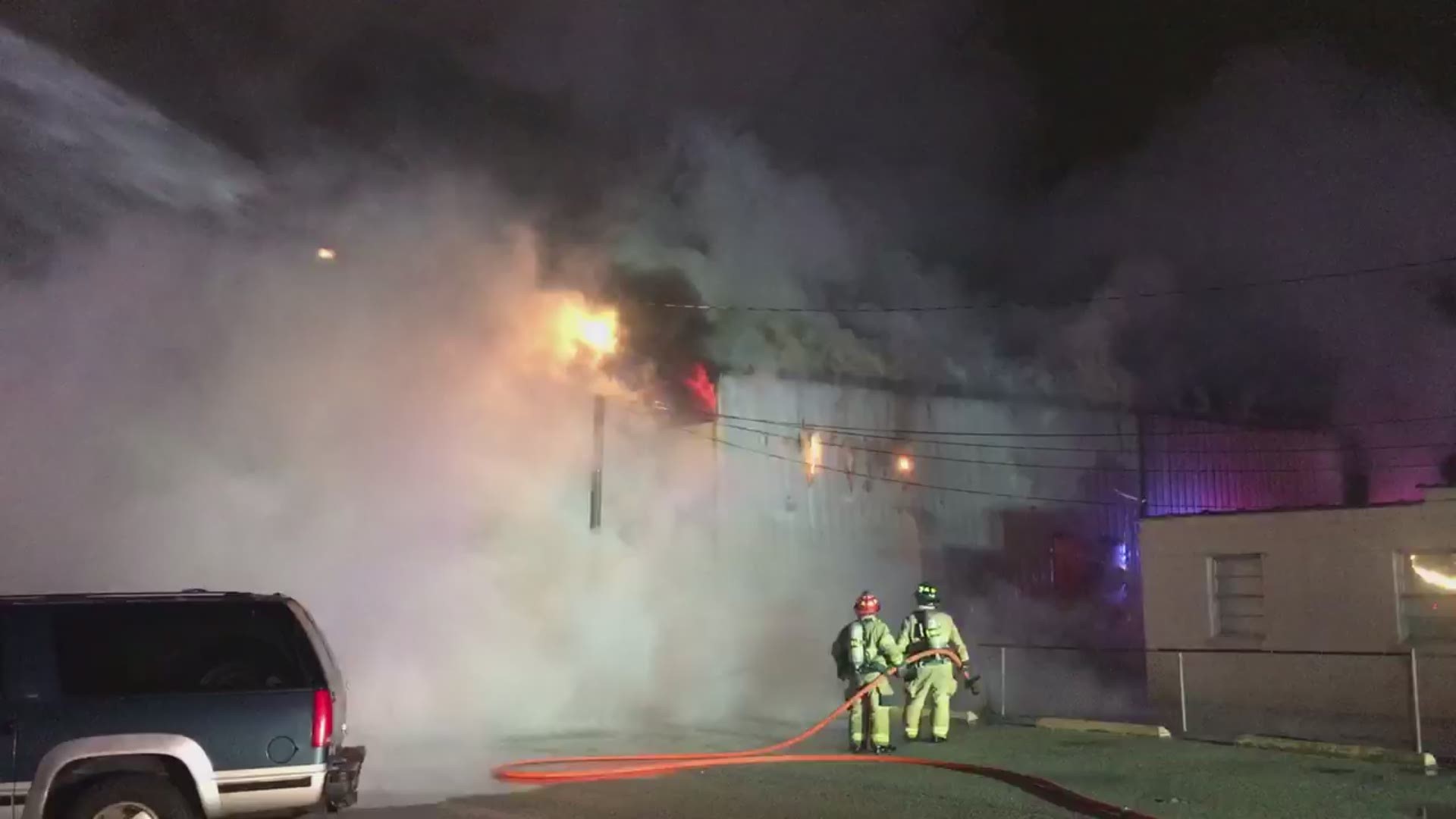 The fire quickly grew to three alarms after the roof collapsed. More than 30 firetrucks, four aerial trucks and dozens of first responders were on the scene, but nobody was hurt due to the decision to evacuate the building and fight the fire from the outside.

Those first responders were served hot coffee and breakfast at the nearby Trainwreck Saloon. Staff there not only called to report the fire, but also remained open through the night to give those crews a place to come in from the cold.

The massive building is where Woodard stores people’s belongings after a fire at their home. The company goes into homes to salvage what they can, storing the items in the warehouse before treating them for smoke damage and returning them to the families.

They are in the process of determining how many people were impacted.