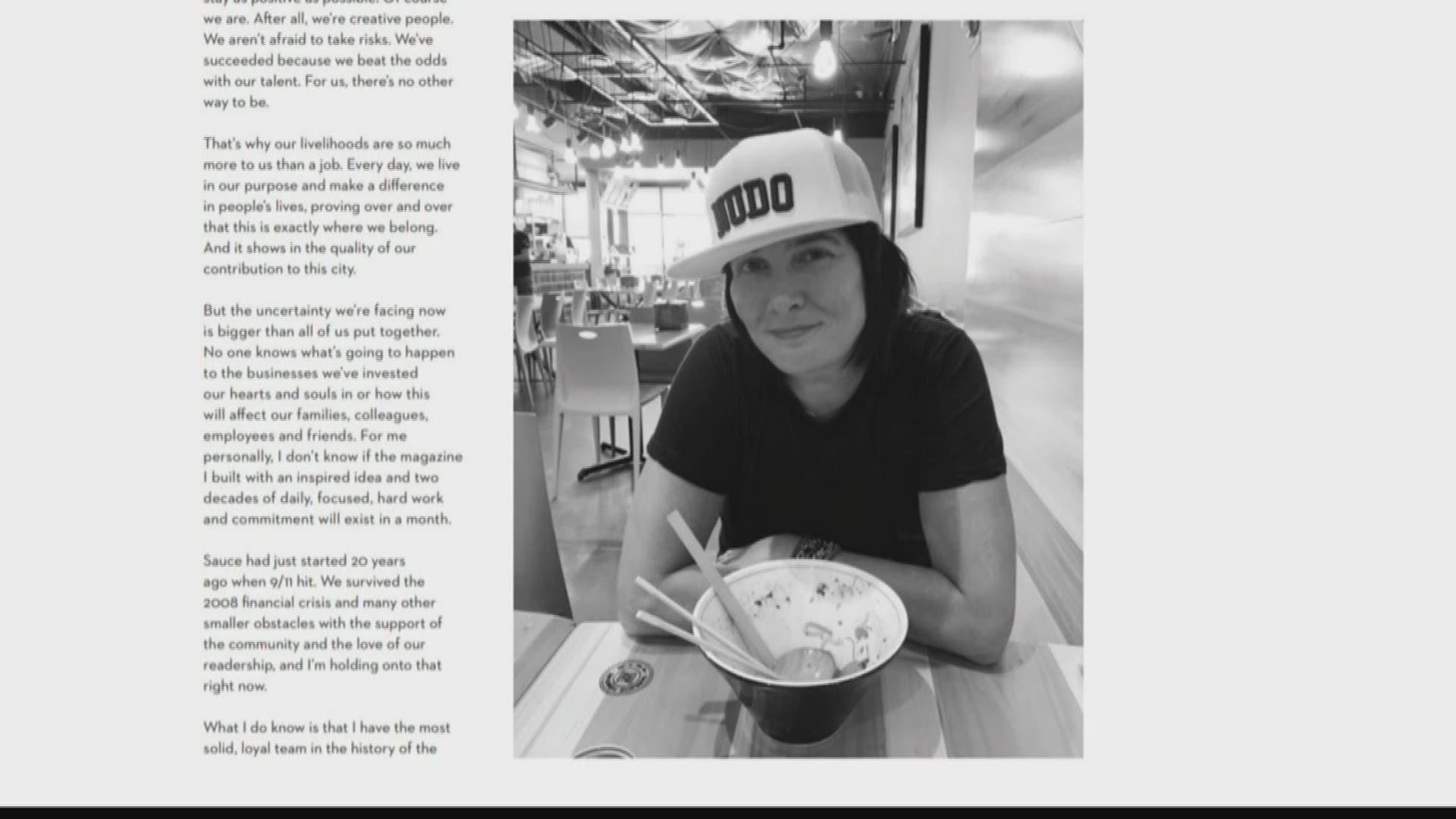 ST. LOUIS — In March, Sauce Magazine seemed to be able to see into the future. It’s like they knew we’d soon have an edge to take off by publishing its beer guide. But Sauce Magazine’s April issue looks a lot different.

The cover usually features a splashy picture of food or a photo illustration of a local foodie. This cover has gone dark — because so much of the restaurant scene has, too.

“We don’t know what’s going to happen. We don’t know how many friends and family members in the industry we’re going to lose through this, I know it’s going to be significant, probably,” said Allyson Mace, the magazine's publisher and founder.

The issue itself has a black cover. In one article describing COVID-19’s impact on the restaurant industry, all photos of food are missing. Mace’s letter from the publisher described the panic.

“Those are words you don’t necessarily want to have to be using when you’re talking about the fate of the culinary scene in St. Louis, and also your own publication.”

Mace started Sauce 20 years ago while she worked on the restaurant side of things. When outsiders didn’t know St. Louis had “such good restaurants,” she took it personally. So seeing what’s happening now, she takes it personally, too.

“I am scared. Because the slow train-wreck visual that I keep having in my head of my friends, these people who are probably the kindest people you’ll ever meet — the ones that you call and they donate a gift certificate every time or they give you food every time you need it or they help somebody — these are the people now who need help. And the feeling of helplessness and sometimes hopelessness is so intense that all you can hope is that this is going to end soon,” she said.

“It’s just heartbreaking to just see people’s dreams going up in flames, and you can’t do anything to stop it. You just have to be there, as much as you can, to support them and help in any way that you can.”

Sauce is distributed for free almost exclusively in local restaurants. While the magazine provides coverage and exposure for the industry, they make money from ads — usually from food-industry businesses.

“Without restaurants, I don’t exist really. And without Sauce the restaurants don’t get as much play in the market as they probably would like,” said Mace. “So, yes this is definitely hitting us. When you lose your advertising base in a day or over the course of the week, basically, it’s shocking and a little scary.”

Not only the ad base, but those pickup points. Restaurant doors are closed. So, Mace has asked owners to distribute copies of the April issue with takeout orders beginning this weekend.

Does Mace think the restaurant industry will be more resilient, more prepared to overcome this kind of setback than they would have been 20 years ago?

“Maybe. I mean, I think that the community is much stronger than it was before. I think that also the people of St. Louis understand how important the food scene is and they are extremely supportive,” she said.

She encourages people to support the restaurant industry in whatever way they feel comfortable right now.

“You know, you’ve got to take it at your own pace. You’ve got to feel secure in what you’re doing and how you approach the restaurants. If you want to support through the general funds that are happening around St. Louis like the Gateway Resilience Fund, which is a really big fund that’s going to help a lot of people, you can donate there. If it’s takeout, supporting your individual restaurants in your direct area, do that. If you’re going to buy wine, buy it from a local purveyor. If you’re going to buy food, buy it from somebody local who’s trying to keep their shop alive and their employees employed,” she said.

“But when this lifts in the future — and it will lift — we need to be out, full force, dining out, supporting as many people as we possibly can.” 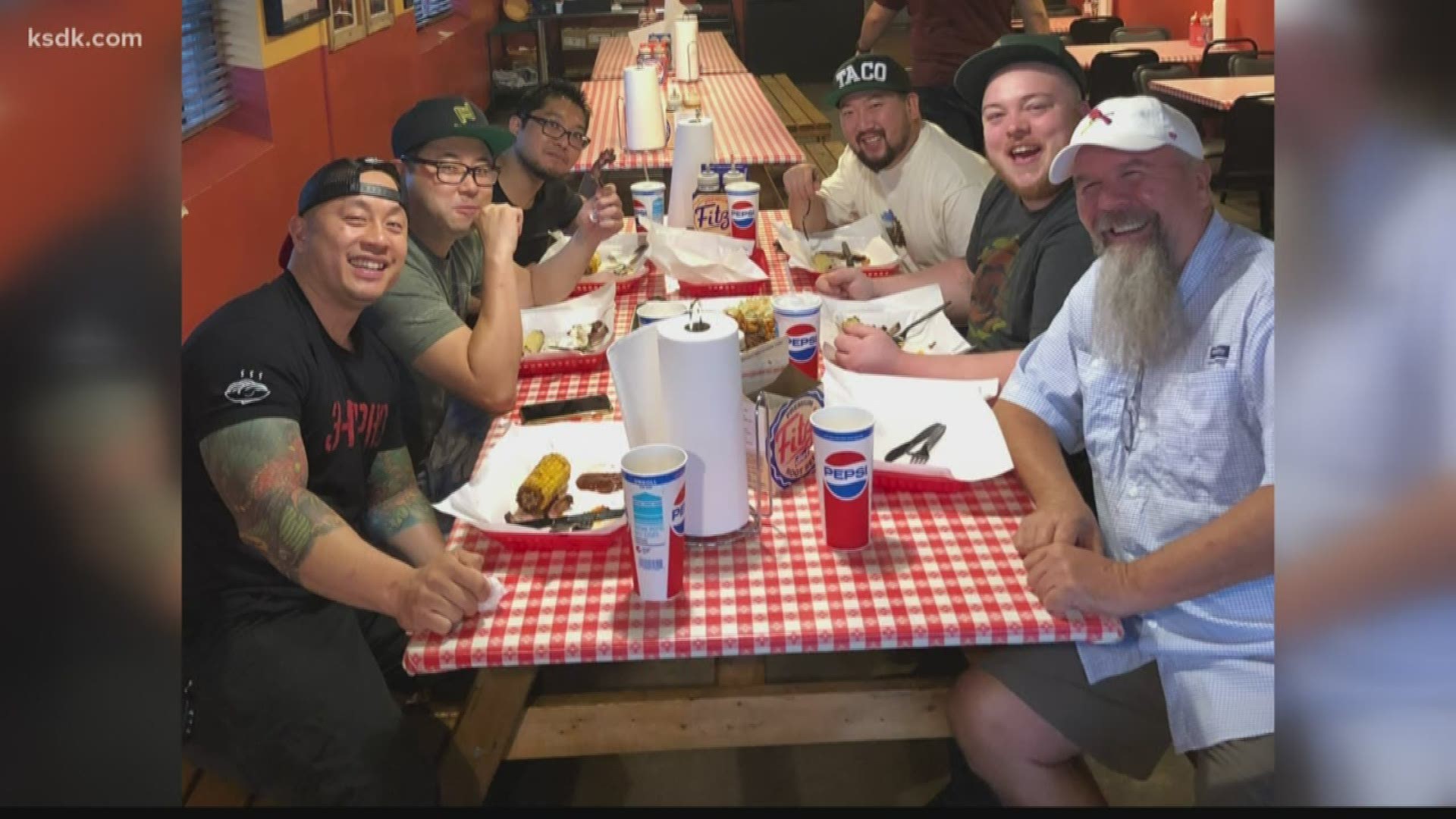 RELATED: Some restaurants ramp up take-out service while others close altogether