Father almost dies from COVID-19, but daughter says he improved after encouraging him through FaceTime

"He started to make improvements every day after that point, and I have to think the communication made a difference," his daughter said 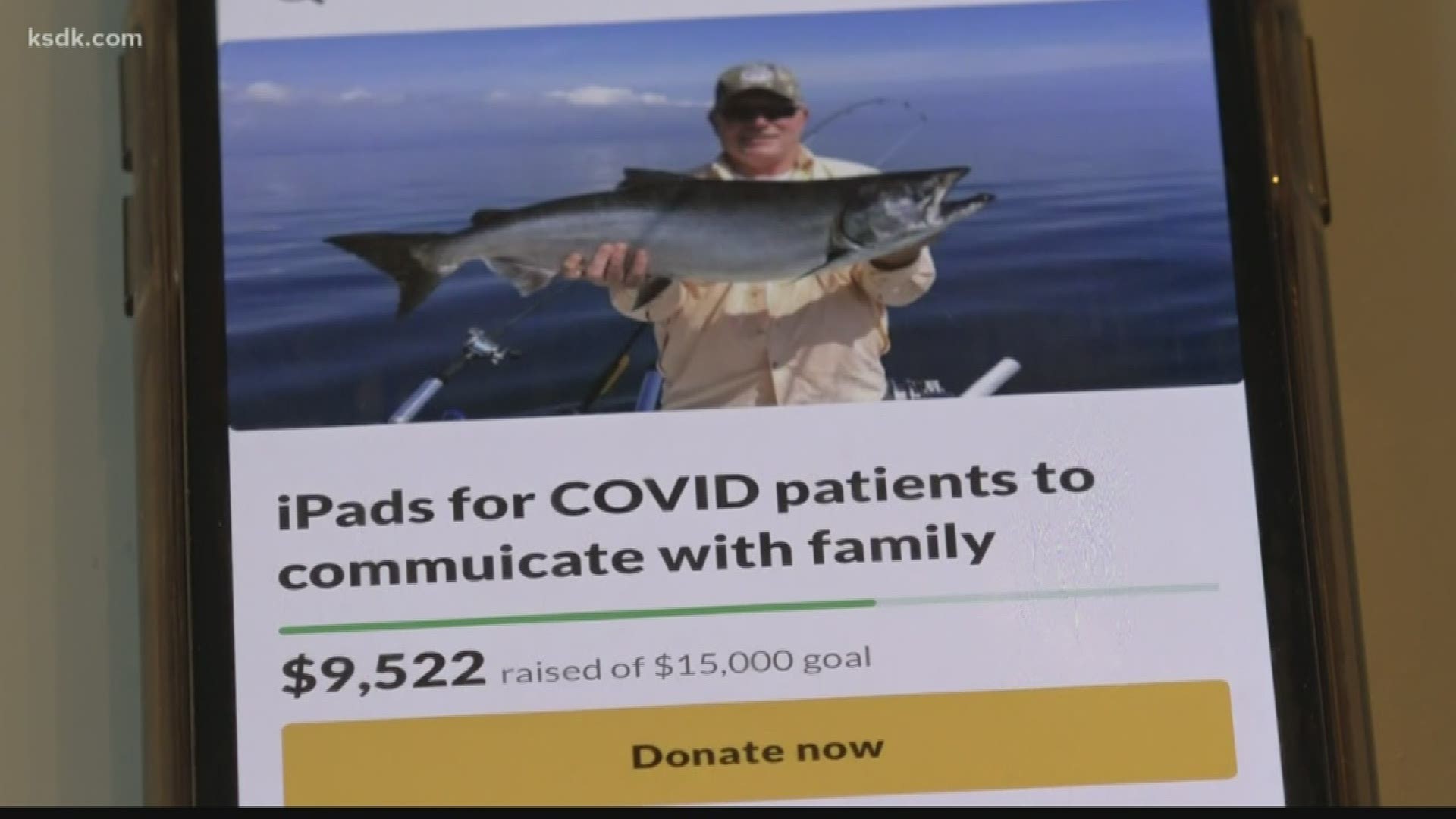 FENTON, Mo. — More than ever, we've all probably used technology to FaceTime or Skype family or friends during this coronarvirus pandemic.

But for COVID-19 patients, they're limited when it comes to communicating with loved ones.

That's why one woman is trying to change that, after her father was diagnosed with COVID-19.

Erin Muth said in March, her father — who lives in Hillsboro — thought he had a sinus infection. A few days later, he had a fever, but he was told it was most likely a cold and to stay home.

Muth said her dad, 65-year-old Steve Blaha, is a very active man. But as days went on, he got more lethargic. That's when her mom took him to the emergency room at St. Clare in Fenton.

Muth said right away they knew something was wrong and tested him for COVID-19. Then, 24 hours later, she got a call.

"You have to call your dad. They’re going to put a breathing tube in and he’s not going to be able to talk," she recalled.

Then, they found out the test results.

The hospital had already put him on full isolation and Muth, who's also a nurse, said they took every precaution from the beginning.

But during that time, Muth told 5 On Your Side the family had very little contact with him since he's in isolation.

"We had no idea if he was alive. They wouldn’t allow any visitors," she explained.

Things only went downhill from there. His lab results were getting worse and his organs weren't tolerating the disease.

Last Friday, Erin said her father's heart stopped and they had to do CPR to resuscitate him. After bringing him back, the doctor asked Muth and her mom if the next best step was to put him on a 'do not resuscitate status.'

"We pretty much thought, that was going to be the end. I, more or less, had it written off, he won’t make it," an emotional Muth tells us. "At that point, I was trying to fight to see him. We had no communication with him at that point since he was intubated. He had no contact for six days."

After being able to see him through a window, Muth wanted to make sure to say her last words to him.

"Thanks for being proud of me, thanks for cheering me on, thanks for raising me. There’s so many people out here praying and rooting for you. He needs to know, so he can rally himself, so he can beat it," she said.

After saying these words to him on the phone, a nurse was able to do a video chat with him the next day, with the entire family.

"He started to make improvements every day after that point, and I have to think the communication made a difference. I know that’s part of what made him turn around," she said.

A nurse came up with an idea to get iPads donated. That's when Muth thought, "I could maybe donate some iPads!"

The SSM Foundation reached out to help. Together, they came up with a plan to get iPads for the ICU and COVID-19 units.

They would ask nurses to make sure families will have a chance to interact with their loved ones at least once a day. A social worker would help families to understand they can't call every 10 minutes and to come up with a game plan.

After setting up a GoFundMe, she's raised more than $9,000 in just two days. The original goal was for $8,000, which means an iPad will go to all of the rooms at St. Clare's Hospital.

"I’ve increased it to $15,000. The extra money will go to other hospitals in SSM Healthcare," Muth explained.

"It hit me directly; it hit close to home. I was more motivated and now it’s my new passion," she said.

It's been a week since her father was in cardiac arrest. But as of Friday morning, his breathing tube was out and he is talking.

"I think it gave him the motivation to fight a little harder. I think he realized he’s not alone. We are all with him, and he didn’t know that until we could tell him," she says passionately.

She also provided an update about her father's condition.

"Dad continues to do great with his recovery!," Muth said. "He no longer needs oxygen and yesterday he was able to get outside and practice walking on inclines. He has a stationary bike and lots of daily exercises he does as he continues to get stronger/build endurance every day!"