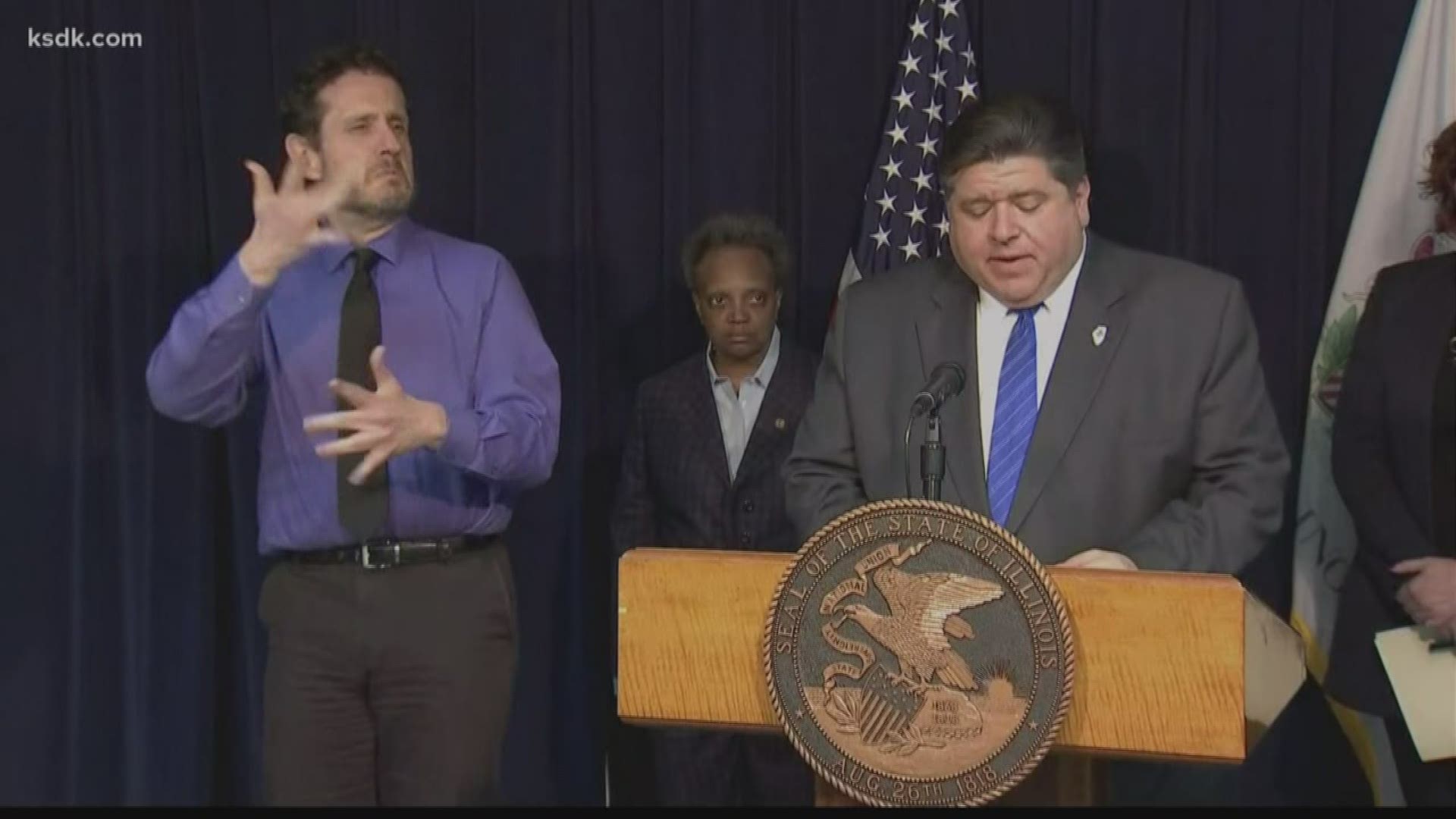 CHICAGO — The governor of Illinois on Sunday ordered all bars and restaurants in his state to close amid the threat of the new coronavirus, and officials elsewhere in the country said they were considering similar restrictions after revelers ignored warnings against attending large gatherings.

"The time for persuasion and public appeals is over,” Gov. J.B. Pritzker said. “This is not a joke. No one is immune to this.”

The Democratic governor said he had tried earlier this week to appeal to everyone’s good judgment to stay home, to avoid bars, and not congregate in crowds. He added that it is unfortunate that many people didn’t take that seriously.

The order takes effect Monday night and will last through March 30.

In New Orleans and Chicago, people clad in green for St. Patrick's Day packed bars and spilled onto crowded sidewalks on Saturday even after the cities canceled their parades.

“I’m not about to put my life on hold because this is going around,” Kyle Thomas told the Chicago Sun-Times. Thomas, a nurse from Colorado, said he had flown to Chicago to celebrate St. Patrick's Day with friends and thought people might be ”overreacting."

In New Orleans, Syd Knight, 86, celebrated despite the public health warnings and the higher risk she faced because of her age.

“The Lord will take care of us all,” Knight told The Times-Picayune-New Orleans Advocate.

Oklahoma's governor tweeted a picture of himself and his children at a crowded metro restaurant Saturday night.

In the since-deleted tweet, Republican Gov. Kevin Stitt wrote: “Eating with my kids and all my fellow Oklahomans at the @CollectiveOKC. It's packed tonight!"

“The governor will continue to take his family out to dinner and to the grocery store without living in fear, and encourages Oklahomans to do the same,” Charlie Hannema, a spokesman for the governor, said in an email.

Health officials have advised people to distance themselves from each other socially. Some states have banned gatherings with more than a certain number of people.

Officials in New Jersey are considering a statewide curfew to help prevent the spread of the virus, New Jersey Gov. Phil Murphy said Sunday. One city in the state, Hoboken, has already implemented one — from 10 p.m. to 5 a.m. — starting Monday. Additionally, bars and restaurants in Hoboken that serve food can only offer takeout or delivery, and bars without food have to shut down, Mayor Ravi S. Bhalla said.

"A friend of mine walked into a bar/restaurant last night in Asbury Park and they were packed,” Murphy, a Democrat, said on WBLS-FM 107.5. “And people are on top of each other. And that’s probably, sadly, at least for the near term, scenarios that we’re not going to be able to abide by much longer because, inevitably, somebody is going to infect somebody else in a situation like that.”

Reacting to the curfew announcement in Hoboken, New York City Mayor Bill de Blasio said Sunday on CNN that a lockdown in the nation's largest city couldn't be ruled out. Bars and restaurants should operate for now at 50 percent capacity so customers have more space, he told the ABC-TV affiliate in New York.

New Orleans Mayor LaToya Cantrell said it was “unacceptable” that people were ignoring a ban issued by Gov. John Bel Edwards on gatherings of more than 250 people. The violators were “actively increasing the danger to their neighbors and their loved ones,” Cantrell said.

The hashtag, “StayTheFHome,” was trending on Twitter. Several countries in Europe have closed bars.

The vast majority of people who contract the new virus recover within weeks. It causes only mild or moderate symptoms for most people, but can cause more severe illness, including pneumonia for some, especially older adults and people with existing health problems.

Advising people to completely avoid restaurants “might be overkill right now,” the nation's top infectious disease expert, Anthony Fauci, said on CBS' “Face the Nation,” but he added that he wouldn't go to one himself because he didn't want to be in a “crowded place” and risk having to self-quarantine.

“There’s a lot of concerns with the economy here because people are scared to go out, but I will just say one of the things you can do — if you’re healthy, you and your family it’s a great time to just go out, go to a local restaurant, likely you can get in easily," he said. "Let’s not hurt the working people in this country that are relying on wages and tips to keep their small business going."

The Associated Press receives support for health and science coverage from the Howard Hughes Medical Institute’s Department of Science Education. The AP is solely responsible for all content. 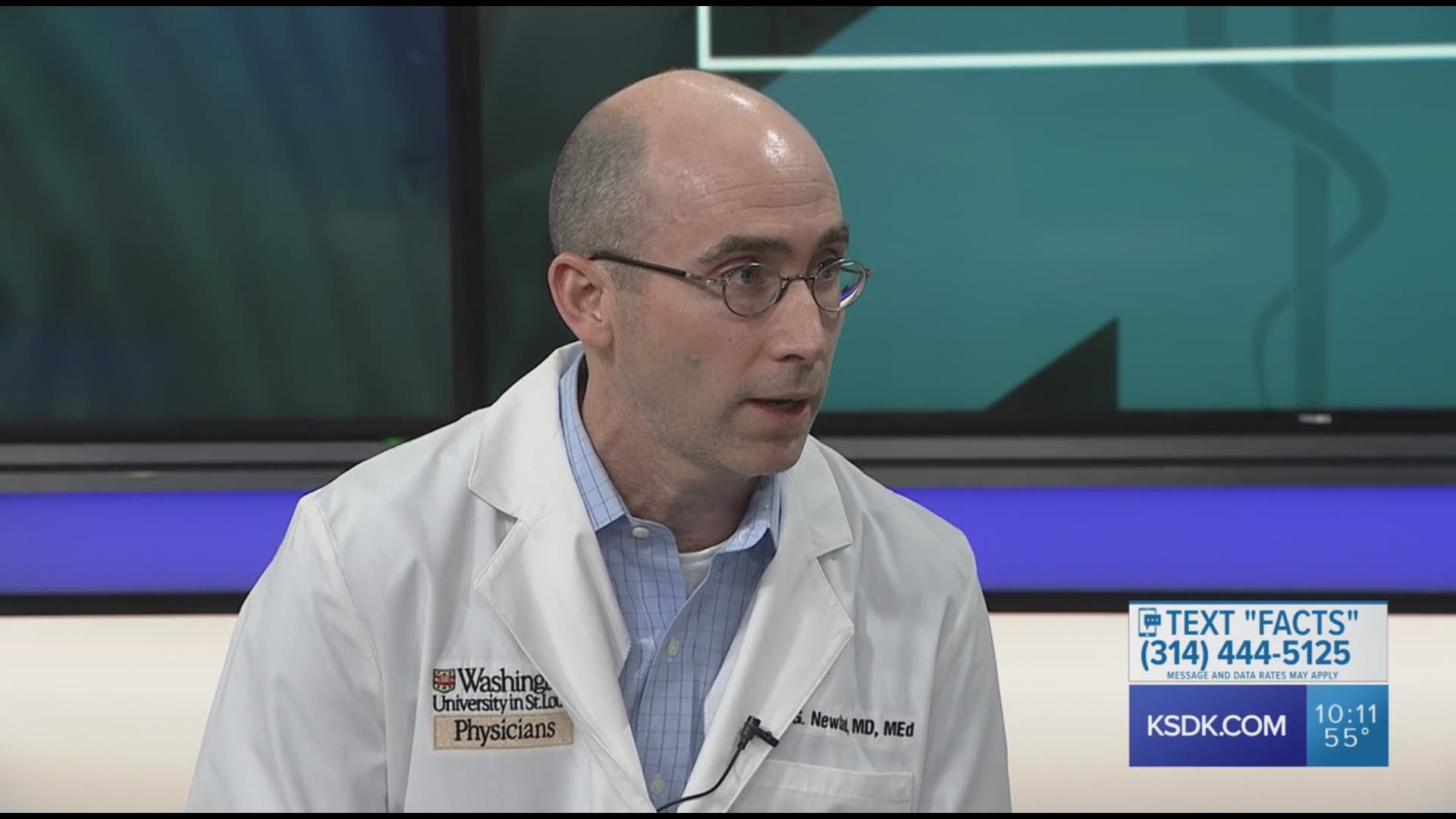