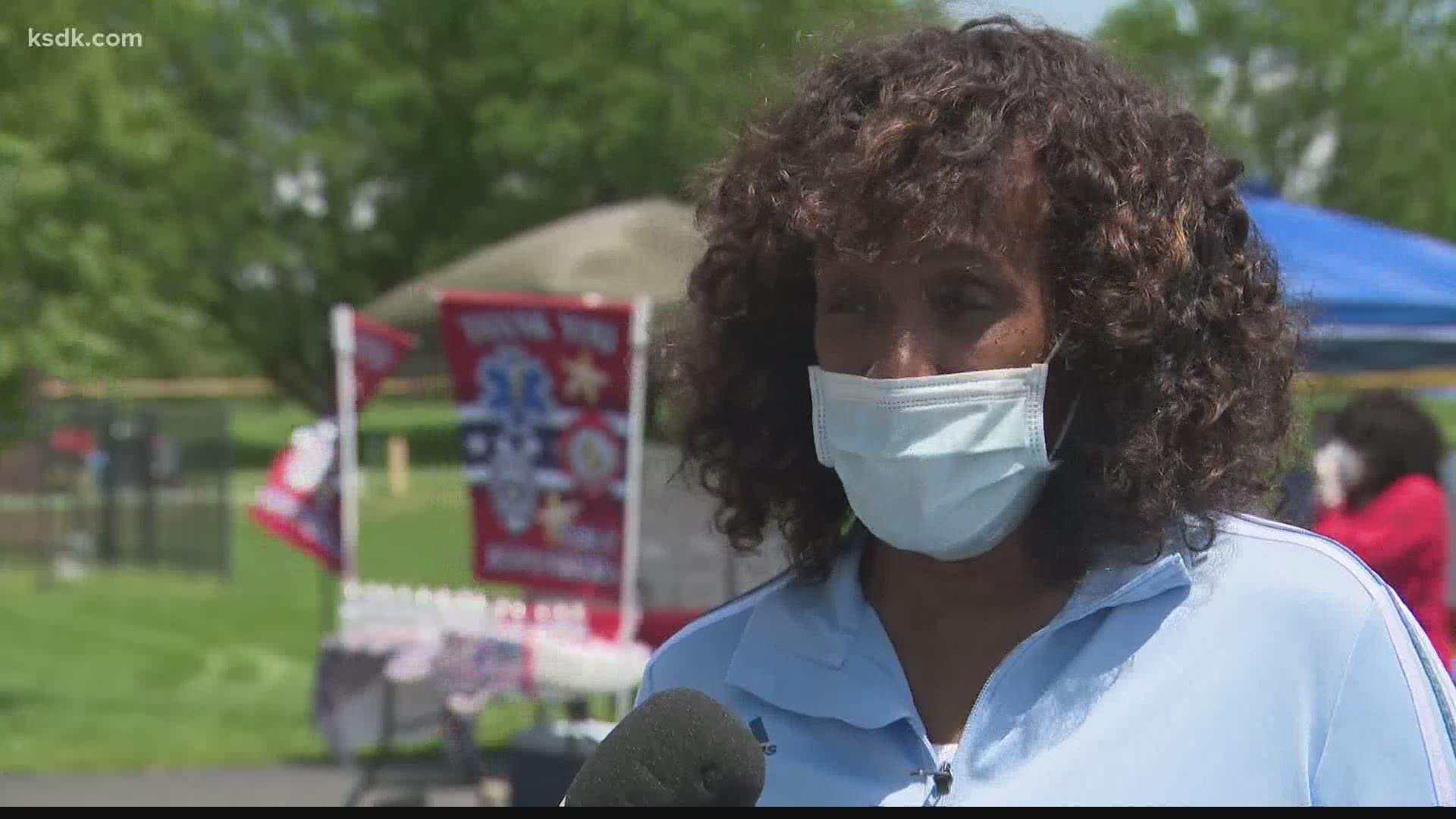 Joyner-Kersee volunteered at a first responders drive-by luncheon on Thursday, in collaboration with the East St. Louis mayor’s office, the American Heart Association and other local churches and organizations.

The event took place at the JJK Center in East St. Louis, where the National Guard is operating a drive-up and walk-up COVID-19 testing site ran by the Illinois Governor J.B. Pritzker.

Joyner-Kersee said she was grateful to be able to help host something so important for the community at the JJK Center.

“When they reached out to us, ya know, my board and everyone, we saw it as a win-win,” Joyner-Kersee said. “Whatever we could do for the community.”

Joyner-Kersee said she hopes events such as this will encourage members of the surrounding communities to support one another.

Members of the National Guard at the site say testing is safe, confidential, and available to anyone.

“IDPH personnel will just ask you a few questions,” U.S. Air Force Airman Ty Kesselring said. “Make sure that you’re here to get tested. Once you get past that, then you come up to my fellow airmen, and they will walk you through the steps to do the testing.”

Joyner-Kersee tested herself for COVID-19 at the site on Wednesday before Governor Pritzker arrived. She said it was far easier than she imagined.

“I can’t encourage my friends and everyone else to get tested if I hadn’t been tested,” Joyner-Kersee said. “And that’s why I can say, you know, the two swabs up the nostrils and, ya know, less than 15 seconds.”

Her result was negative. Joyner-Kersee said she hopes to see more people take advantage of the free testing out of respect for others, and the chance to potentially help save lives.

The testing site will remain open every day from 8 a.m. to 4 p.m. until Governor Pritzker chooses to close it.