Evans said she’s struggling to keep up with the increased demand, as people seem to be shifting their preference to buying from the farms rather than grocery stores 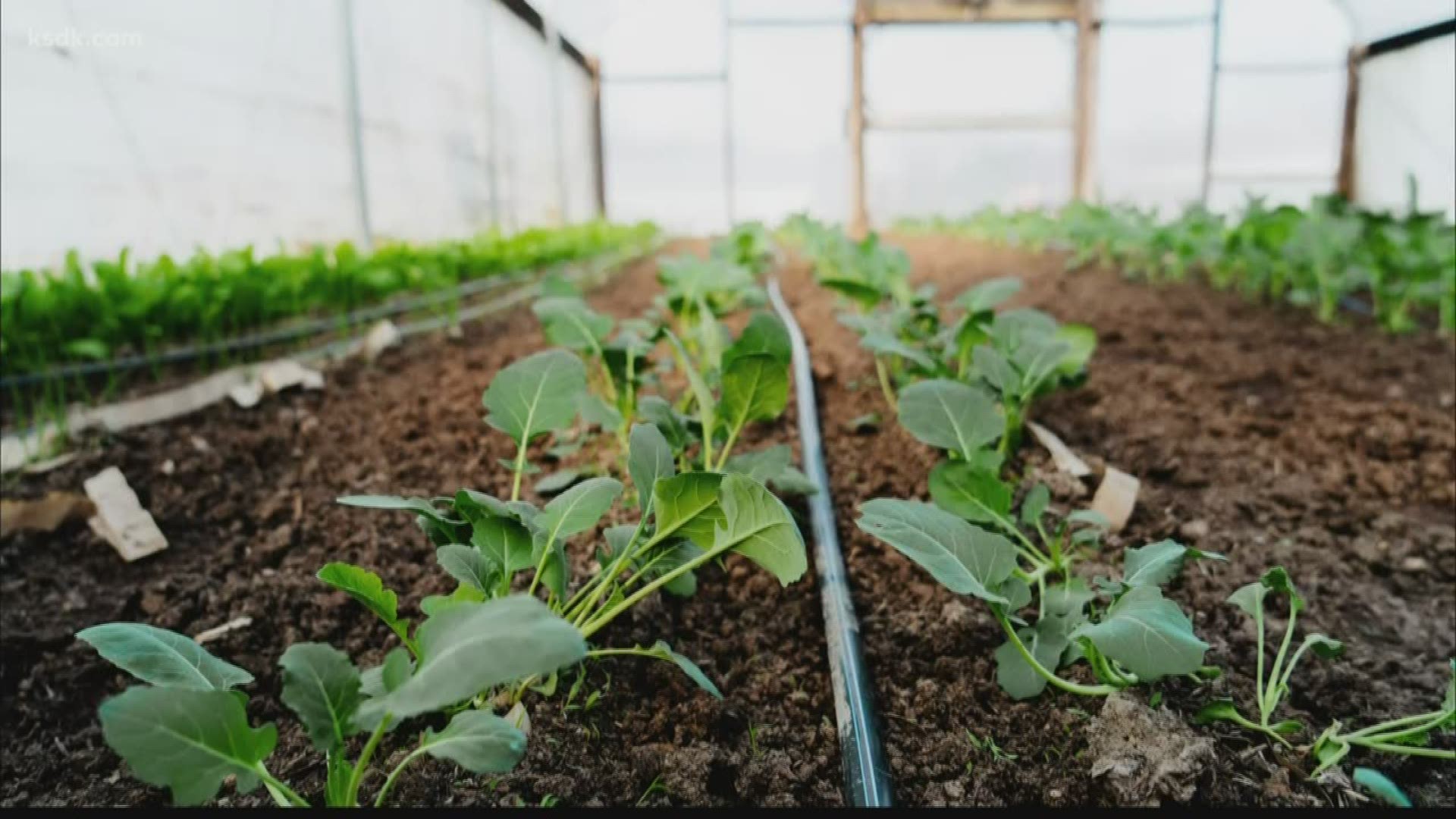 UNION, Mo. — Many local businesses are hurting right now, but at least one group seems to be doing OK. While it hasn’t been easy for commercial farms, some local farmers told 5 On Your Side that more people are going directly to the source to get their food.

Alice Evans and her husband own Iron Hill Farm in Union, Missouri, which has been in her family since 1926. They have a small dairy, where they produce raw milk, and also grow hay and flowers, raise cattle and have about a half-acre of greenhouses where they grow produce.

As a small farm, Iron Hill usually sells its goods at farmers markets, some almost an hour away in St. Louis. Now that so many farmers markets have closed, the farm is turning to online orders.

“It’s one way technology is helping us during this crisis, being able to connect our products with the people who want them,” Evans said. “We’re having to team with other growers and the farmers markets to develop new infrastructure to get the products to consumers.”

RELATED: Why health experts aren't warning about coronavirus in food

Some farmers markets, like the one in Tower Grove, are offering delivery to customers who pre-order. For the first time, Evans is also offering pickup right at the farm.

And people are showing up, some driving from almost an hour away to pick up milk and produce. Evans said she’s already struggling to keep up with the increased demand, as people seem to be shifting their preference to buying from the farms rather than grocery chains.

“I think this whole situation, the uncertainty around it, has raised a lot of questions about the kind of food people want to eat, especially whether they want at least some of it to be raised close to where they live,” she said.

RELATED: VERIFY: Don't use soap to wash your produce

Todd Geisert is experiencing a similar spike in demand one town over in Washington, Missouri. Geisert Farms is a medium-sized farm — bigger than Iron Hill Farm — relying on a more varied distribution that includes restaurants and festivals. He said that’s made things a little more complicated.

“Retail is through the roof,” he said, referring to sales of his products at grocery stores. “The restaurant side of things is in the toilet right now. We’re getting a huge spring boost, which we needed because things like the Wurstfest [in Hermann, Missouri] got cancelled. That’s usually a huge event for us.”

The fifth-generation farmer grows row crops and raises pigs. He said it’s too early to tell if his books will balance out at the end of the pandemic. For now, his focus is on balancing his production as demand shifts from restaurants to retailers and his own farm stand.

“We’re trying to have the right product on hand. You know, things we usually keep in stock for restaurants, we’re sitting on right now: pork butts and loins and different things like that.” he said. “And things like ground pork and bacon and the basic stuff, we can’t keep in stock right now for people. So, all my retailers, their orders are double and triple what they would normally get on a weekly basis.”

He’s hopeful, with an expanded workforce of high school and college students now home from school, he’ll be able to meet that demand head on. And that the exploding “buy local” trend will be a lasting side effect of the pandemic.