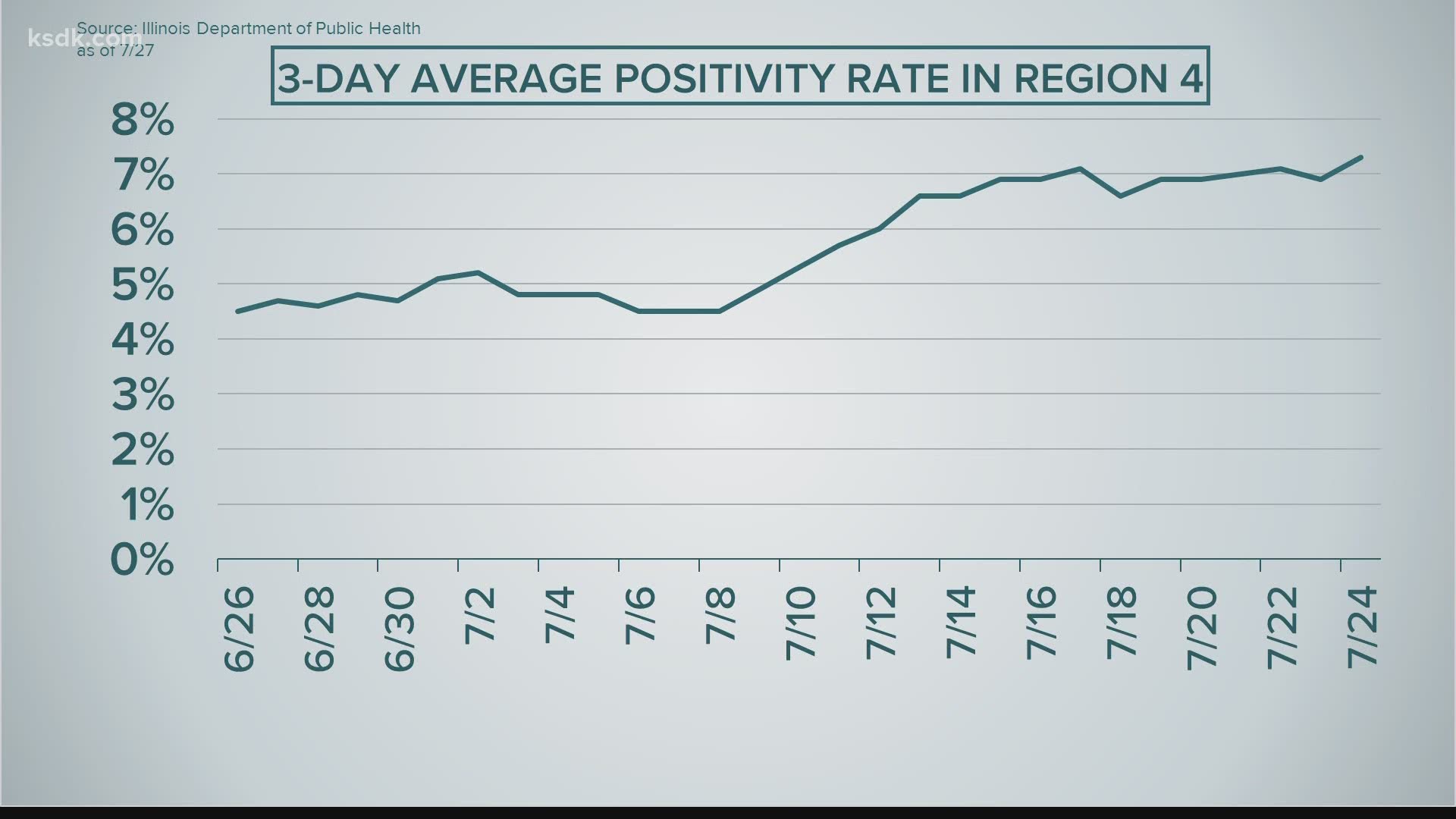 ST. LOUIS — One more state and two cities have added Missouri to their quarantine lists.

This week, Chicago, Washington, D.C. and Pennsylvania released new orders involving people traveling to or from Missouri, asking them to quarantine for 14 days because of the state’s rising COVID-19 numbers.

That brings the total to at least five states and two cities.

Illinois Gov. J.B. Pritzker has said he doesn't plan to issue a similar order for travelers statewide. On Monday, he again urged Illinois residents who visit other states for work or personal reasons – including Missouri – to take precautions, including wearing face coverings.

“If you cross the border to Iowa or Missouri, remember that they have three or four times our positivity rate,” Gov. Pritzker said. “So, even if you see someone and they’re not wearing a mask, don’t think you’re safe. Wear your mask. In fact, encourage them to wear theirs.”

Washington, D.C. released its first list of high-risk states on Monday with Missouri being one of 27 states on the list. D.C. considered a state high risk if its seven-day moving average of daily new cases is 10 or more per 100,000 people. Missouri's average as of July 27 is 21.9 cases per 100,000 residents.

Anyone planning on visiting the nation’s capital for a non-essential trip or vacation will be required to self-quarantine for 14 days after arriving in D.C. Anyone who’s there for “essential travel” or business purposes is asked to self-monitor for symptoms for two weeks.

On Friday, Pennsylvania added Missouri to its list, which is different from the other cities and states. Pennsylvania’s order asks its residents to quarantine at home for two weeks after visiting Missouri and 19 other states.

Missouri and 30 other states already were on the quarantine lists for New York, New Jersey and Connecticut. The joint travel advisory includes states where the seven-day rolling average of positive tests is more than 10% or if the number of positive cases exceeds 10 per 100,000 residents.

Anyone traveling from Missouri to New York, New Jersey or Connecticut will have to quarantine for 14 days upon arrival.

Missouri is one of 33 states where residents will have to quarantine once arriving in Rhode Island. The New England state is adding any location with a positivity rate greater than 5%. People from the 33 states and Puerto Rico will have to self-quarantine for 14 days upon arrival, but exceptions can be made for anyone who has a negative COVID-19 test result that was taken within 72 hours of entering the state.