What does the Missouri spike in COVID-19 cases mean for the St. Louis area?

“I’ve had someone tell me that, 'Before, in the original part of the pandemic, I can predict who is going to be in the ICU. Now, I can't,'" Dr. Jason Newland said 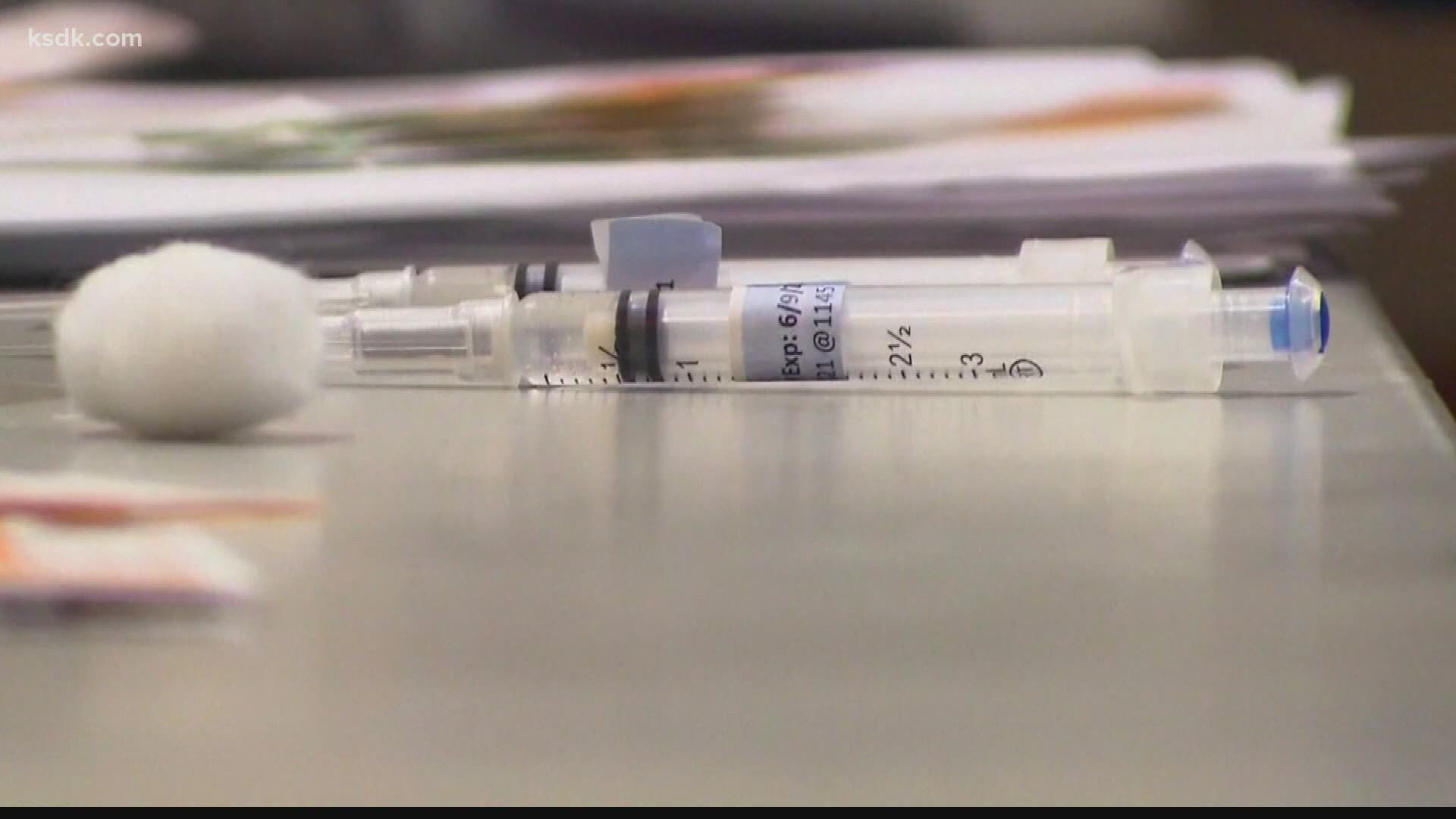 ST. LOUIS — The COVID-19 delta variant makes up 20% of new COVID-19 cases in the United States, and there's at least one case in every county in Missouri. Doctors say it's behind a surge in hospitalizations in the southwest part of the state, where vaccination rates have lagged.

How concerned should we be in the St. Louis area?

“Do we have to put masks back on? Do we need to limit our gatherings? I mean, we're not there yet,” said Washington University infectious disease specialist Dr. Jason Newland, “but I don't feel as comfortable as I did a month ago.”

The World Health Organization is naming prominent new strains of the virus after letters in the Greek alphabet. This delta variant seems to spread more easily, though still predominantly person-to-person (as opposed to touch and surfaces).

“We think it's because there's certain receptors in your respiratory system that the virus can bond to, and this variant seems to bond to it easier,” said Dr. Rachel Charney, SSM emergency physician with the Metropolitan Pandemic Task Force.

Though the Missouri Department of Health and Senior Services advises it’s hard to tell exactly which cases are due to the delta variant, its prevalence coincides with younger people winding up in the hospital.

“Less-than-40-year-olds being on ventilators,” Newland said. “I’ve had someone tell me that, 'Before, in the original part of the pandemic, I can predict who is going to be in the ICU. Now, I can't.'"

When you get COVID but you're not vaccinated, you're a host for the virus.
That could make you sick, give the virus a place to mutate and keep it spreading to others. Having your shot, though, is like shutting the door on the virus.

“Our vaccines turn a potentially fatal respiratory virus into a common cold; that still holds true with the delta variant,” Newland said.

However, both doctors said they would exercise more caution in areas where the variant could be more prevalent.

"Even if you are vaccinated, going into really large crowd situations, particularly because those really particularly high-risk instances, you may want to give a little thought," Charney said, "especially if you're going to the parts of Missouri that we know right now are seeing a lot of that delta variant."

Doctors are still learning about the variant's presenting symptoms: what being sick with the delta variant feels like.

"The top things we're seeing are headaches, sore throats and runny noses, and that is so easy to look like all the other viruses that we're used to dealing with here, even hay fever," Charney said. "So it's getting a little more complicated. And so I think having a fairly low threshold, if you have any symptoms, to go get tested, is really important right now."

This week the Missouri Department of Health and Senior Services issued an advisory stating more COVID-19 tests, plus other safety measures and especially vaccines are critical tools in the ongoing fight against the pandemic.

"If we don't get our vaccine rates up into the [70] percent range, we are asking for the delta variant likely to be a problem in our community," Newland said.

From June 17 to June 23, Missouri reported 3,323 new COVID-19 cases, the highest single-week total since early May, but with significantly fewer PCR tests. As a result, the 7-day positivity reported by the state on June 23 was 6.8%, the highest since early February. While cases have increased, deaths have remained low, although health officials have often said deaths would be a lagging indicator in the pandemic, which spikes lagging about two weeks behind case increases.