'If anybody is lying here, senator, it's you': Fauci, Rand Paul argue at COVID hearing

Paul suggested Dr. Anthony Fauci lied to Congress about whether the US helped fund research at the Wuhan Institute of Virology. 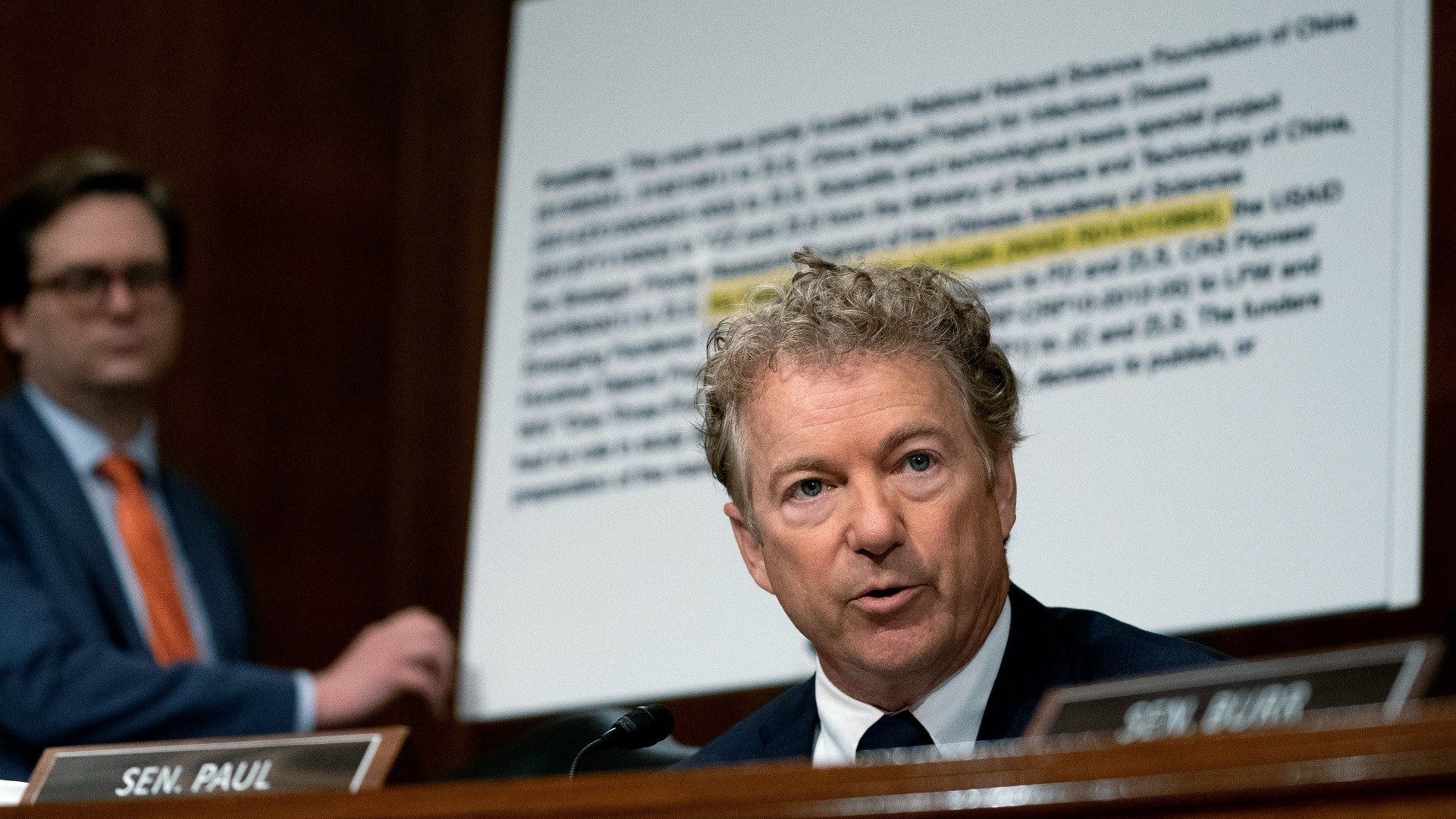 During an update on the country's COVID-19 response, Paul suggested Dr. Anthony Fauci lied to Congress about whether the National Institutes of Health helped fund research at the Wuhan Institute of Virology, the lab that could have started the outbreak.

The Kentucky Senator asked Fauci if he is aware that it is a crime to lie to Congress. Fauci responded that he had never lied before Congress, and reiterated that NIH never funded gain-of-function research.

NIH Director Francis Collins said in a statement earlier this year that "neither NIH or NIAID have ever approved any grant that would have supported 'gain-of-function' research on coronaviruses that would have increased their transmissibility or lethality for humans."

Fauci said Paul implied NIH is responsible for COVID-19 deaths, which Paul interrupted, "It could have been."

"If anybody is lying here, senator, it is you," Fauci said.

Fauci continued, saying Paul brings up arguments that are "based on no reality" during committee hearings.

The two have shared heated exchanges at previous hearings, including an argument over whether masks were "theater." Paul introduced federal legislation last week to prohibit the implementation of mask mandates on public transportation, saying his bill would "put a stop to this nanny state mandate."